MAIDUGURI/DAKAR/NEW YORK/GENEVA 15 September 2017 –The UN Special Representative of the Secretary-General for Children and Armed Conflict, Virginia Gamba, and UNICEF in Nigeria welcome today’s signing by the Civilian Joint Task Force (CJTF) in Maiduguri, northeast Nigeria, of an action plan to end and prevent the recruitment and use of children.

The CJTF, a local group formed in 2013 to support the Nigerian security forces in the fight against Boko Haram in northeast Nigeria and to protect local communities from attacks by Boko Haram, progressively expanded over the years. The group have been engaged in security operations and more recently, involved in providing security to camps for internally displaced populations.

In 2016, the CJTF was listed in the annexes of the Secretary-General’s Annual Report for Children and Armed Conflict for the recruitment and use of children. Following the listing, UNICEF, in its role as Co-chair of the United Nations Country Task Force for the Monitoring and Reporting Mechanism on grave violations against children, has been working with the group and Nigerian authorities to develop the Action Plan signed today. Through the Action Plan, the CJTF commits to put in place a number of measures to end and prevent child recruitment and use. Identifying and releasing all children within the group’s ranks and instructing its members not to recruit or use children in the future are examples of such measures.

UNICEF and partners will support the Nigerian authorities in providing reintegration services to all children released under the Action Plan.

“We have seen too many childhoods destroyed by the crisis in the northeast,” said Mohamed Fall, UNICEF Representative in Nigeria. “Today’s agreement is an important milestone for child protection and paves the way for a brighter future for children caught up in the conflict.”

”I congratulate the CJTF and the UN in Nigeria for the signature of this action plan, which brings hope for boys and girls deeply affected by the conflict in northeast Nigeria,” the Special Representative of the Secretary-General for Children and Armed Conflict, Virginia Gamba said. “Now that the Action Plan has been signed, I urge the CJTF to fully implement it in order to end and prevent the recruitment and use of children once and for all. The UN stands ready to support the CJTF in this process,” she added.

The action plan was co-signed by the President of the CJTF, Mr. Lawan Jaffar, and the UNICEF Country Representative Mohamed Fall on behalf of the UN Country Task Force, in the presence of the Borno State Deputy Solicitor General, Barrister Abdullahi Hussaini Izge. The SRSG for Children and Armed Conflict, Virginia Gamba signed the Action Plan in New York as a witness.

Representatives from the federal Government of Nigeria and Borno State Government were also present and remain committed to the implementation of the action plan.

UN Security Council resolutions 1539 (2004), 1612 (2005), 1882 (2009), 1998 (2011) and 2225 (2015) on Children and Armed Conflict established measures and tools to end grave violations against children, through the creation of a monitoring and reporting mechanism, and the development of Action Plans to end violations by parties listed in the annexes of the Secretary-General’s annual report on children and armed conflict.

The Special Representative of the Secretary-General for Children and Armed Conflict serves as the leading UN advocate for the protection and well-being of children affected by armed conflict. The mandate was created to help enhance the protection of children affected by armed conflict, raise awareness about the plight of these children, and promote the monitoring and reporting of abuses. The Special Representative reports annually to the General Assembly and the Human Rights Council. 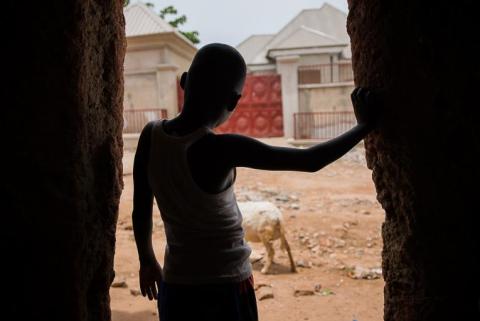