Milorad believes in his son’s progress

PODGORICA, 10 December 2018 – When you become a parent, in addition to the unique feeling of love and happiness, there are many fears which arise. One questions their ability to respond to the challenges that parenthood brings, occasionally dealing with the biggest question – is everything all right with my child? Milorad Brnović, the father of a five-year-old Luka, a boy with developmental disabilities, faced these fears himself.

“Just before Luka’s second birthday, my wife noticed certain changes in his behaviour. Although we have three older children, we had not noticed that anything was different with him. After the first examination performed by a psychologist, a number of tests ensued. At that time, I still thought that everything would slot into place and that everything was fine,” Milorad says.

He remembers that for a long time he refused to believe his wife’s impression that Luka had not been developing normally for his age. He thought that their son was merely spoilt.

My theory was that everything would slot into place and that we just needed to be patient. I told my wife that he was just a child and that she should be patient herself. The sobering moment for me was when we went to a neuropsychiatrist and she warned us at the very first examination that we were a little late, asking us why we had not come before.

At the proposal of Luka’s paediatrician, Milorad and his wife contacted the newly opened Centre for Autism, Developmental Disorders and Child Psychiatry in Podgorica. Luka started attending daily two-hour treatments at the centre. Three months of intensive work with Luka’s by professionals from the centre led to some visible results.

“After the treatment, we were informed that Luka was reacting and cooperating in a much better manner. They said that he had changed and that everything was better. They suggested that we should get him involved in sports, so Luka is now attending judo lessons. He is very happy there, and although he is not able to follow all the rules of training, he is trying his best,” Milorad says.

Milorad highlights the valuable advice they got from the staff at the centre on how to work and practice with Luka at home.

“Luka is everyone’s favourite at the centre, they say that he is very cooperative, and I am satisfied with their approach, because the people who work there are very dedicated and enthusiastic,” Milorad said of his impressions of the staff at the centre, who in the meantime have successfully completed a training programme for the early detection of disorders in child development, organized by UNICEF with the support of the Marimo Berk and David Drummond Fund.

Milorad proudly says that Luka’s charm and joyful nature are winning the hearts of his teachers and friends in the kindergarten.

Every time I take him to the kindergarten, he runs straight to his friends and they hug each other. His friends love and accept him, and he gladly takes part in group activities like dancing or performing, even though there are moments when he withdraws because he feels and sees he cannot communicate with his friends properly, choosing to play on his own instead.

Even though he knows that the real challenge of enrolling in elementary school is getting near, Milorad strongly believes in his son Luka.

In my eyes, Luka does not have a problem: it is just that he is unique, different. It seems to me that we have overcome our fear, and now we want to give him only the best. I firmly believe in him, and I am sure he will catch up with his generation, and even prove to be better in the things he is interested in.

However, it is not easy to maintain optimism, according to Milorad. He therefore believes that the parents of children with disabilities need stronger support.

Milorad concludes that the most important thing for both parents and children is to wake up and accept their child just the way he or she is. Their child may be different, but at the same time, he or she is unique, beautiful and yours. 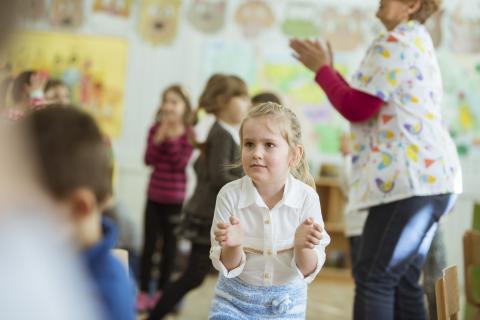 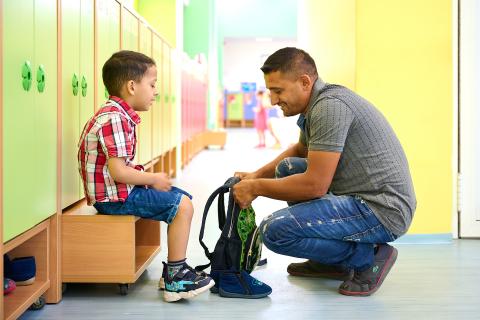 Preschool is a source of support for Sinan 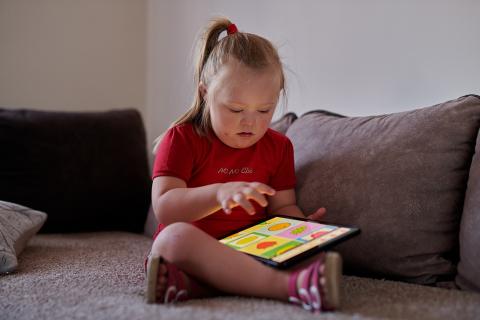 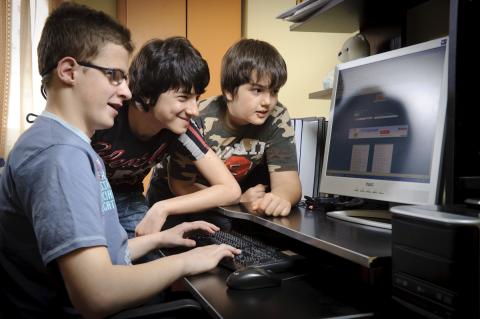