UNICEF research from December 2016 shows that there is generally low awareness of Montenegrin society about what is violence, as well as high tolerance towards violence. One in two citizens find corporal punishment of chidren acceptable and believe that yelling at the child is not violence.

Moreover, one-third of citizens think that slapping and threatening children are not forms of violence, while one quarter do not recognize blackmailing as violence in the upbringing of children. Majority of citizens (77 per cent) believe that parents should not allow children to question their decisions.

“End Violence“ campaign initiatied by the Government of Montenegro and UNICEF, with EU support, sparks a public debate on violence against children in Montenegro.

The aim of the campaign is to raise awareness that raising children without violence does not mean encouraging parenting which is too permissive.

In particular, the campaign promotes and supports parents to implement the best parenting practices in order to raise children without violence and to ensure that they grow up into healthy adults who respect themselves and others.

In line with the request coming from the majority of Montenegrin citizens (77 per cent) who think that parents should be provided with support to raise children without violence, the campaign calls on the entire society, and particularly on the experts, to unite with parents in the search for solutions which will allow both parents and their children to grow together. 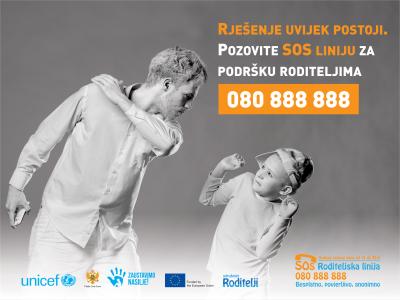 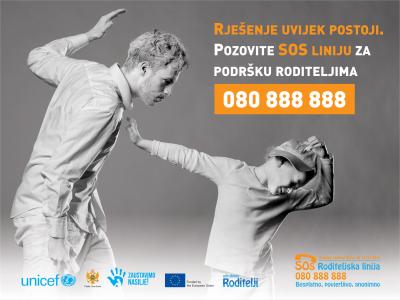 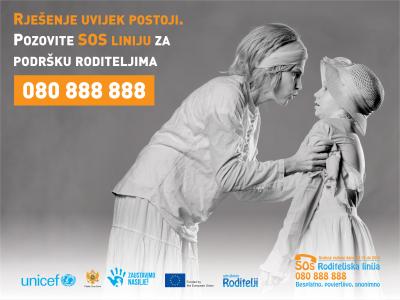 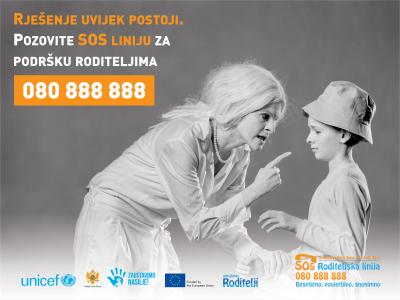