The World Immunization Week-2022 took place 24-30 April and was celebrated with the theme “Long Life For All”. The topic of immunization will be further addressed during the Mongolian National Ten Days Immunization Campaign in May 2022. For this occasion, UNICEF Representative in Mongolia, Mr. Evariste Kouassi-Komlan, granted an interview on vaccines and immunization to the Mongolian media that we are re-publishing in our news digest.

The World Immunization Week Campaign kicked off last week. The topic of immunization is to be continued with the Mongolian National Immunization 10 Days Campaign in May. What is the significance of these campaigns?

Each April, World Immunization Week brings together people from around the world to highlight the importance of vaccines and how they protect people of all ages against many diseases, giving us the opportunity to pursue a life well-lived. The WIW is celebrated jointly by children, parents, general public, health organizations, governments and international organizations. UNICEF is the world’s largest procurer of vaccines, responsible for immunizing 45 per cent of children on Earth. UNICEF procures more than 2 billion doses of vaccines annually for the routine immunization and outbreak response on behalf of nearly 100 countries. Over the past 20 years UNICEF along with Gavi, the Vaccine Alliance, reached out to over 760 million children with live-saving vaccines, preventing more than 13 million deaths. Hence, we are the main partner in the WIW. The other main partner is of course, the World Health Organization. The activities over WIW sought to inspire action from the public and decision makers in support of immunization priorities. Our aim is to remind people about the importance of routine vaccination and urge parents to take their children for immunization, in case any of the vaccines were missed. As you’ve correctly mentioned, Mongolia’s National Ten Days Immunization Campaign starts in May, following the WIW. This campaign is all about supplementary or catch-up immunization, endorsed by the Government Resolution. In other words, these ten days are used for vaccinating those who have missed the routine vaccination opportunities. During these important days, we remind ourselves of what immunization has brought to the people of the world. In fact, out of a great number of amazing discoveries made by humankind, the vaccine was the one that saved most lives though preventing people from serious illnesses, impairments, and possible deaths, and prolonging and improving quality of human lives.

During over two and a half years of  COVID-19 pandemic, the issue of vaccines has been in the spotlight, causing a vaccine fatigue across the population. How harmful is this attitude?

Indeed, for the past 2.5 years we’ve talked a lot about COVID-19 response measures, vaccines and asked people to take COVID-19 vaccines to halt the pandemic and save as many lives as possible. COVID-19 has been particularly dangerous, especially for the elderly and people with chronic illnesses, unless they got vaccinated. We have all been through very stressful times with lockdowns, borders’ closures,  loss of mobility, and numerous questions about new vaccines. In this situation, developing a vaccine fatigue is understandable. The entire humankind faced a new, completely unknown, disease and the scientific community had to come up with answers in a very short time. Hence much discussion grew around the newly developed vaccines. Overwhelmed with the COVID-19 response though, the public outreach and information about the importance of routine vaccination faded into the background. For the first time in the past 30 years the routine immunization of children was disrupted in many countries. This gap is manageable on the short run, but if the number of unvaccinated people increases over the years it might result in the risk of facing a vaccine-preventable disease outbreak. Hence, to prevent this, we need to ensure that routine immunization is carried out smoothly, regardless of the circumstances. In conflict zones, for instance, UNICEF arranges ceasefires to vaccinate children on time. Currently, every country is investing into their economies to recover from the pandemic. This is our once-in-a-generation opportunity to build better health systems, invest in universal health care and reach every child with vaccines. UNICEF calls upon the governments to use this opportunity smartly.

In 2015-2016 there was a large measles outbreak in Mongolia that covered the entire country. We lost a few dozens of babies. Could we say that this outbreak occurred because of the gaps in routine immunization?

Indeed, this is exactly what has happened. In the 1990s Mongolia went through a very challenging socio-economic transition and during those years, the country was not able to support the National Immunization Programme properly. In other words, many children slipped through the cracks in the immunization programme and remained unvaccinated. Children born during those years became parents in 2015. Unvaccinated mothers had no immunity against measles; they contracted measles and infected their babies. The first dose of measles vaccine is usually administered at 9 months of age, before that babies get measles antibodies from their mothers. However, unvaccinated mothers had no antibodies to pass on to their babies. Hence, the unfortunate outbreak claimed lives of many Mongolian babies. Measles outbreaks took place in many other countries as well. Thus, in 2019, there was a large measles outbreak that took lives of thousands of babies in East Asia and the Pacific. Mongolia has learned its lessons from the previous outbreak and based on the finding of a serological surveillance, with UNICEF support, in less than 3 months, measles vaccines were administered to 500 thousand children and youth all over the country, who had no immunity against measles. As a result, Mongolia had no deaths and only one imported measles case in 2019. Measles is a highly contagious disease that hits the unvaccinated with a sharp precision. The only way to protect yourselves, the loved ones, your children and the nation from measles, is to get vaccinated. This is the reason why the measles vaccine has become included in any nation’s routine vaccination programme. These experiences show us that in order to avoid tragic outcomes, the routine immunization programmes should never be interrupted, regardless of what the situation is in the country. Getting their children vaccinated is every parent’s duty, and granting access to immunization is governments’ responsibility.

You’ve just mentioned that the routine immunization has slipped in many countries due to the COVID-19 pandemic. The pandemic has interrupted health care services in many countries with re-structuring and deployment of resources for COVID-19 response. Did this also affect the National Immunization Programme in Mongolia?

UNICEF has issued a Love Letter during its WIW campaign. It is a very touching letter, that could move even the toughest hearts. I’d like to give you the opportunity to tell our readers about this letter and explain why is it called a Love Letter?

Edward Jenner, a founder of vaccinology in 18th century, has given the first modern vaccine to a boy named James Phipps In 1796. This vaccine protected the eight-year-old from smallpox, a disease that later was eradicated from Planet Earth due to the vaccine. So, this advent of the modern vaccine 220 years ago became the starting point of the biggest achievement in human history - immunization through vaccines. Vaccines have saved more lives than any other invention in history. Hence with this year’s WIW we, in UNICEF, world’s leading organization on child rights, thanked everyone involved in vaccines. We thanked all the doctors and scholars whose work on prolonging human lives led to invention of vaccines, we thanked every scientist, who invented life-saving vaccines, we thanked workers who fill vials at factories, designers who make the solar fridges to keep vaccines cool, we thanked crews, pilots and drivers who brave deserts, mountains and rivers and trek for miles in sand and snow, to bring babies their very first dose. We thanked doctors and nurses who give needles with funny, little voices so it doesn’t hurt too much. We thanked parents who take their children for vaccination and we thanked everybody who was ever vaccinated. We called our thank you letter a Love Letter. Because it takes love to save lives. And because only due to the efforts of each one of us, we, the humankind, are able to protect our children and our futures from dangerous deadly diseases and enjoy healthy, productive, and longer lives. In the past 20 years 1.1 billion children were vaccinated, 3 million children are vaccinated each year: this is a remarkable joint achievement! This is an achievement, enabled by Governments that devotedly support National Immunization Programmes year after year. I would like to take this occasion to also thank the Government of Mongolia that for decades ensured the viability of the National Immunization Programme, making it one of the best in the world. Mongolia has a long-standing history of achievements since 1950s, winning over the contagious diseases such as smallpox. Mongolia’s vaccination programme, among other important public health interventions, has greatly contributed to the population growth and health gains that the nation has been witnessing over the past decades. Today, we’d like to thank the Mongolian media, who supported the WIW campaign this year and shared and disseminated our Love Letter with their readers, we thank all the people, including youth and children, who shared our Love Letter on their social media pages and disseminated it to their groups and communities. We thank the editors and journalists who have reached out to us for information. We are saying a big thank you to all of you! We are proud to be the leading organization devoted to protecting the next generations through vaccines as part of our mission that we’ve shared across continents in decades. Now with the beginning of the National Immunization 10 Days Campaign in Mongolia in late May, we’d like to remind every parent who has not yet vaccinated their children to take this opportunity and immunize their children to ensure their healthy future and long lives. On behalf of all of us here, at UNICEF, I wish a long, healthy life to all!

#The routine immunization is a system through which countries vaccinate the population from vaccine-preventable diseases to ensure healthy and long lives. A great many of them are administered from birth through early childhood like the vaccines against measles, pertussis and rubella#. 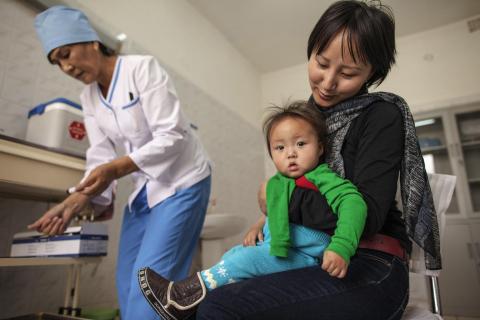 How to safely get routine vaccinations for your child during the COVID-19 pandemic. 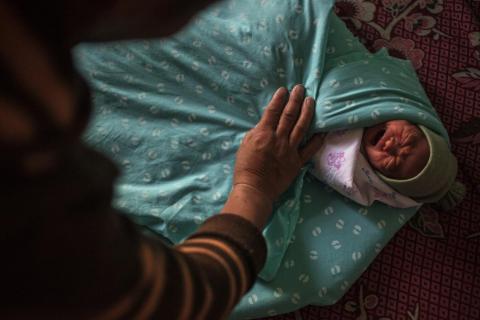