UNICEF has worked in Mongolia for over 50 years. Over this period, the country and its people have experienced dramatic transformations that have brought about different challenges – a transition from a centrally planned to a market economy with strong democratic values and institutions; from a low-income to a lower-middle-income country; from a recipient of development aid to a leader in the promotion of multi-lateral diplomacy and human rights.

In response to Mongolia’s increasing capacities, development and economic growth, UNICEF has gradually re-focused its work in the country to better accompany and support the Government in ensuring that every child reaches his or her full potential.  In practice, these shifts entail a sharper focus on equity to reach the most disadvantaged children and a more explicit upstream approach to connect policy development with equitable service delivery for children at local level. They also imply a gradual transition from direct service delivery to provision of technical support for strengthening policies, legislations, norms and standards, connected with improving child outcomes at local level.

While the scope of the UNICEF programmes may have changed over time, the organization’s core mandate has not: UNICEF is in Mongolia to reach every child. 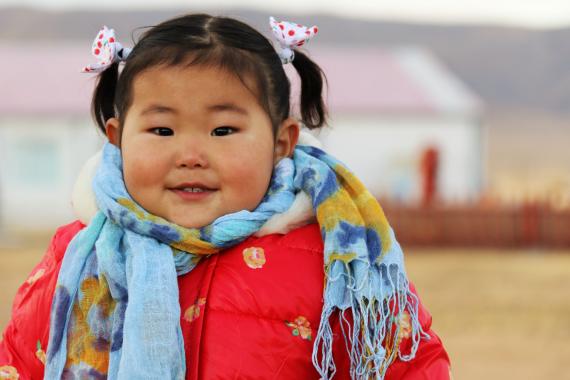 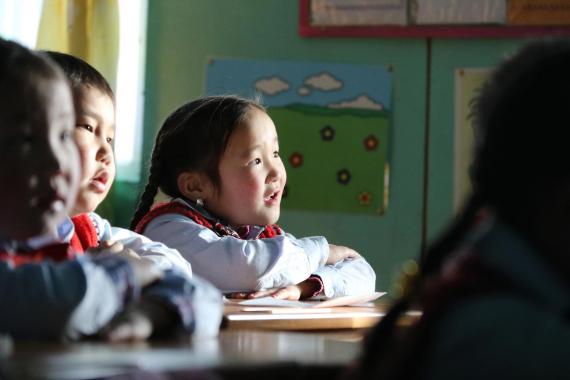 Challenges to child well-being in Mongolia

The recent economic downturn has constrained spending on social programmes, which has affected children in particular. Income inequality has increased, and though rural poverty has declined, children in remote rural areas are much more disadvantaged than those in towns. Disparities in the under-five mortality rate are still a concern, with stark inequalities between remote regions and Ulaanbaatar, the capital, and between the richest and poorest groups. Childhood stunting is almost twice as common in rural areas. Enrolment in early childhood education is also low, with one in every four children not attending preschool across the country. Indicators for water, sanitation and hygiene remain stagnant, with 83 per cent of the population having access to improved drinking water sources; and only 59 per cent able to use improved sanitation facilities[1]. There are further disparities based on geographic location and income.

Mongolia’s geography also presents unique challenges. Its small population – a third of whom are semi-nomadic – is dispersed over a vast area, larger than the combined territory of Great Britain, France, Germany and Italy, and is exposed to winter temperatures as low as -40°C. Delivering services to children, such as schools, clean water and toilets, is therefore extremely challenging, and especially to those living in remote areas.

In response to Mongolia's development and economic growth, as well as alarming evidence of increasing disparities, UNICEF has gradually shifted its work to focus on reaching the most disadvantaged children by supporting policies that will promote and protect their rights.

In partnership with the Government, United Nations partners, the private sector, civil society, academia – and with the full participation of children and young people themselves, UNICEF conducts research on children’s well-being and uses these results, coupled with extensive technical expertise on child-related issues, to develop interventions in disadvantaged areas.

These interventions not only deliver tangible results for children on the ground, they also provide evidence to develop interventions that can be reproduced on a national scale. To achieve long-term and sustainable results for children UNICEF advocates with local and national authorities to develop social policies, programmes and budgets that will benefit children. UNICEF invests in partnerships and mobilizes national and international partners around priorities for children. UNICEF also connects Mongolia to global innovation, knowledge and best practices for children.

Learn more about us 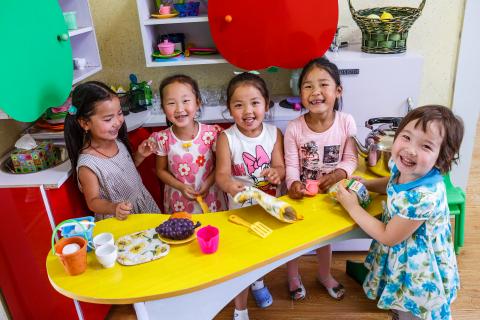 Find out what how UNICEF Mongolia works 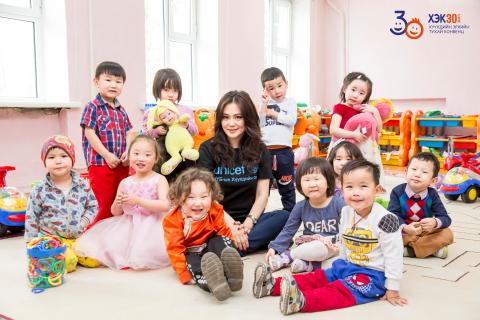