Working to ensure that all children in the region have equitable opportunities to quality and relevant education.

Nearly half of the population in the Middle East and North Africa is aged under 24. 1 in 5 people in the region are between 10-24 years old. These adolescents and youth have the potential to become changemakers, by actively contributing to addressing the region’s most pressing issues and to reaping the demographic dividend. But to unleash this potential, they need access to opportunities to learn and develop skills needed to earn a dignified living.

UNICEF works with governments and partners in over 16 countries in the region, supporting national education systems to provide access to quality education and learning opportunities, in formal and non-formal settings, for all children, wherever they are.

Conflicts and crises taking their toll on further progress

The MENA region continues to witness several conflicts and crises.  One in every five children in MENA is not in school, and of these out-of-school children, an estimated number of over 3 million should have been in school if the crises never happened. By the end of 2017, the armed conflicts in Syria, Iraq and Yemen brought back the number of regional out-of-school children to its 2007 level of over 14.3 million.

For many who can access school today, the possibility of learning in a classroom is jeopardized by continued conflicts. More than 8,850 education facilities in Syria, Iraq, Yemen and Libya[1] have been attacked and destroyed leaving them incapable of hosting students for education purposes.

Many of those who receive education, often find themselves unequipped with the skills sought after in the labour market, and unable to engage in meaningful and dignified work. Two-thirds of youth in the Levant feel that the education system is not preparing them for their future, according to Arab Youth Survey 2017.

Gender inequalities continue and are exacerbated by conflicts and crises, leaving many behind

Crises increase the vulnerability of children and youth, with girls often more at risk of gender-based violence and child marriage, and boys being forced into child labour or recruitment in armed forces by parties to the conflict.

Adolescent girls are 1.5 times more likely to be out of school in lower secondary education in the region and one in five girls in the region are married before the age of 18. For female youth, the unemployment rate is even higher where more than 2 out of 5 in North Africa and more than one third in the Arab States being unemployed. [2]

Education systems are failing, leaving learners without the skills they need for a prosperous future

Poor quality education – in international assessments of learning outcomes, such as PIRLS and TIMSS, most participating countries from the MENA region perform at the bottom and all MENA countries below the centrepoint of 500. In all countries in the region, female grade-4 students perform better than male students, with the highest disparity in Saudi Arabia with 65 points, and the lowest disparity in Morocco with 28 points. Egypt ranks with 37 points gender difference in the middle. Out of those children who are in school, only half meet the lowest benchmark measuring skills for reading, mathematics and science. Traditional teacher-centred and rote-learning approaches and outdated curricula are failing to facilitate the skills development essential for lifelong learning, employability, personal empowerment and active citizenship.

Mismatch between skills and labour market requirements – those in the region who do make it into the labour market are often ill-equipped, with employers reporting a widespread shortage of crucial life skills such as creativity, critical thinking, problem-solving and communication. Partly this is due to the lack of opportunities to gain work experience before leaving school. Overall, every additional year of schooling adds only around 5.4 per cent to earnings, compared to the world average of 7 per cent. Education systems are failing to prepare children, adolescents and youth for the workplace, and labour markets are not generating needed jobs. Youth unemployment rates (15-24 years) in MENA are highest in the world where close to one-third of youth in North Africa and more than one out of five youth in the Arab States are estimated to be unemployed as of 2018.

UNICEF MENA promotes the transformation of education systems - to rethink what to learn and how to learn, and to provide children and youth with flexible learning opportunities and equip them with skills that go beyond the traditional literacy and numeracy skills or knowledge of subject matters currently taught in most education systems.

Children and youth of today are the leaders and workforce of tomorrow. They need learning opportunities that are relevant and life-long and equip them with knowledge and skills that prepare them for the future. Education systems need to adapt to current realities if they are to serve the needs and requirements of today and future generation.

UNICEF promotes a holistic, lifelong and rights-based vision for education through the Life Skills and Citizenship Education (LSCE) Initiative. The Initiative brings a diverse group of stakeholders around the new learning agenda that puts life skills at the core of learning throughout life, delivered through multiple pathways, beyond schooling, preparing adolescents for transition into dignified adulthood.

Collaborative efforts are necessary to promote such a transformative learning agenda. Curricula, assessment and teacher development systems need to align for relevant learning and teaching to take place (Systems); violence-free and learning-ready environment, at school and in communities, should be accommodated for learning to take place and sustain beyond the school (Enabling environment). diverse way of learning should be developed to allow flexibility and adaptability, to benefit the children with no access to school or formal education (Multiple Pathways). Child-centred teaching methods and life skills related contents are required to promote learning and socio-emotional wellbeing of children aligned with requirements of the labour market so that children and youth would be ready to engage in dignified economic activities and sustain their living. (Teaching and Learning).

Innovations and technology provide new opportunities to deliver the new learning agenda, particularly when reaching out to the most vulnerable children and youth in the region. UNICEF looks for implementing innovative and technology-enabled interventions that have proven successful for easier access to education and learning throughout the lifecycle. UNICEF also encourages the private sectors to synergize efforts related to providing equal quality learning opportunities.

Children are our future. While they are not part of today’s problems, they are the most affected. We, therefore, need to ensure they have the best possible opportunities to develop their potential. We cannot let them down, not today and not tomorrow!

These resources on education represent a selection of materials produced by UNICEF and its partners in the region. The list is regularly updated to include the latest information. For more information see: 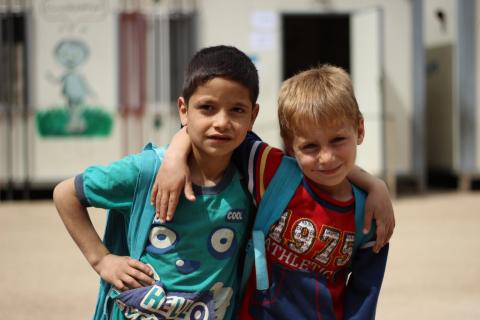 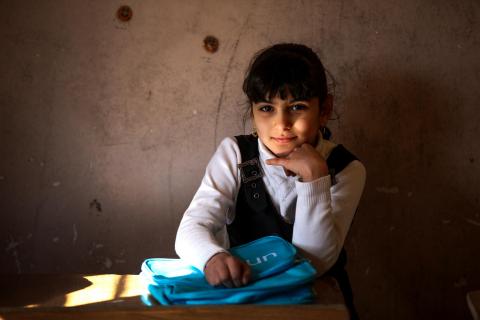 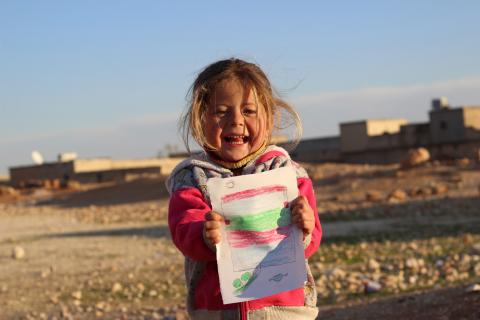