Because every child deserves a life free from harm

In recent years, the Maldives has strengthened its focus on protecting children and adolescents. The Maldives was among the first countries to sign and ratify the Convention on the Rights of the Child in 1991. This marked a national change in the way children are viewed and treated – as human beings with a unique set of rights. Since then, the government has created special institutions, such as the Family and Juvenile Courts, to better address legal issues facing young people. They have also implemented interventions at the local, atoll and national levels, including a national child protection policy for educational settings. For years, the country has worked to improve the situation for children, and have established a number of mechanisms for reporting – and preventing – protection concerns around the country.

Regardless of these successes, however, in the Maldives, many children are still forced to grow up too fast. The country’s wide geographic dispersion sets some families hundreds of miles from the capital, separating communities by a vast distance and at times, a rough expanse of sea. Because of this, some spend their childhoods in remote island communities, far from the systems designed to protect them. Others grow up in one of the most densely populated cities in the world, the Maldivian capital of Malé. And some, especially the adolescents, migrate from small islands to large ones, hoping to attend a secondary school with more diverse classes. Each reality can place children at risk of exploitation, at times funneling them into drug abuse and crime.

Nearly one-third of Maldivian girls in secondary school have been sexually abused at least once.

To compound such issues, child protection systems on remote islands can be weak and uncoordinated, preventing children from getting the help they need at the moment they need it. In addition, when children leave their families to attend schools in larger cities, they are often forced to live alone or with host families who might not have the child’s best interests at heart.

Violence against children
In the Maldives, adults often use force against children in the home or the classroom. Across the country, 15 percent of adolescents have been sexually abused at least once, with rates among girls double that for rates among boys. In a close-knit island community, it can be incredibly difficult for a child to come forward about their experiences of abuse, especially in a context where such violence is often considered a “family issue” to be resolved in the home. In addition, nearly half of all children have experienced emotional or physical punishment.

Such norms have long perpetuated violence in the Maldives, though in recent years, high-profile abuse cases and a surge of advocacy from the national government and civil society actors have raised awareness of children’s rights and protection concerns. These cases, along with continued effort from organizations, policymakers and government bodies, has shed light on the harms of violence against children. As a result, there has been a massive uptick in the number of reported abuse cases in recent years.

In 2017, 165 children in the Maldives were in state care after being physically, sexually or emotionally abused.

Though awareness around child violence is a good thing, an increase in reported cases has led to an increase in the number of children in state care. As of 2017, there were over 165 children living in state-run housing, the majority of whom were removed from their parents or guardians as a result of physical, sexual or emotional abuse. This increase has overwhelmed national protection systems, making it difficult to address the needs of children in state care.

Drug use and crime among adolescents
In Malé, 10 percent of students are living without their parents, according to the Ministry of Education. Many of those students are child migrants, who arrived in the city at the age of 16 or 17 seeking educational options unavailable in their island homes. Only a fraction of schools in the Maldives provide all three options of study – science, commerce and arts – at the secondary school level, forcing adolescents to relocate if they want to continue learning. As a result, many children settle into new schools (and new communities) without any sort of support system.

Alone and under-supported, children can find themselves at the center of crime, gang violence and drug abuse, the latter of which has increased dramatically in recent years. To fill that gap and secure a sense of belonging, an increasing number of children in Malé are joining gangs, exposing themselves to both crime and drug use from a very early age. Gangs do not only attract child migrants; the majority of children in conflict with the law have experienced physical, sexual or emotional abuse in the past. Once entering such a cycle, it can be nearly impossible for children to escape from it, highlighting the need for comprehensive support systems at the community and national levels.

Of the cases referred to the Maldives’ Juvenile Justice Unit in 2017, 43 percent were drug-related, 24 percent involved theft, and 22 percent were related to violent assault. Gang violence is increasing in the capital city, and to mitigate such circumstances, local and national systems must be strengthened to prevent gang involvement and support those already involved.

Protecting children in their communities
At the community level, UNICEF works with the Government of Maldives to coordinate Community Social Groups (CSGs) in five atolls of the country. Instead of working in a silo, members of CSGs can coordinate with people across multiple sectors – including the police force, health providers, the school system, social services, and the local government – to strengthen their support for children experiencing abuse and exploitation. The government is now expanding CSGs to islands across the country, and by the end of 2019, hopes to have CSGs active in at least half of Maldives. UNICEF supports this effort by training, monitoring and strengthening CSGs in each community.

Creating referral mechanisms
UNICEF helps children and adults report child abuse cases no matter where they live. We launched a hotline and the “Ahan (Listen to Us)” smartphone application, the latter of which allows people to report abuse at the click of a button. The application also helps people access information on each island’s protection resources, and contains the contact information of local representatives. We promoted the application and the hotline through mass and social media to encourage usage, and since then, both children and adults have utilized these resources to report abuse.

Boosting knowledge at the local and national level
At times, it can be difficult to understand the realities of child abuse and the challenges faced by children in conflict with the law. UNICEF works to bridge the gap between children and decision-makers by training all those involved, including police officers, social workers, prosecutors, judges and magistrates, teachers and case workers at the Juvenile Justice Unit. By training these individuals, we are strengthening their capacity for preventing, protecting and responding to cases of violence against children, juvenile crime and drug abuse. We also promote the use of restorative justice as opposed to punitive approaches, particularly when it comes to children in conflict with the law.

Building awareness in the tourism industry
Over the past few decades, a surge in tourism has brought huge change to the Maldives. UNICEF works with Maldives Police Service and the Ministry of Tourism to ensure children are kept safe in their rapidly shifting communities. By training guesthouse owners, managers and service providers, we boost awareness of common child protection concerns within the travel and tourism industry. We also train officers from the Department of Immigration, raising awareness to minimize the link between tourism and child exploitation.

Engaging parents in the fight against violence
UNICEF educates mothers, fathers and caregivers across the Maldives to increase children’s safety. On World Children’s Day, we educated over 400 fathers on violence against children and their responsibility to protect children, providing an opportunity for parents to openly discuss issues around child abuse. Through sessions like these, we ensure communities are aware of the mechanisms of reporting child abuse, and promote the rights of children at the home and in the classroom.

Assessment of the Situation of Students who Migrate to Malé for Education   |   UNICEF, 2015

National Study on Violence Against Children in Maldives   |   UNICEF, 2009 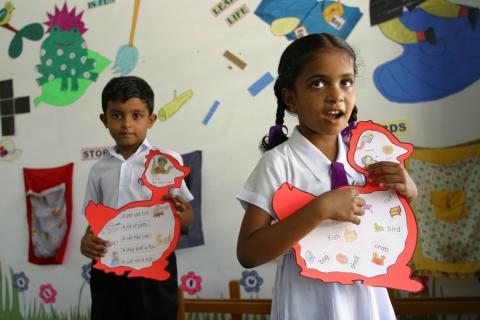 Discover UNICEF's history in the Maldives 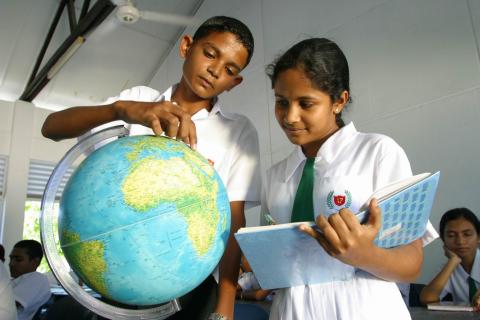 Learn how UNICEF is helping children learn in the Maldives.

National Study on Violence against Children in the Maldives

Learn more about the challenges children are facing in the Maldives. 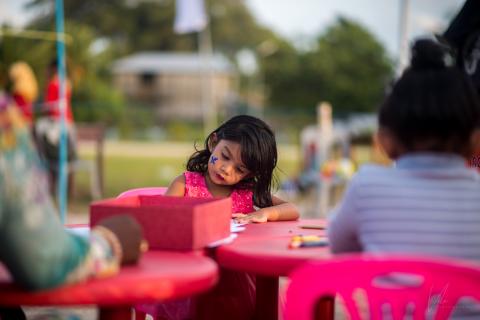 Learn more about children's lives in the Maldives