The African Drone and Data Academy in Malawi

Drones and Data for Good

Background: UNICEF and the Government of Malawi are spearheading the use of drones and data for development and humanitarian purposes. In June 2017, they opened the first drone testing corridor worldwide as a technology-friendly environment for local and international drone companies to test their solutions.

Since then, UNICEF, with its partners, has been using drones for a wide range of different applications in Malawi – from delivering medical commodities to collecting aerial imagery for predictive analytics. Aerial drone imagery can potentially be used to identify mosquito breeding sites and help to combat malaria. Processed drone images can help identify flood-prone areas and prevent cholera outbreaks by creating vulnerability maps of areas that lack basic hygiene infrastructure. Artificial intelligence can also classify aerial photographs of crops to improve food security and help to prevent malnutrition. Drones and data are also used to support real-time emergency response for children and their communities.

Drones, data and artificial intelligence are leapfrog technologies that allow more informed and agile development response and potentially accelerate economic growth in the region. However, to achieve this, Malawi and neighbouring countries lack qualified and skilled personnel needed to seize the opportunities offered by drone and data technology. To respond to the skills deficit, UNICEF established the first African Drone and Data Academy (ADDA) in January 2020.

The ADDA course, developed by the international project lead Virginia Tech, combines theoretical and practical methodologies in making, testing and flying drones. The curriculum allows young people to learn how to construct and pilot drones, to integrate them into a supply chain system and to analyse drone data. It follows UNICEF’s ‘Drones and Data for Good’ vision, focusing on the potential of technology to deliver positive results for every child.

The ADDA will initially be implemented over four years. From January 2020 until July 2021, some 140 students will enrol in a 10-week course in six cohorts (24 students per cohort) gaining a Certificate in Drone Technology (CDT) from Virginia Polytechnic Institute and State University, commonly known as Virginia Tech upon successful completion.

Virginia Tech is partnering with the Malawi University of Science and Technology (MUST). International “flying faculty” will travel to Malawi from international partner universities throughout the year and are supported by ADDA local instructors during the lectures. Through this co-teaching approach, the local instructors will learn the curriculum on-the-job, and subsequently, be able to deliver the training themselves. Virginia Tech has the responsibility to ensure that the accreditation of the certificate and Master’s degree is of international standards and approved and recognised by the Government of Malawi and the Malawi Department of Civil Aviation.

The first cohort of the ADDA: The first cohort of students in the ADDA is from Malawi and other African countries, including Uganda, Kenya, Sierra Leone, Ethiopia, Botswana, Nigeria and Tanzania. At least half of them are female.

The ADDA students are learning these 21st-century skills to enable them to formulate a new response to the most pressing challenges:  like Annie from Kenya who hopes to combat cholera with a health NGO; Hafsatu from Sierra Leone who wants to improve emergency preparedness; Karen who wants to take back her expertise to help communities in Uganda; and, Deborah from Malawi who wants to address environmental challenges to improve living standards and health of people in Malawi. Other students want to use drones and data to battle hunger, e.g. by using social entrepreneurship and land surveying.

The way forward for the ADDA: By 2022, the academy will run a two-year master’s degree programme in drone technology in conjunction with the Malawi University of Science and Technology. The curriculum is designed to build local capacity and a favourable ecosystem so that sustainable business models for using drones and data for development can emerge. The Master’s programme on Drone and Data Innovation will be the first of its kind focusing on the specific needs of the global south worldwide. The academy will be open to students from Malawi and neighbouring countries with a ratio of at least 55 per cent female students, with all students being exempt from tuition fee and the majority receiving a full scholarship covering transport, room and board.

Drones and Data for Good

Apply to the African Drone and Data Academy

Get to know students from the first cohort

See who is talking about ADDA 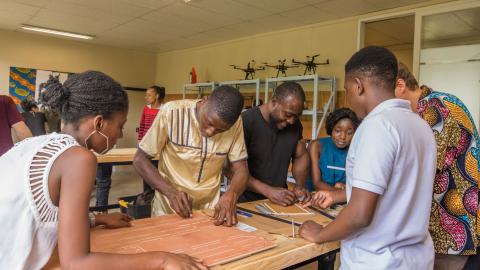 Hear from the ADDA students on their experience so far

Innovating for children in Malawi 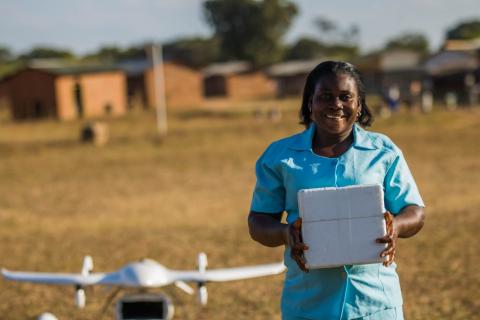 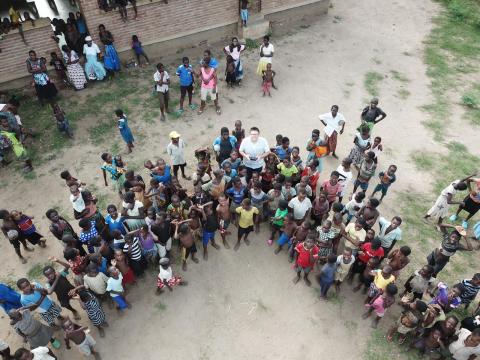 Flying a drone in Nsanje: my first emergency deployment