As the world marks World Polio Day, UNICEF, the World Health Organization and partners across the Middle East bolster efforts to contain a polio outbreak triggered by the conflict in Syria and Iraq

UNICEF Lebanon spearheaded this campaign aimed at raising awareness of the immediate risk posed by a return of the polio virus. Funded by the European Union, the campaign targeted parents and caregivers of at-risk children by addressing them directly and effectively through schools and other centres of education.

As the world marks World Polio Day, UNICEF, the World Health Organization (WHO) and partners across the Middle East are bolstering efforts to contain a polio outbreak triggered by the conflict in Syria and Iraq last year.

In the coming weeks, 25 million children under the age of five, across seven countries, (Syria, Iraq, Lebanon, Jordan, Turkey, Egypt and Iraq) will be vaccinated against polio, amid rising hopes the outbreak in the region has been contained.

UNICEF Lebanon’s Polio Eradication Campaign targets schools, and informs parents and caregivers of key facts about polio, sharing with them critical information on how to stop the return of the virus. 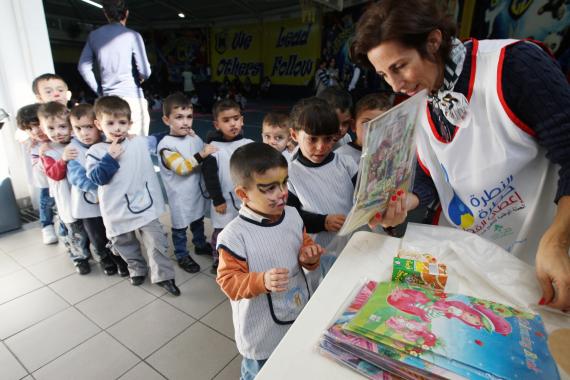 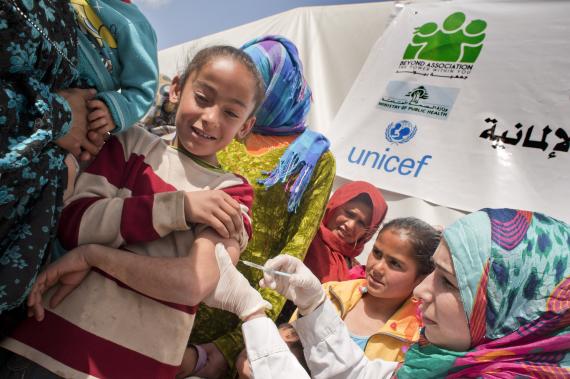 Watch this short video to see how ensuring your child is vaccinated plays an important role in keeping Lebanon polio-free!

Highly infectious and incurable, polio spreads rapidly and can cause lifelong paralysis of children – sometimes even death.

The campaign raised awareness of the virus, advising parents and caregivers that the only weapon against polio is vaccination of every child. Available free of charge to all children under five years old in Lebanon, and administered two drops at a time during the campaign. The campaign encouraged caregivers to take their children to a family doctor or public health centre, and added that new-borns should be vaccinated before leaving hospital.

The campaign represented the first major and concerted effort in what was to become a multi-year and multi-agency campaign.