To ensure that children realize their right to food and nutrition and reach their full potential.

4%, misleading figure for global acute malnutrition in Haiti. Because this relatively low statistic hides disparities between departments. The most remote areas such as South-East department, have rates twice the national average. In Mare-Briole, an isolated locality, too many children suffer from malnutrition.

A sea mist falls on the green hill of Mare-Briole. And covers with a halo of mystery the little health point that dominates the Caribbean Sea. In this clean and remote borough of the South-East department, a stone's throw from the capital of the commune of Belle-Anse, women and their children arrive one after the other, very often on foot, at the health point, a simple tin-roofed stone house. Like Foulane Altidor and his daughter, malnourished, in her arms. Like her, “a dozen children out of 20 received at the health point this morning are showing signs of malnutrition,” says Carine Flerismond, UNICEF nutrition officer in Haiti. For this child, the MUAC-tape indicator is on the “red” zone, a sign of severe acute malnutrition,” adds Ms. Flerismond, engaged in the field of nutrition for ten years. The MUAC tape (Mid-Upper Arm Circumference) is a bracelet that is wrapped around a child's arm to determine malnourishment severity and appropriate treatment plan.

Foulane and her daughter had to walk nearly thirty minutes, up and down several passes before joining the advanced health point. “In the department, the challenge we face is isolated populations, very impoverished,” abounds Magali Constant Duguerre, nutrition focal point of the health authorities for the department of South-East. “And among these families, there is a significant rate of single-parent families, very often, women who are left alone with several children to raise.” This is true of Foulane who whispers, “not having enough money to feed her children several times a day.”

At the bend of the bumpy road linking Belle Anse to Jacmel, capital of the department, you must cross a field of corn in fallow to reach Foulane’s thatched roof house. On the threshold, simple banana trees, but no land to grow enough to support her children. “It's a difficult situation,” says UNICEF's Carine Flerismond. “The causes of malnutrition in this region are multi-sectoral. It is necessary to act on the financial independence of these households.”

As a result, malnutrition peaks and nutrition teams of the Haitian health authorities supported by UNICEF are mobilized. “In 2019, severe acute malnutrition affected more than 9% of children in this department of the South-East,” says Magali Constant Duguerre. “This is twice the national average, and we need more mobilization because we are dangerously close to the emergency threshold of 15%". According to the EMMUS, Haiti's Demographic and Health Survey (DHS), the global acute malnutrition rate is 4%.

At the end of August, as every month, the health center is supplied with ready-to-use therapeutic food (Plumpy'Nut) by the South-Eastern health department. After two hours of driving, a dozen boxes, each containing 150 bags, are stored at the health point of Mare-Briole and distributed to twenty mothers.

"We delivered 800 boxes just for the South-East department," said Carine Flerismond. "And for all Haiti, between January and September 2019, 135 tons of Plumpy'Nut have been distributed". Peanut, oil, and sugar bags that continue to save lives. In the first nine months of the year, 10,700 Haitian children have been saved from malnutrition.

Causes of malnutrition are multiple and multi-sectoral ranging from food insecurity, poor child feeding and care practices, inadequate access to safe water and sanitation to socio-economic inequalities and widespread poverty. Haiti is signatory of the Scaling Up Nutrition (SUN) movement since 2012, which calls upon collective action from Government, donors, civil society, private sector and research institutions to ensure that children realize their right to food and nutrition and reach their full potential. 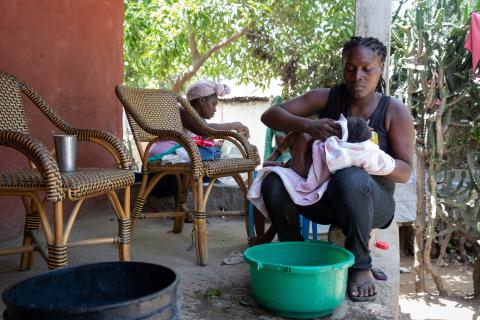 “I get my children immunized because I love them”

Despite the rumors and false information surrounding vaccination, Josena rightly believes that it is the safest way to protect her children from diseases. 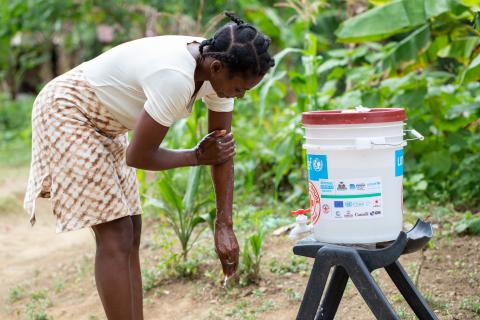 In Haiti, mother seeks to protect daughter from COVID-19

Raymone learned on the radio how you can contract the disease and how to protect yourself. She immediately started looking for a prevention tool: a tap buck 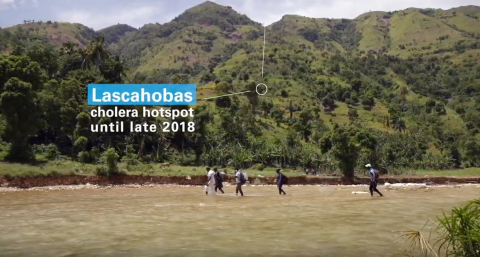