Chosen from more than 270 applicants, 24 environmental young leaders from 18 countries are part of the “Delegación Joven”. 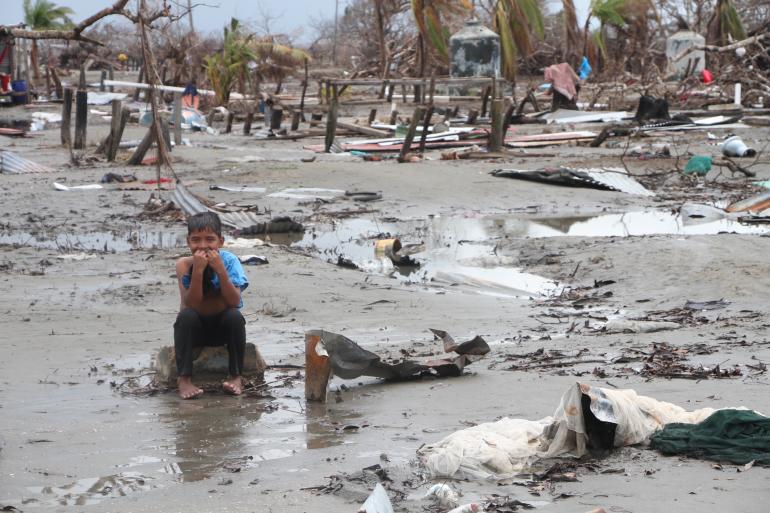 PANAMA CITY, 13 September 2021 - Incorporating environmental education and integrating youth in decision-making in the face of climate change are the demands of 24 young environmentalists. They are part of the “Delegación Joven”, promoted by the MERI Foundation and UNICEF. They were selected to represent the youth of the region at the 2nd Conference on Scientific Evidence and Public Policy: Climate Change in Latin America and the Caribbean.

Although climate change seriously affects children and youth, they are not participating in decisions to address the crisis. According to the U-Report survey conducted by UNICEF, 65 percent of young activists in Latin America and the Caribbean say they have never been included in climate and environmental public policy decisions.

“They are limiting our future by deciding without us. Youth must have an active role in decision-making,” said Bolivian activist, José Enrique Cerezo, during the conference. “We need our voices and reports to be taken into account. It's not political window dressing, it’s time for action,” said Nicole Reyes, who works on ocean protection in Peru.

The meeting was attended by scientists, decision-makers, representatives of civil society and indigenous peoples. At this forum, the young activists also called for greater access to information and the implementation of environmental education in curricula.

“Education is a fundamental tool to combat climate crisis and create systemic solutions, instead of patches,” mentioned Julieta Martínez. She founded the “Tremendas” platform in Chile and created “Climáticas”, an environmental education academy with a gender perspective. Floridalma López, a Guatemalan activist, added that “education must strengthen our resilience and adaptation to climate change”.

According to the World Meteorological Organization, 2020 was one of the three warmest years on record for Central America and the Caribbean, and the second warmest in South America[1]. The effects of climate change are evident in hurricanes, floods, droughts and heat waves, which are increasingly intense and frequent. These extreme phenomena put the rights of children at risk by threatening their health, access to water, clean air, housing, healthy food and education.

“I have seen the serious effects of climate change in the region and how it threatens the present and future of children. Like the devastating impact of hurricanes Eta and Iota in Central America. The loss of glaciers in the Andes Mountains that reduces water sources. Droughts and forest fires in different parts of the continent. And, although they are the most affected by climate crises, we are not listening to children and youth. We have to include them in the decisions and we must act urgently, as they are acting and being protagonists of the solutions,” says Jean Gough, UNICEF Regional Director for Latin America and the Caribbean.

In order to strengthen youth participation, MERI Foundation and UNICEF have signed an alliance to make scientific evidence available to them, empower children and youth in the region, advance environmental education and make new generations agents of change to protect the planet.

Following its participation in the regional conference on September 7 and 8, the “Delegación Joven” will prepare an advocacy document on youth principles to mitigate climate change in Latin America and the Caribbean. This instrument will be key for other upcoming discussion spaces, such as the Youth Conference (COY) and the United Nations Climate Change Conference (COP26).

The MERI Foundation and UNICEF have partnered to work together for the empowerment of children and youth in Latin America and the Caribbean, advancement of environmental education in the region and effective participation of new generations in solutions to protect the planet. This alliance will advance promotion of the right to a healthy and safe environment for every child, and will contribute to achieve and accelerate the 2030 Agenda.

Since its creation in 2012, the MERI Foundation has been developing scientific research and environmental education, in partnership with communities, in the service of the conservation of strategic ecosystems for Chile and the world.

UN Agencies regret the death of persons on the move in Latin America, and stand ready to accompany a coordinated regional response 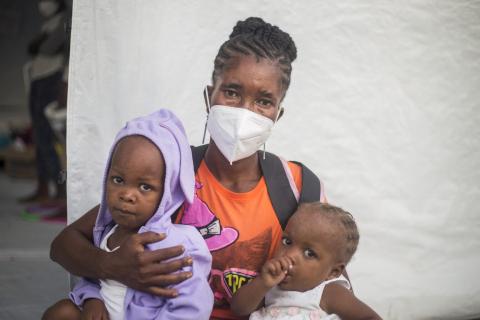 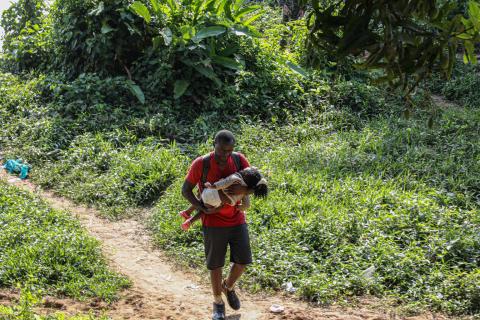