Every child has the right to protection. In Kyrgyzstan, UNICEF strengthens the national child protection system, particularly in the areas of preventing family separation, justice, and protection from violence and exploitation.

Too many children in Kyrgyzstan are placed in residential care institutions – more than 11,000 – despite most of them having at least one parent alive.

These children are deprived of care of parents or other caregivers, such as close relatives. UNICEF works to prevent placement of vulnerable children in institutions.

Navigating justice and administrative bodies is another concern for children in Kyrgyzstan. Until 2012, a significant number of children ended up in the criminal justice system because alternative sanctions were rarely practiced. Children in criminal, civil and administrative proceedings still face inappropriate environment. Criminal, civil and administrative procedures lack child-friendly provisions to ensure proper treatment for children. Additionally, children had to face perpetrators during trials and would often be kept in the same room as adults while awaiting hearings.

Abuse and violence against children in Kyrgyzstan is widespread.

This includes violence in schools, within families, in residential care, and elsewhere. Abuse and violence includes bullying, and trafficking, as well as corporal punishment, which is not expressly prohibited. Children of migrants are particularly vulnerable to violence, abuse and neglect, as they are often left behind with inadequate support and supervision, or in residential care. Until recently, these issues were further compounded by the lack of systematic support for children who have suffered violence and abuse.

Sexual violence is a major cause of concern for children in Kyrgyzstan. Children are often lacking protection. If they have concerns or complaints, there are no procedures or places to give voice to them. Meanwhile, the inaction of law-enforcement agencies and the taboos surrounding sexual violence mean that a significant number of cases go unreported. Thousands of girls suffer gender-based violence, child marriage and the practice of “bride kidnapping”, meaning forcing of girls into marriage.

UNICEF supports reforming the child care system to revise management and financing of residential institutions, and to introduce robust foster care and social standards. A new version of the Child Code creates strong “gatekeeping mechanisms” helping prevent children from family separation. A decision to permanently place a child in residential care must now be court ordered, and used only as a last resort. We work to prevent family separation, and keep families together wherever possible. We also work to prevent children being placed in institutions. UNICEF supported development and piloting of regulation on case-management for children in difficult life situation in 62 municipalities.

UNICEF promotes equitable access to justice for children. Progress has been made in administrating juvenile justice, which aims to keep children out of the criminal system wherever possible. These reforms led to an 84 percent drop in juvenile prison sentences from 2005 to 2014. A UNICEF project to make courts in Kyrgyzstan child-friendly was so successful that national authorities decided to expand it nationwide. The 2016 reform supported by UNICEF includes child-friendly provisions that will guarantee the rights of every child in contact with the law – whether victim, witness or suspect – to a fair process adapted for children, including dedicated rooms. Specially trained judges and lawyers will handle children’s cases. And children in contact with the law are now guaranteed free legal aid.

UNICEF works with partners to prevent and respond to violence against children. We aim to reduce the number of children experiencing violence and break the silence and stigma surrounding this issue. UNICEF works with the Office of the Ombudsman to strengthen capacity to monitor treatment of the most disadvantaged children. It focuses in particular on reviewing cases of sexual violence against children and provide recommendations and reports to improve their situation.

UNICEF supports legislative reforms to prevent violence against children, and enhance criminal penalties for crimes and harmful practices, like child marriage and bride kidnapping. Following a pilot project launched with UNICEF support in 2011, four child support centres have been opened by Kyrgyzstan authorities. The "School without Violence Programme" was piloted in 38 schools and proven highly successful at raising awareness of bullying, while promoting respect for diversity and non-violent conflict resolution.

These resources represent just a small selection of materials on child protection produced by UNICEF and its partners in Kyrgyzstan. The list is regularly updated to include the latest information.

Situation Analysis of Children in the Kyrgyz Republic

Child Abuse and Neglect in Families in the Kyrgyz Republic

In Kyrgyzstan, UNICEF aims to reduce violence at home, at school, in communities and online 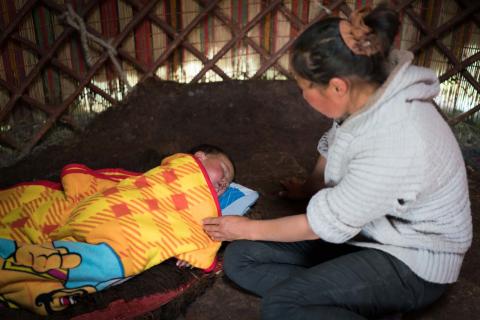 In Kyrgyzstan, more than 11 per cent of children aged 0-17 had at least one biological parent living 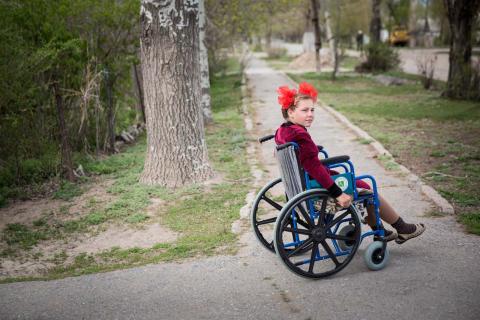 Over 29,000 children with disabilities live in Kyrgyzstan. 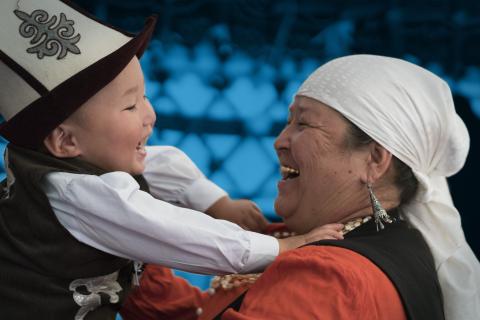 UNICEF is the global leader promoting and protecting children’s rights.