Azadeh Darouzmi is sitting on a chair in the Neonatal Intensive Care Unit (NICU) of Mahdiyeh Hospital in Tehran, dressed in a sanitary dress and holding Aisu close to provide skin-to-skin contact. This is part of Kangaroo Mother Care (KMC) provided to babies in the NICU of this hospital where quality medical care for preterm babies is available. The 23-year-old mother gave birth to her twin girls, Aisu and Aynaz, in mid-January 2018 when they were only 28 weeks old.

“Every day I do Kangaroo Mother Care four times for both girls in the morning and at night. I talk to them, feel the emotional connection when hugging them and believe they fully know me. My husband also comes once a day to give our daughters skin-to-skin contact as the nurses recommended,” Azadeh said.

Mahdiyeh Hospital is the site of a couple of joint Ministry of Health-UNICEF neonatal programmes to improve babies’ survival including Kangaroo Mother Care.KMC is a safe and effective alternative to conventional neonatal care which can reduce morbidity and mortality in newborns and increase breastfeeding rates particularly in the early hours after birth.

From 5th to 7th February 2018, UNICEF is supporting the Ministry of Health to organize a Kangaroo Mother Care workshop in Tehran for neonatal health professionals from different provinces. Two experienced neonatal and KMC experts from the University of Pretoria in South Africa travelled to Iran to facilitate the workshop.

Dr. Marandi, Head of the National Neonatal Association, opened the workshop by thanking UNICEF for giving extra attention to the issue of neonatal development and said: “Kangaroo Mother Care has been used as a cost-effective method in different parts of the world for decades. But some countries have been implementing it effectively for a long time such as Columbia. This shows that in locations where new technologies and facilities for neonatal care might be difficult to access, Kangaroo Mother Care can be used as a great alternative to help babies’ physical and mental development.” He said paying extra attention to the development of babies’ brain is not only important for the physical health of babies, but it also greatly affects the mental abilities of children as they grow up.

Dr. Will Parks, UNICEF Representative in Iran,in his opening remarks at the workshop said: “Globally, dramatic progress has been made in cutting the number of deaths of children under 5 years, but too many newborns are still dying.” He added: “We must now focus on the first few hours and days of life.”  He thanked UNICEF’s long standing national partner, the Ministry of Health, for their great efforts and endeavors in improving the situation of child survival in the Islamic Republic of Iran. Dr Parks concluded by saying that UNICEF promotes global efforts to increasing the overall share of budgetary allocations for early childhood development programming as a critical step governments can and should take.

Dr Barekati, Director General of Family, Population and School Health Department of the Ministry of Health, also speaking in the opening ceremony of KMC workshop, said the theoretic principles of Kangaroo Mother Care were reviewed in Iran 12 years ago but added that: “We need to do more to fully implement it and this workshop is a great opportunity for advocacy on this care method and for reiterating our commitments to KMC principles.”

Five weeks from their birth, Azadeh’s twins are now at 33 weeks and safely cared for, breastfed and nurtured in the NICU of Mahdiyeh Hospital. As she touches Aisu’s back gently, Azadeh says; “It is 20 days that I’ve been staying in the hospital beside my twins.Nurses have taught me how to do Kangaroo Mother Care, how to touch my twins for their better growth, and to help them stay warm and improve their heart rate.”Her smile says she is so happy that her babies are healthy and fully breastfed.

Globally, dramatic progress has been made in cutting the number of deaths of children under 5 years, but too many newborns are still dying. 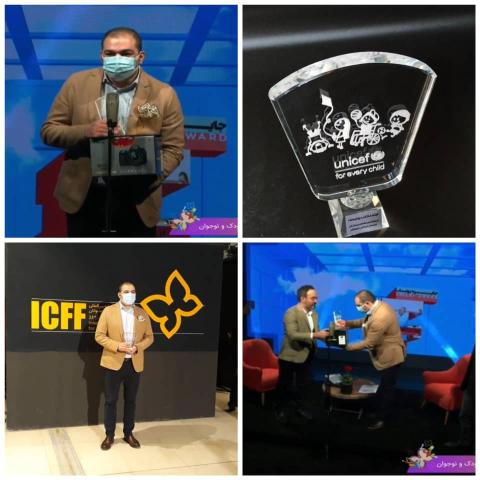 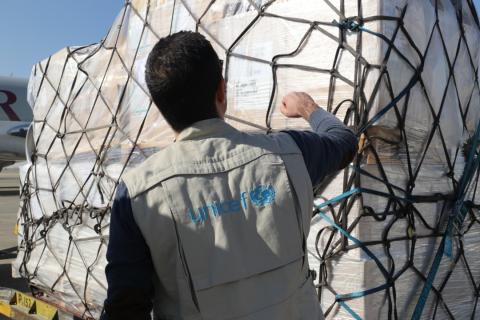 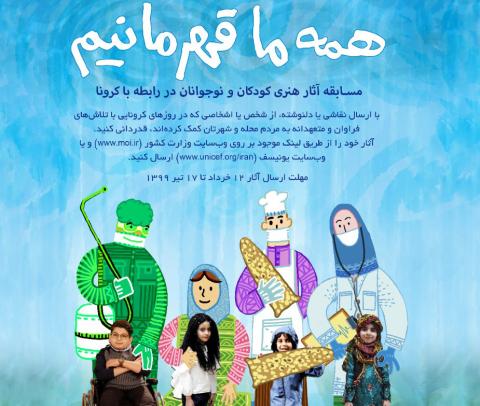