Kristine’s Road Back to School

By George Lomsadze for UNICEF Georgia

After noticing that Kristine was increasingly absent from her classes at the Zestaponi Public School Number 4, Principle Lela Kirkitadze decided to drop by her student’s home. Kristine lived few blocks away from Kirkitadze’s place in Zestaponi, a quaint Georgian town where everyone knows everyone.

The principle found 13-year-old Kristine busy babysitting the youngest of her five siblings. “Kristine’s mother had to take up a full-time job after she and her husband got separated. So it fell upon Kristine to take care of the youngest children in the family,” Kirkitadze said.

"I was left alone with six children and someone had to sit with the smallest of them while I was at work, at least until I could find some other solution."

“I was left alone with six children and someone had to sit with the smallest of them while I was at work, at least until I could find some other solution,” Kristine’s mother said. “It was not an easy choice for me with Kristine. Years ago I finished the same school and I know better than anyone what a wonderful place it is. We were and still are like a big family and, in the hardest times for me, Principle Lela came straight to my house to support me like a family member would.”

While appreciating the complexity of the situation, Kirkitadze was not going to give up on Kristine. “She is a very good kid and it would be such pity to leave her without education,” she said. After some discussions, Kirkitadze and Kristine’s mother came up with a schedule that would help Kristine attend some classes and complete the minimum requirements for staying in school.

But when Kristine finally showed up in a class after a long break, she found herself overwhelmed and embarrassed by how behind she was on the program compared to her classmates. “All the teachers were telling me that she became very different, was shy to speak. You had to worm words out of her,” Kirkitadze said.

"I felt I was totally out of the loop. At some point I was not sure it was even worth trying."

Teachers did what they could to encourage her to participate in the class, but, still, Kristine was increasingly losing interest in her studies. “Everyone was presenting their assignments, talking about things I could not understand,” Kristine said. “I felt I was totally out of the loop. At some point I was not sure it was even worth trying and I got a bit lazy, I guess.”

It was about that time when Ministry of Education and Science got in touch with Kirkitadze to inquire about dropouts in her school. “When I was first asked if we had any dropouts, my first thought was that I was in trouble, but I was honest about it and said that we do have students like that,” Kirkitadze recalled. “We always have a couple of kids who are skipping their classes. These are mainly children from poor families, who are helping their parents with housework or with the farm work. Every year we struggle to keep these children in school.”

Kirkitadze said that she was pleasantly surprised when she was offered to try a new accelerated learning curriculum designed for the children who need to catch up with the school program. She thought it could be exactly the thing she was looking for to help Kristine. Designed by UNICEF in partnership with Georgian education authorities and Bulgarian Development Cooperation, the curriculum was aimed at reintegration of out-of-school children in the mainstream education system.

“Even without knowing the details, I was very happy that someone was offering help and we were not alone in this effort anymore,” Kirkitadze said. “I immediately thought of five students that would benefit from such help. Kristine was one of them.”

"Soon we realized that the new curriculum was not set in stone. It was a broad set of steps and ideas that teachers were invited to discuss and modify in the way that best fit their students’ needs."

Not every teacher at the school immediately embraced the idea. “There were some worries that the innovative approach we were offered would not be geared toward our environment,” Kirkitadze said. “But soon we realized that the new curriculum was not set in stone. It was a broad set of steps and ideas that teachers were invited to discuss and modify in the way that best fit their students’ needs. The broad idea was to simplify the tasks for the students; start with easy, even entertaining assignments and then step-by-step help the students catch up with the regular curriculum,” she said

Hundred and eighty-five teachers across Georgia, including Kirkitadze, went through training offered by UNICEF under the program.  The main goal of the training was to equip the teachers with the effective techniques of improving students’ literacy and numeracy skills and addressing the lag in learning.

"This program is all about making sure that all children in Georgia are given every opportunity to receive the education they need and are entitled to."

“Every child has the right to quality education and this program is all about making sure that all children in Georgia are given every opportunity to receive the education they need and are entitled to,” said UNICEF Representative Ghassan Khalil. “It is critically important to ensure that all schools are equipped with necessary knowledge and skills, as well as special programs to support out-of-school children to re-enter the mainstream education system. UNICEF is thankful to the Government of Bulgaria for their support and partnership in this process and we continue a strong collaboration with the Ministry of Education to provide quality education for every child in Georgia“.

Georgian Ministry of Education and Science says that it is a huge step forward for the country to have a program geared toward inclusion of all children in the education process. “In order to ensure that all children living in Georgia enjoy their right to education, the Ministry of Education and Science has set up a system of identifying out-of-school children across the country,” said Deputy Education Minister Eka Dgebuadze.

Excited over the prospect of bringing Kristine back to school, teachers involved in the new program started accommodating her schedule, devoting extra time to working with her using the new curriculum, Kirkitadze said. Kristine says that she loved the way her new classes went. “All the assignments were fun to work with. After finish some of them, I could not wait to see what the new one would be like,” she said.

“Kristine became increasingly excited about her lessons. She would even pick some math tests from the course and discuss them with other students and one of her sisters,” Kirkitadze said. “It was the combination of well-designed curriculum and the personal attention that made all the difference. It was great to see how it all came together. We all wanted to help Kristine, but the program showed us how.”

Kristine eventually caught up with the school program, began attending regular lessons and all teachers are saying that she’s doing really well in her classes.

“It was amazing to see this change in my daughter, to watch her talk excitedly about what she did at the school,” Kristine’s mother said. “It was very touching to see how everyone worked together as a community to give Kristine a second chance and to know that even outside this school and this town there are people who care and want to help even though they don’t know us. This means a world for children like Kristine.” 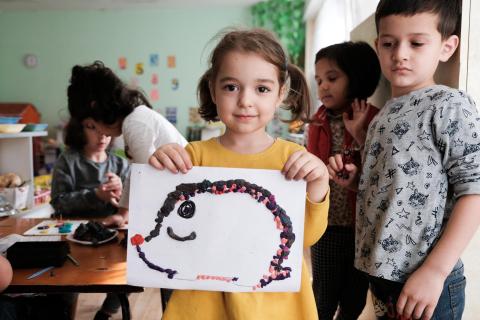 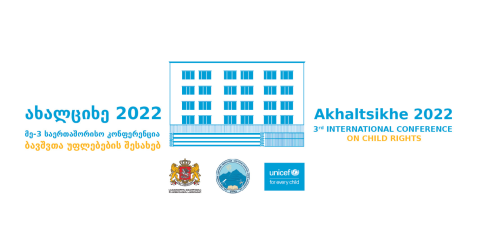 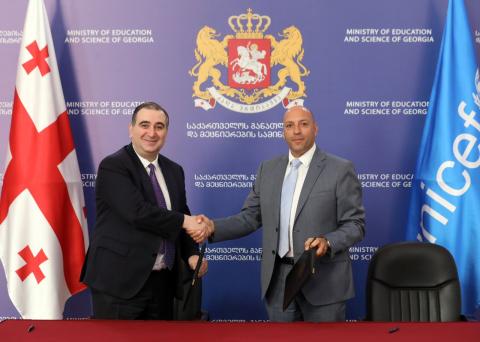 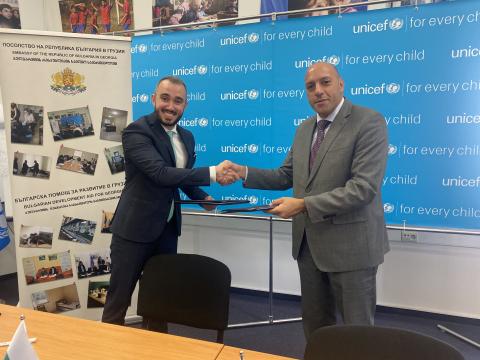