NAIROBI/JOHANNESBURG, 18 September 2021 – Famed Zimbabwean-born, South African rugby star Tendai Mtawarira, nicknamed ‘The Beast’, has joined UNICEF’s call in urging schools in Eastern and Southern Africa to remain open and safe during the COVID-19 pandemic, and for parents to send their children to school.

“I am deeply worried about the futures of our children if school closures continue”, he said in a video message from his home in South Africa, adding: “Across Africa, schools are not only places of learning, but places that protect many children from violence, often offering them their one nutritious meal of the day, and a way out of living in poverty”.

The retired star of South Africa’s national rugby team said Africa has learned a great deal throughout the COVID-19 pandemic; and that with the right measures in place, schools can stay open safely with the knowledge that children are less likely to fall ill with COVID-19 nor spread the disease.

UNICEF Regional Director for Eastern and Southern Africa, Mohamed Fall, thanked Mtawarira for using his powerful voice to urge schools to be the ‘last to close and the first to open’. Mr. Fall said, “Ministries of Health and Education across the region have shown that close collaboration, real-time assessment of evidence and adherence to safety measures can keep schools safe and open. Keeping school gates open as we continue to fight COVID-19 is vital for the well-being and education of African children, as well as the future of the continent.”

Currently, there are 18.9 million children still out of school due to COVID-19 related closures across the Eastern and Southern African region. Ugandan schools are still fully closed affecting 14.6 million learners. In Mozambique pre-primary learning is still yet to open, and an estimated 4.3 million children are still out of school. Thanks to strong collaboration between Ministries of Health and Education, and the strengthening of evidence-based decision-making practices, Botswana, Eswatini, Namibia, Rwanda, South Africa, Zambia and Zimbabwe recently re-opened schools after full or partial closures.

Mtawarira, who now runs The Beast Foundation to support children and youth, and who last year collaborated with UNICEF to produce a video titled ‘Africa Strong’ to mark the Day of the African Child, concluded the video with this message: “So, my fellow parents and Africans, let’s encourage our schools to stay safe and open, and our children to return to their classrooms. And let’s ensure our kids practice behaviours that we know can prevent the spread of the virus – wear their masks, social distance and wash or sanitize their hands regularly. Prioritizing children’s education is the best investment in the future – for Africa and for all of us.”

All video formats (including for social media) here. 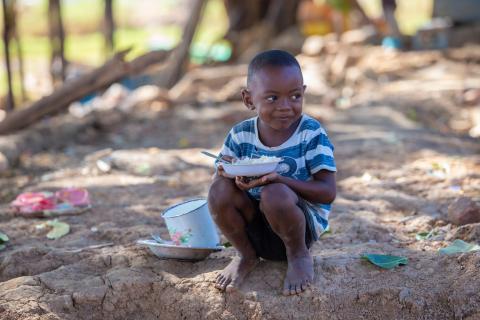 Fund girls’ access to education, help them change the world 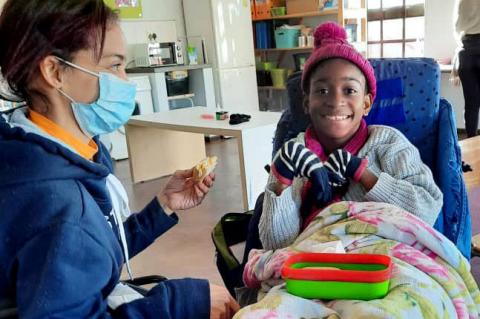 Ensuring girls with disabilities have dignity

Have you considered the additional barriers girls with disabilities face to manage their periods?