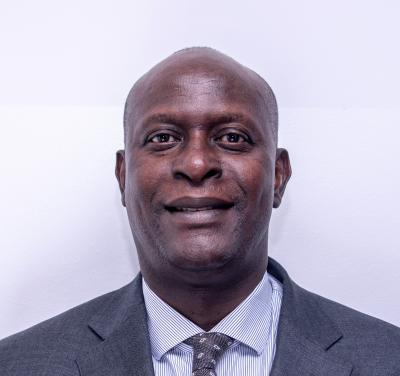 Born in Senegal in December 1958, Mr. Fall brings three decades of experience to this position. He has been serving UNICEF since 1993. Most recently he was UNICEF Representative in Nigeria.

Prior to that, from October 2014 to November 2016, Mr. Fall served as UNICEF Representative in the Central African Republic. In this capacity, he led a large team in UNICEF response during the critical shift from humanitarian crisis to early stage recovery.

From October 2012 to September 2014, Mr. Fall served as UNICEF Representative in Mongolia, where he engaged in advocacy to leverage resources for the advancement of child rights in a fast growing and mine-driven economy and provided technical assistance on policies, data and children-related issues such as equity and programming.

Prior to this assignment he has served as Senior Education Advisor in Port-au-Prince, Haiti form July 2010 to September 2012. In this capacity, he provided strategic leadership in the development and implementation of education programmes in the country following the devastating earthquake of January 2010.

Between March 2007 and July 2010, Mr. Fall served in the UNICEF country office in Indonesia, as Head of Education and Adolescent Development in Jakarta, and as Chief of Education in Banda Aceh following the devastating tsunami. In these capacities, he provided oversight and technical guidance for the development and implementation of large size education programmes.

From September 2003 to March 2006, Mr Fall served as UNICEF Chief of Education in Kinshasa, Democratic Republic of Congo, where he was responsible for the development of the education country programme strategy.

From January to July 2002, Mr. Fall served as UNICEF Education Project Officer in Kabul, Afghanistan, where he provided technical support to the formulation and implementation of education programmes in the country.

Mr. Fall joined UNICEF in November 1993, and served as Communication and Social Mobilization Consultant in Dakar, Senegal, until May 1997. From June 1997 to December 2001, he served as Education Project Officer in the same office.

Prior to joining UNICEF, from February 1989 to February 1993, Mr Fall served as volunteer and consultant in various capacities with UNESCO in Paris, France, specialising in planning and implementation of programmes on youth, population and development. From May to June 1993, he served as consultant in the United Nations Office at Geneva, in Geneva, Switzerland, responsible for the preparation of an action plan against drought and desertification in the Sahel region of West Africa.