The Democratic Republic of Congo (DRC) is facing a large-scale epidemic of Ebola Virus Disease (EVD) in the Eastern provinces of North-Kivu and Ituri since August 2018 and continues to report 10 to 15 suspected cases per day, including health worker infections as well as community deaths. Read more about the Ebola outbreak in DRC.

The Ebola cases in Uganda have demonstrated that the risk of Ebola spreading beyond the DRC remains very high.

While response efforts inside DRC need to be redoubled; preparedness efforts in high-risk neighbouring countries are also urgently being stepped-up.

The quick and effective response in Uganda has demonstrated the value of investing in preparedness. The three confirmed cases were rapidly detected and isolated. Uganda benefits from strong Government leadership and extensive experience with Ebola outbreaks and other hemorrhagic diseases, however, without the investments in preparedness made over the past nine months, Ebola could have spread.

While urgent action is required to arrest the DRC outbreak and ensure neighbouring countries are prepared to respond, Ebola may become endemic in the region and cannot be address solely with short-term humanitarian action. Increased advocacy is required with Governments and development partners to put in place longer-term plans and strategies to tackle Ebola in a similar vein to other endemic diseases, such as cholera, and for more sustained multi-year funding streams to mitigate and respond to recurrent outbreaks.

An estimated additional US$80 million is still required to achieve minimal preparedness in the priority countries. In Uganda, vaccinations, expanding preparedness to all priority districts, and ramping-up community engagement, all remain paramount for mitigating the risk. And yet all are under-resourced. Unlike Uganda, the other three priority countries (Rwanda, South Sudan and Burundi) do not have experience in dealing with Ebola outbreaks and thus – with a particular focus on South Sudan and Burundi – require a higher level of international support, including through funding for key preparedness measures.

Operational readiness in each at-risk country requires understanding of the operational environment.

What is UNICEF doing in response to the outbreak?

UNICEF works with partners on three broad areas to respond support the overarching goal of ultimately defeating Ebola and getting to zero cases. 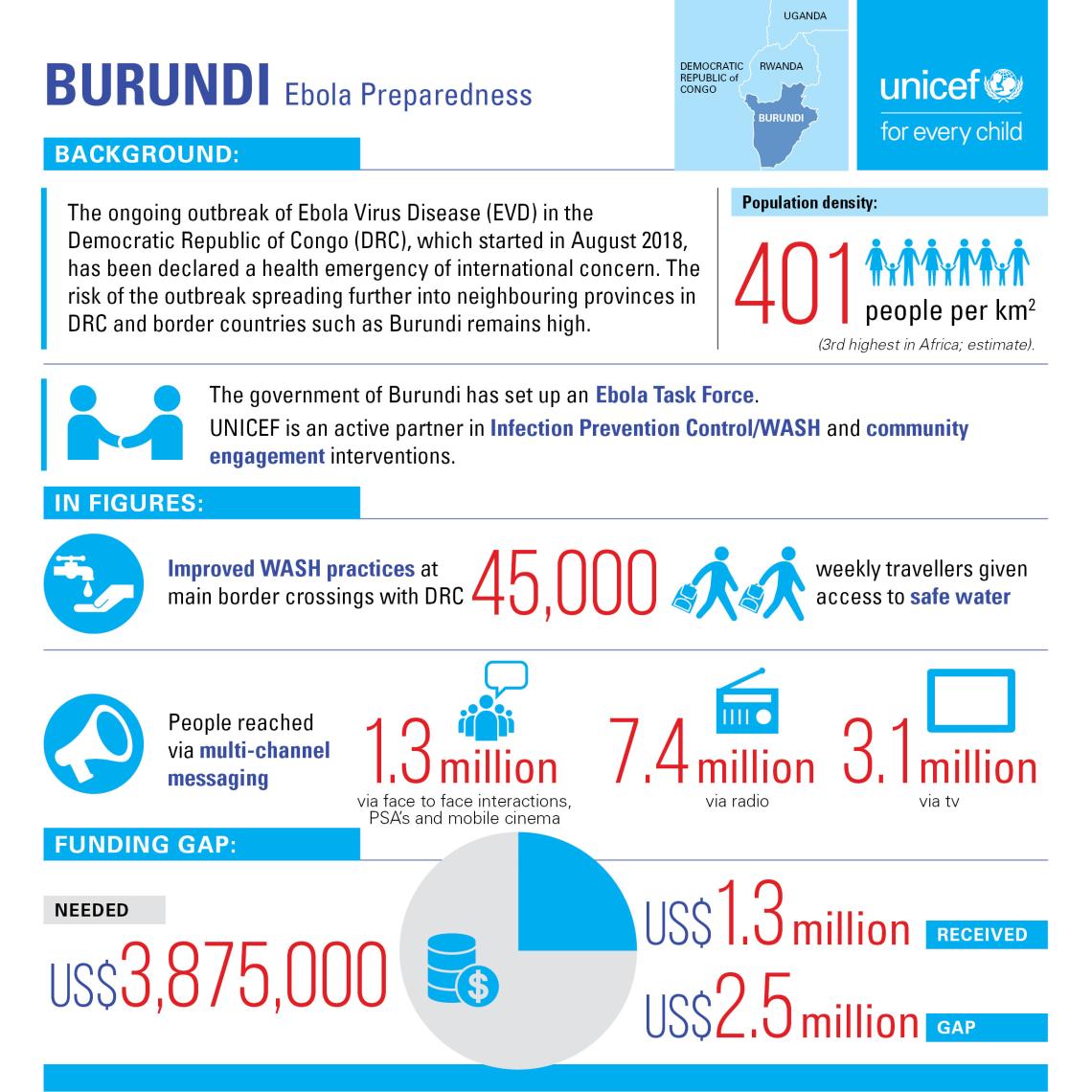 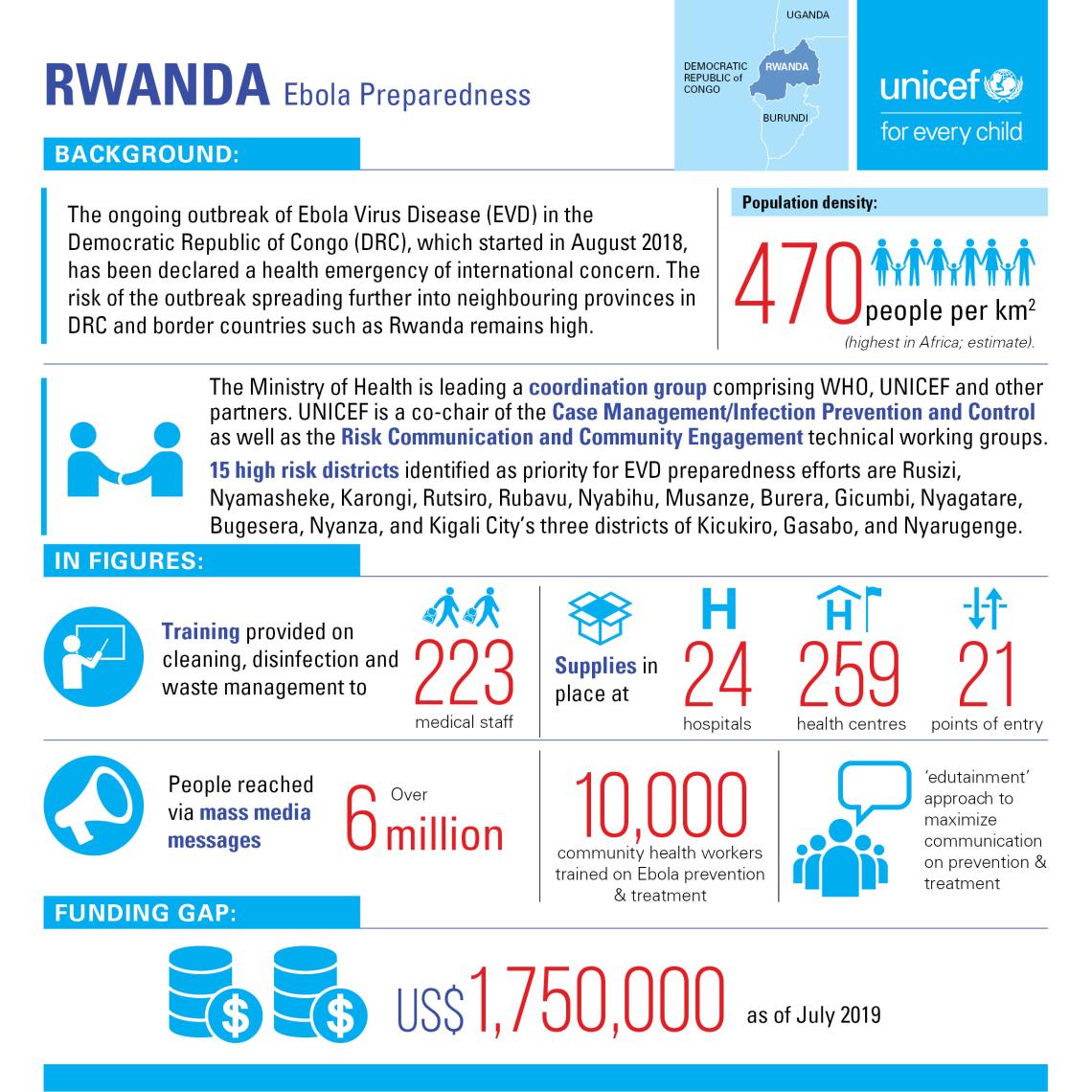 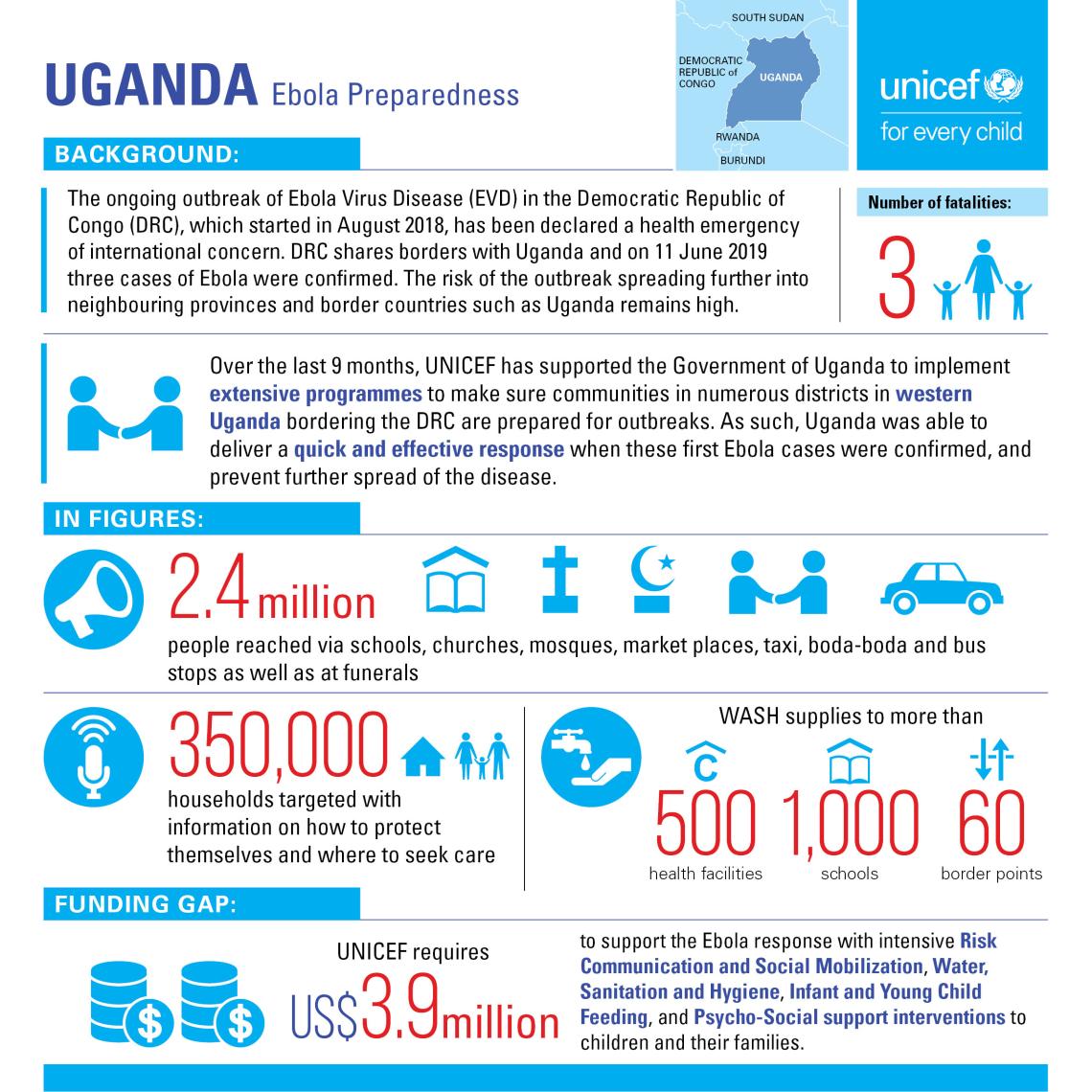