My son Prince has regained his strength!

Thanks to early detection of his severe malnutrition, Prince, 1, was able to regain his strength

At the Ambulatory  Recovery Nutritional Unit (URNA) of  Jean Taty Integrated Health Center (CSI), in district 1, 01 Sports Center of the city of Brazzaville in  Makélékélé health district, children with Severe Acute Malnutrition (SAM) without medical complications are welcomed daily. Severe Acute Malnutrition (SAM) is a disease that reduces the immune defenses of children, making them vulnerable to all infections.

In Congo, 8.2% of children under 5 suffer from malnutrition, including 2.6% from Severe Acute Malnutrition (SAM). SAM increases the risk of death by 10 to 20 times in a child. However, the timely detection of malnutrition at the community level can reduce their complication.

This is the case of Prince, 1 year old, who came to monitor his nutritional status accompanied by his mother Nagcia.

“When Prince arrived here he was suffering from Severe Acute Malnutrition (SAM) with no medical complications. The examination revealed that his weight was quite low in relation to his age and height,” said Denise, Head of the Preschool Consultation Unit (CPS)

“He was skinny. His mother was sad but we assured her that we would take good care of her son. »

Prince was first spotted by Mafina, the nutrition focal point of  Makélékélé Health District. “One morning,” she says, “as I was going to work, I saw a lady a few meters from me with a child on her back. He immediately caught my attention, I immediately saw that it was a  severe acute malnutrition case.” she says.

“I questioned the mother, who said that Prince was not well. I offered to go to the health center with me and she agreed”  continues Mafina.

“My child did not want to eat, day after day he started to lose weight and began to suffer from malnutrition. When I was received at the health center, I was well taken care of, they took good care of Prince’’. Nagcia said.

The child had been taken care of and during his stay at the hospital, he benefitted from medical treatment and nutritional treatment. He was given antibiotics, an appetite test was done, and Prince was given a one-week ration of Ready-to-Use Therapeutic Food (RUTF) or Plumpy Nut. After a week, a new check showed that Prince's general condition had improved and he was regaining strength.

“We have seen Prince regain weight . RUTFs or Plumpy Nuts have revolutionized the treatment of SAM as they are safe to use at home and provide rapid weight gain We have seen the evolution and improvement of the child, Prince is out of SAM and was transferred for  moderate acute malnutrition (MAM) care”, indicates Mrs. Denise head of the Preschool Consultation Unit.

“Prince has been dewormed and his vaccination status has been updated. Denise's team provided him  with his Plumpy Nut ration. Now he is doing better and  eating well. I am happy and very grateful for your help. says Nagcia.

Community mobilization is one of the 4 pillars of successful community management of acute malnutrition.

During the awareness sessions, all mothers with sick or malnourished children are encouraged to come to our health center where they will be taken care of. Each time the mothers come to the monthly weighing sessions; they are offered awareness sessions on good practices to prevent malnutrition.

The malnutrition management program (PECMA) is supported by the Food for Peace (FFP) project implemented by UNICEF with the support of USAID/BHA. Thanks to this initiative, which aims to provide adequate treatment, thousands of children suffering from severe acute malnutrition have been treated in Congo. 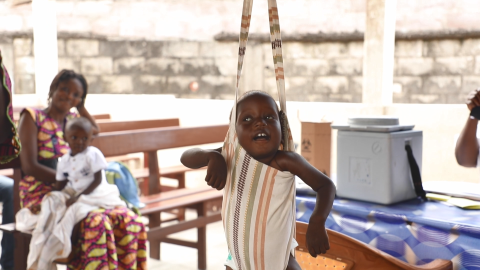 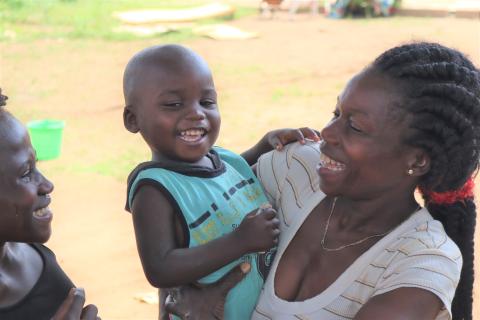 Giving every child in Congo a second chance to live 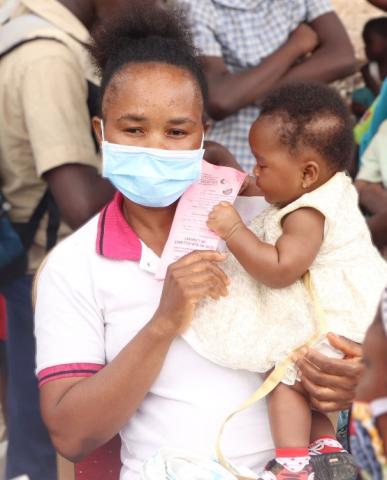 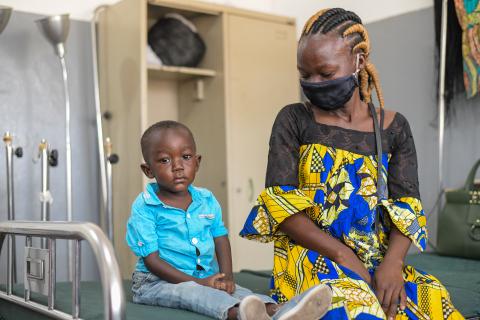