Thanks to the Immunization for Every Child in Bosnia and Herzegovina project, the youngest members of the Roma population have the opportunity to get routine and retroactive immunization

“Don’t worry, it doesn’t hurt, it just stings a little. It’s easier if you look the other way,” says Emina to Irma as they fix each other’s hair. This is an important day for Irma Fafulić, who has already prepared a clothing combination to wear and asks us to wait for her while she changes in another room. Both girls soon return to the living room of Irma’s humble home, dressed up and with their hair done to their liking, but now they are faced with another dilemma: they are not sure if their protective facemasks will match the rest of their outfits so they deliberate on which one to wear to the vaccination point.

The atmosphere in the living room of the Fafulić family in the village of Varda near Kakanj is almost festive: they are visited by Edin Sejdić, mediator from the Kakanj-based Roma Support Centre “Romalen”. Six-year-old Emina and her mother Fatima Dedić from Visoko are currently visiting the Fafulić family, so the girls have been inseparable for days. “I call her sister even though we’re actually cousins, and I’m a little older than Emina,” says Irma with a smile full of crooked milk teeth and explains that she has completed her second grade online due to the COVID-19 situation. Now, she says, she is deservedly enjoying her school holidays after a very challenging period when she had to compete with other relatives for access to a single shared mobile device so that she could attend her online classes. When asked what she liked most about school this year, she retorts right off the bat: “My teacher Dženita!” The rest of the Fafulić-Dedić household listens attentively to Edin, whom they have known for a long time, and who has stopped by today to escort their Irma to the local health centre for a vaccination.

Edin is kind of a link between the health-care system and the residents of this small community, and as a true man of the people, he explains the advantages of immunization, dispelling misconceptions and rebutting arguments of even the most fervent opponents of vaccination in the audience. He is one of the 16 mediators trained to do outreach work and help Roma communities with vaccination procedures in four cantons with sizeable Roma population (Zenica-Doboj, Sarajevo, Central Bosnia and Tuzla). Raising awareness of the importance and effectiveness of immunization in Roma communities is one of the regular activities implemented by the Kakanj-based Roma Support Centre “Romalen” under the project Immunization for Every Child in Bosnia and Herzegovina, in cooperation with UNICEF BiH.

He admits that doing outreach work is not always easy, adding that people often confuse going to the doctor for an injection for receiving vaccines, and that there are still those who remain unconvinced of the benefits of immunization. But Edin has a way with people, patiently walking them through the entire process, emphasizing benefits and dispelling fears. By the end of the project, as many as almost 1500 families in the four cantons will have been informed about the benefits and effectiveness of immunization, as well as vaccination procedures and options. Mediators like Edin also provide assistance by escorting the youngest members of the community to vaccination points. “Thanks to this project, you can also retroactively receive the vaccines you missed,” says Edin, adding that many Roma are not at all aware of what needs to be done, or when. Mediators are therefore an invaluable asset to the community as they motivate, inform and mobilize people, and prepare the ground for the child’s immunization. Each mediator has a vaccination schedule for every child, and reminds parents when it is time to go to a health facility. Mediators are carefully selected from among their communities, they are persons of trust, and are usually involved in supporting the community through other projects – so they are familiar to the people they interact with and have already gained trust of the local residents. The same is true of the Fafulić family, who are now ready to have their Irma vaccinated after receiving relevant information from Edin.

“Roma mediators have a vital role to play in Roma communities. Statistics show that only four percent of Roma children in BiH are vaccinated. This project aims to raise this immunization rate, even using statistics on the mortality of unvaccinated children as one of the arguments,” explains Mujo Fafulić, president of the Kakanj-based Roma Support Centre “Romalen”, the organization implementing the project. “These are one-on-one conversations, with mediators visiting communities to check on the spot what the vaccination rates are and whether children are vaccinated at all, as well as which vaccines they have received, while also motivating parents to have their children immunized if they have not done so before. By the time they reach adulthood, children should complete the vaccination cycle, and mediators are doing outreach work to explain the benefits of on-schedule immunization, as well as the adverse consequences of failing to do so”, says Mujo.

Emina has already received the vaccines scheduled for her age, and she confidently shares her last words of advice with her cousin Irma before they leave, so that there are two parallel conversations going on in the living room – adults talk about the benefits of immunization and health care, and the little girls, holding hands, have their own conversation about what the needle looks like and where on the hand the nurse will give Irma a jab. Rubbing their hands with disinfectant, with their facemasks on, the girls extend their hands to the mediator, ready to go – Emina, being more experienced, will escort Irma to help her go through this whole experience as painlessly as possible. Irma’s parents Jasmina and Nermin are staying at home and waving to the girls from the window. Holding hands, with their fingers intertwined in a clasp that shows care and love, the children set out together on their trip to the health centre. The trip they are taking is one that is recommended to everyone as it promises better health and protection against diseases that are still lurking about and are far from being eradicated.

“Vaccination is the best protection from communicable diseases. Unfortunately, Bosnia and Herzegovina’s low immunization rates, 68% full immunization and only 4% among Roma children, mean that children in this country are at high risk of getting vaccine preventable diseases resulting in outbreaks, particularly measles outbreaks. Currently, UNICEF is working with two Roma NGOs, Kali Sara and Romalen, to raise awareness on the importance of vaccination in Roma communities, by connecting with health institutions, Public Health Institutes and ministries with Roma communities through Roma health mediators to reach the most vulnerable children. This will also reduce equity gaps and will protect all children in BiH from vaccine-preventable diseases.”

All children, regardless of the country or circumstances in which they live, have the right to develop and thrive. As a key component of the human right to health, immunization saves millions of lives and protects children against vaccine-preventable diseases. Immunization saves two to three million lives each year. Vaccines now protect more children than ever before, but nearly one in five infants miss out on the basic vaccines they need to stay alive and healthy. Low immunization levels among poor and marginalized children compromise gains made in all other areas of maternal and child health.

This material is produced within the initiative Increase awareness on the importance of vaccination with special focus on Roma communities - Immunization for every child! UNICEF Country Office in Bosnia and Herzegovina’s programme on immunization, funded by the Centers for Disease Control and Prevention (CDC) through UNICEF Headquarters. We would also like to thank UNICEF Europe and Central Asia Regional Office for their support. 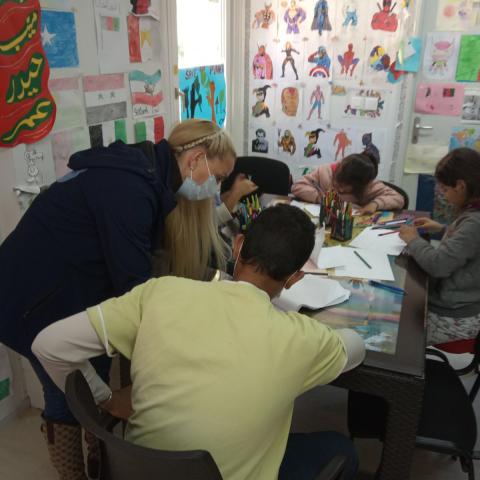 “I want to feel real love” 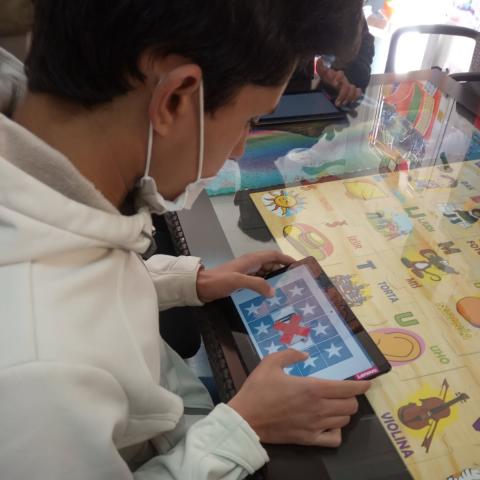 “This way of learning is very interesting, I could do this for hours” 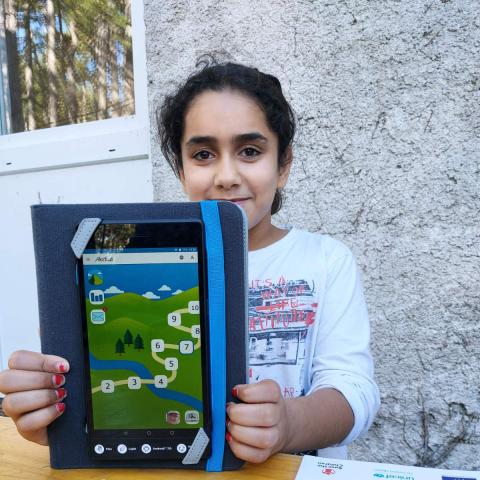 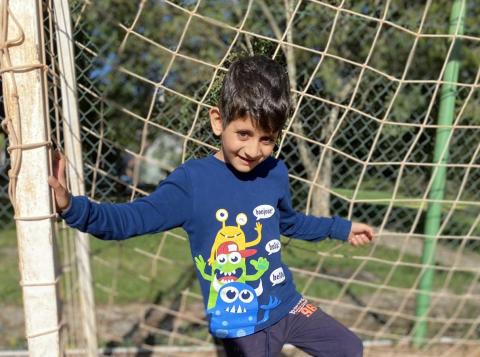 Dreaming about becoming a football player

After the operation, I thought that this would never happen, but now I have this wish again, and I can feel that I have the strength to fulfill it, as well