"I thought we would remain under the rubble..."

How conflict-affected children in Azerbaijan are learning to recover

BAKU, November 2020 – "At first I thought it was just a bad dream. I tried to wake up, but no matter how much I screamed, it did not stop. The voices around me only got louder and louder. Shouts and cries everywhere," says 12-year-old Nuray.

The recent escalation of the Nagorno-Karabakh conflict has left numerous children suffering from psychological distress. Children came under fire, and lost homes, families or loved ones. Dozens of children were killed or wounded.

Nuray only knew war from movies, until a cold October night, when a missile landed on her family home in Ganja, Azerbaijan’s second largest city.

She says she remembers desperately looking for her mother amid the rubble. Eventually, she, her sister and her brothers were rescued and taken to their grandparents` house in Agjabadi district, but she still lived in fear, amid the thunder of artillery guns from the nearby fighting. The 12-year-old says she knows she is more fortunate than some other children, who lost one or both parents, but still struggles to cope with the horrors she experienced.

A UNICEF-supported psychologist is now helping her.

Failure to provide psychological help in time can have serious consequences, affecting the child's self-esteem, reactions and ability to communicate with others, says Rada Gafarova, who coordinates the UNICEF project on social assistance for children in Agjabadi.

"Many children who have survived the bombing or the loss of loved ones and other realities of armed conflict have problems with speech; aggression may increase, or on the contrary, depression. There are examples when teenage children were forced to wear diapers because of incontinence," she says.

Gafarova leads a team of 16 sociologists and psychologists trained by UNICEF that has been working in Agjabadi since 2018. When the conflict escalated at the end of September, the experts stepped up to provide psychological first aid to children. During six weeks of fighting, the team provided assistance to more than 450 children. Their work will remain critical for many months to come.

"Psychological trauma can develop within minutes. As, for example, it happens with a missile strike - the bomb fell, the explosion, everyone who was in the epicentre and survived, experienced incredible stress. Sometimes it takes many months of psychological rehabilitation in order to help a child get to rid of the stress experienced in one minute," says Gafarova.

Children with physical disabilities experience the greatest stress, as they are aware of challenges to escape, hide, or call for help when in danger.
There are also cases of survivor’s guilt.

Tural*, 14, cannot hold back tears when talking about his friend and neighbour Arthur, who was killed in a rocket attack on Ganja. “ He shouldn't have died," the boy says, sitting with his head bowed.

"I feel guilty. I could have asked him to stay with us that night. Maybe then, he would not have died… We had so many plans," he says.

I feel guilty. I could have asked him to stay with us that night. Maybe then, he would not have died… We had so many plans.

Conflict leads to the destruction of three pillars of a child's life – a healthy diet, acquiring knowledge from adults, and development through games, says Azerbaijani psychologist Azad Isazade. “The whole habitual world of the child is violated, they lose their support. And our task as psychologists in the post-conflict period is to help the child return to their usual life as much as possible”

Isazade was among a group of specialists who deployed to Ganja and  Goranboy district in November after 34 experts were trained in Baku at the initiative of UNICEF. Further missions are being planned. The experts work jointly with the State Committee for Family, Women and Children Affairs, as well as with the Public Union ASAN Volunteers.

In Goranboy, the psychologists and social workers have held meetings with about 50 families and identified 15 children in need of psychological rehabilitation. The project aims to reach at least 2,500 children.

To respect the confidentiality of children being supported by this programme, all names have been changed in this story. 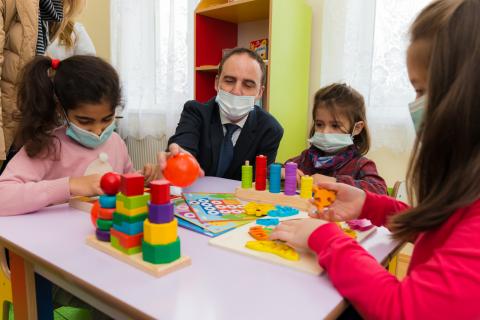 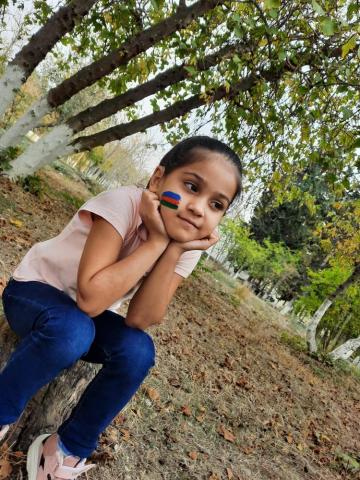 CBR- a program of positive change 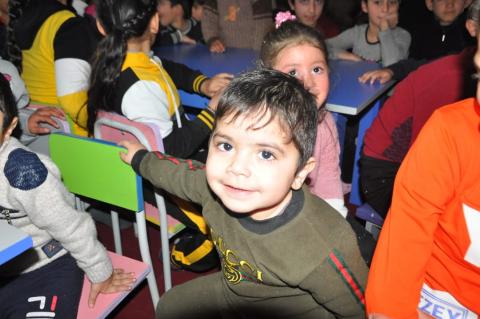 A positive impact on the lives of most vulnerable 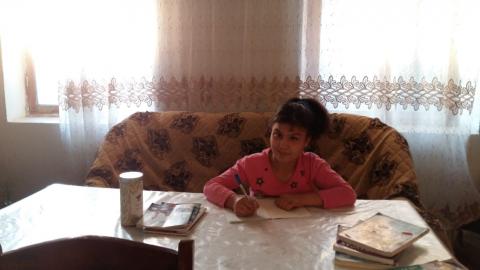 A life-changing program for every child

Success story of a girl with special needs