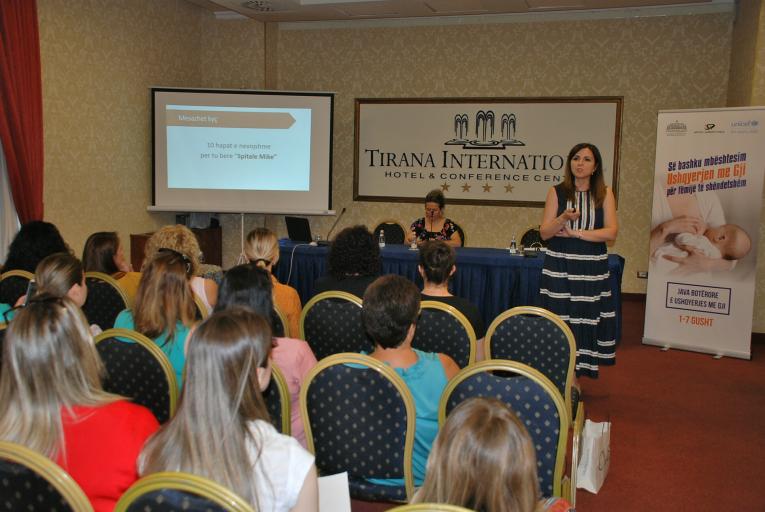 The BF week is celebrated every year during August 1-7, and aims to raise awareness for protection, promotion and support of breastfeeding (BF).

The health, social and economic benefits of breastfeeding – for mother and child – are well-established and accepted, yet, nearly 63 per cent of the Albania’s infants are missing out on the recommended six months of exclusive breastfeeding. In Albania only 57% of babies were breastfed within the first hour of life, according to Albania Demographic Health Survey 2017-18.

In the framework of the celebrations for the breastfeeding week, UNICEF supported the Institute of Public Health  to organize a workshop with health promotion specialists from all regions to discuss preparations, plans and standard messages for the BF week. Around 50 participants from all regions discussed with national health promotion experts, and pediatricians on the importance of BF, the crucial role of the maternities in establishing the breastfeeding during the first days of life of the child and the role of primary health care professionals in the continuation of BF according to the global recommendations of WHO and UNICEF.

Awareness raising activities on the importance of BF and global recommendations to adequate breastfeeding practices took place in all regions in both maternities and child consulting centers.  Key messages and talk shows were broadcasted in the media ( TV) and also reflected in the social media throughout the week.

UNICEF has been a long standing partner of the Ministry of Health in the area of support, protection and promotion of Breastfeeding in Albania through supporting the expansion of the BFHI initiative, promoting community based models and support in strengthening the legislation framework for protection and promotion of breastfeeding. Continued joint efforts of UNICEF, Ministry of Health and Social Welfare  and the Institute of Public Health will contribute to improvements of the health information system with focus on the child nutrition indicators including breastfeeding rates. The partnership between MoH, State Health Inspectorate, Institute of Public Health,  Albanian International Baby Foods Action Network (IBFAN) and UNICEF contributed to the approval of the revised law Nr 53/2016 for protection and promotion of breastfeeding, and the bylaws on labelling requirements and criteria for development of the health education materials for Infant and Young Child Feeding (IYCF) leading to a higher level of protection of breastfeeding. Efforts for strengthened monitoring and enforcement of the Albanian Law for Protection and Promotion of Breastfeeding remain crucial. 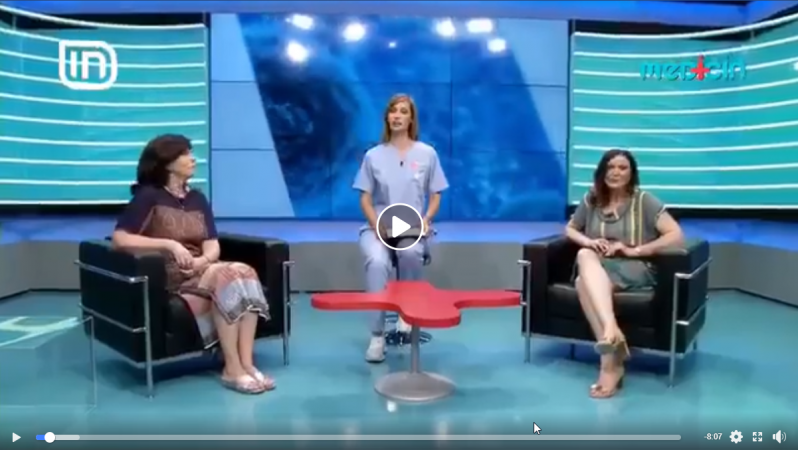 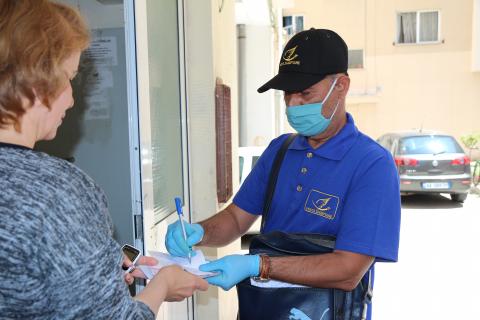 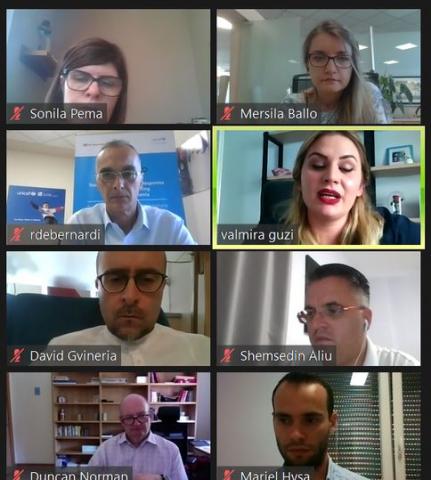 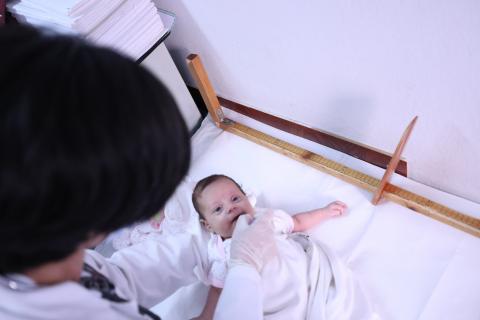