Let the girl be a child

Together let us put an end to child marriage!

Bamyan, Afghanistan, 30 July 2018 - The village of Du Aab Zardsang, home to  700 people is 10 kilometres south west of Bamyan city.  Most of the people in the village are farmers, keeping livestock, while some are working as skilled labourers in the city.

Maryam, a 16-year old -old girl, whose father is a famer says “Last year, I got engaged to one of my relatives based on my father’s decision.”   “This is the customs in our village, where daughters are married-off as soon as there is a suitor.”

A recent UNICEF study on child marriage noted that in 78 per cent of households, fathers are the main decision makers on issues related to marriage. This is despite the fact that 55.7 per cent of respondents agreed that those to be married must be consulted.

The family of the groom wanted to have the marriage sooner than later.  This meant that Maryam had to leave school, and become a housewife immediately.  Maryam wasn’t ready for this, but had no alternative.

One of the villagers, who had participated in a UNICEF workshop, heard about Maryam’s ordeal.  He reached out to the Child Protection Action Network (CPAN) team.  With elders from the village, the CPAN decided to talk to Maryam’s parents, and ask them to defer the marriage in the best interest of their daughter.

An end to child marriage

With the continued efforts of the CPAN team and the elders, Maryam’s parents cancelled the engagement, and allowed Maryam to continue her education.

“I am so happy that I will continue to go to school,” says Maryam.

The people in the village welcomed the decision, which provided an opportunity for other families to follow suit.

“When the elders in the village asked me to cancel my daughter’s wedding, I felt relieved,” says Hussain Maryam’s father.  “I was following a tradition that we had for years, but now Maryam’s case is putting an end to this tradition in our community.”

UNICEF study also showed that while 66.8% of respondents are aware of the harmful impact of child marriage on girls, yet they continue to do it.

“Maryam’s story is a success story in this village,” says Sami Hashimi, UNICEF Child Protection Specialist.  “It is a role model for all fathers who are the decision makers, to put an end to child marriage and to enable girls like Maryam reach their full potential.” 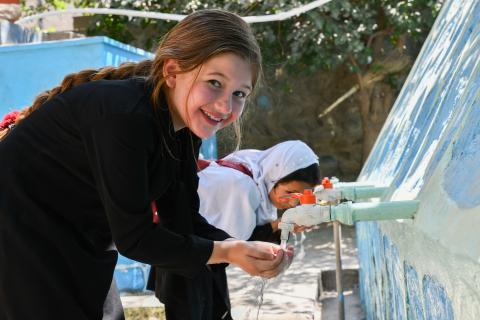 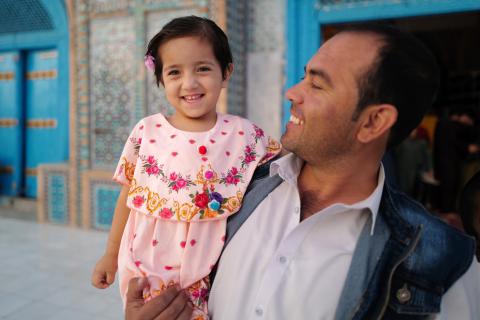 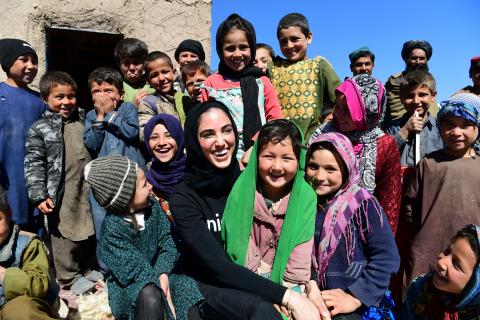