Champions against child marriage in DRC

In the Democratic Republic of the Congo the situation of young women remains a cause for concern in view of violence of all kinds in which young women are the victims.

In the Democratic Republic of the Congo the situation of young women remains a cause for concern in view of violence of all kinds in which young women are the victims. Despite the adoption of the Convention on the Elimination of All Forms of Discrimination Against Women and of the Child Protection Act in 2009, young women and girls are still survivors of gender-based violence, particularly child marriage and domestic labour.

Bénédicte Makula, mother at the age of 15

“When I fell pregnant, my father wanted me to give up school, but I fought to stay with it. It hasn’t been an easy choice; I don’t have very much time or money to look after my daughter. But, despite the difficulties, I would rather finish my studies before marrying a man.”

“Around here, lots of young girls die following a difficult birth. Their parents are then accused of witchcraft. However, the truth is that the body of a 13 year old girl has difficulty handling a pregnancy. This makes me very unhappy and I have banned underage marriages in my jurisdiction. I have also named women as village chiefs or deputies in all of the communities which make up my territory, in order to make sure this measure is respected.”

Mado and Désiré, parents of two daughters pregnant at the age of 13

“Our children are our only treasure, whether they are girls or boys. We’re getting older and soon we’ll no longer be fit for work; we’re counting on them to help us. Nowadays, many opportunities are open to women. If we had married off our daughters, they wouldn’t have been able to pursue their studies. Who knows, maybe they’ll become ministers?”

Bernadette Kindumba from the Ministry for the Budget in Bandundu

“In my community, lots of young girls, sometimes as young as 13, are prostituted to provide for their families’ needs. Once pregnant, they are forced to get married and must give up their studies. But our girls should be studying for as long as possible in order to take our places, to obtain a place in society, represent women and govern alongside men.”

“As a woman, I cannot accept that other women are being denigrated and sexually abused. A woman should be honoured and allowed to maintain her dignity. An underage girl does not have the understanding or the maturity needed to willingly agree to marriage. She becomes her husband’s slave, and can no longer develop physically or intellectually. The trivialisation of underage marriage facilitates the illiteracy of a whole generation of women.”

Janette and her husband Mpwate from the village of Bonkulu

“Despite criticism from our neighbours, almost all of whom had their daughters married at a very young age, we decided to cancel the marriage of our youngest daughter, aged 13, and to wait until she is 18 before accepting any new requests. We feared for her health. Here in this environment, pregnancies amongst young girls often lead to caesareans and complications which are at times fatal.”

“For a young girl, marriage is a burden which prevents her from developing. In our province, between domestic work, working in the fields and their marital duties, which entail a large number of pregnancies, women who get married young have no free time. Education is the only thing that allows them to free themselves of this burden.”

“In my village, parents neglect to educate their daughters, thinking that they are destined for marriage. But girls have just as much need to study in order to assert themselves and to take part in decisions, both at home and in the community.”

Damien Bungu, between film and the coordination of an NGO

“Combatting child marriage is a lengthy process that necessitates the efforts of everyone, in order to overcome the tradition and persuade those who sustain those norms. The consequences of child marriage are dramatic. In the territories where I work, 80% of young girls fall pregnant before 18 years of age, which fosters illiteracy and under-development.”

The programme “Women and men, progressing together”, implemented with financial support from the European Union in partnership with the Deutsche Gesellschaft für Internationale Zusammenarbeit, fights gender based violence. This programme is based on the observation that root causes of gender based violence are derived from traditional practices and the persistence of inequalities between men and women.

“Women and men, progressing together” acts against these root causes to help local populations adopt a new approach to male/female relations and bring about a change of attitude through action for better economic distribution of power and social roles of men and women. 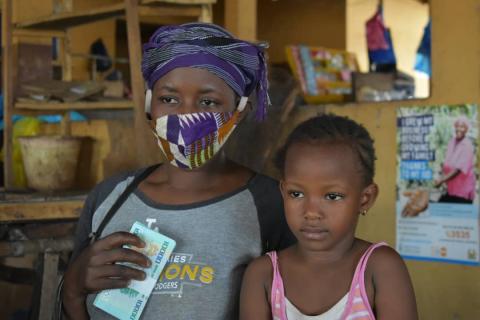 Supporting informal workers during the pandemic 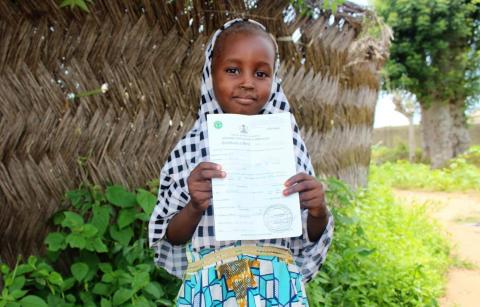 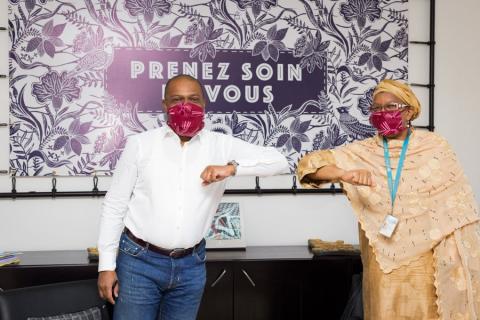 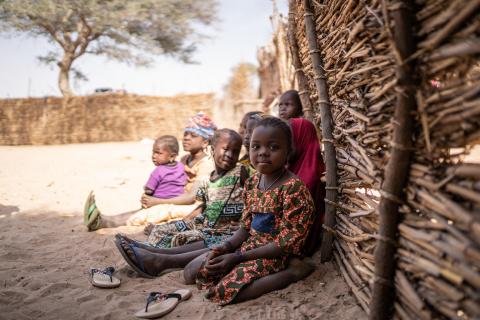 2.3 million children in need of protection in the Central Sahel region in 2020, a more than 80 per cent increase in one year