STOCKHOLM/HA NOI, 11 December 2018 – Baby Talk for Dads campaign has been launched by UNICEF and H&M Foundation which aims to encourage dads to use baby talk to boost their babies’ brains in the earliest years of life. In a short video clip to launch the initiative, real-life Vietnamese dads try to master the art of baby talk.

A web-based campaign –  Baby Talk for Dads – developed by UNICEF and H&M Foundation, in collaboration with Dr. Marina Kalashnikova from the Basque Center on Cognition, Brain and Language – forms part of the organizations’ longstanding commitment to supporting healthy brain development in babies and young children. Through the Mini Parenting Master class, dads are urged to be more involved in their children’s brain development and to practice the most important language in the world. In addition, the Baby Talk for Dads online tool takes fathers on a journey whereby they can learn and practice the most effective tone and pitch for when talking with their babies.

During early childhood, the human brain develops faster than at any other period, creating new neural connections at optimal speed. These connections form through interactions between genes and a baby’s environment and experiences, and create the architecture of a child’s brain – which all present and future learning, behavior and health depend on.

“Healthy brain development during the early years of life is reliant upon responsive interactions and stimulating experiences, along with good nutrition and protection – and it is parents who hold the biggest stake in providing this environment,” said UNICEF Chief of Early Childhood Development Dr. Pia Britto. "We hope that this innovative tool helps inspire fathers and all caregivers to talk more with their babies”.

Evidence suggests that when babies hear slow, melodic, and exaggerated sounds it helps them develop fast cognitively and learn new words more efficiently. Some studies have revealed that when babies are spoken to in high-pitched baby talk from their caregivers they can speak earlier and have a larger vocabulary than babies who have not been interacted with in the same way.

“When we talk to our babies from the earliest moments of life – particularly in melodic, high-pitched, and exaggerated tones – we have a profound impact on their cognitive development,” said Dr. Marina Kalashnikova. “In our research we’ve seen marked differences in the early development of babies who have experienced responsive baby talk with their caregivers and other family members around them, to those that haven’t.”

The initiative is part of a global programme on early childhood development that was launched by UNICEF and H&M Foundation in 2014. It has so far reached more than 135,000 children around the world. UNICEF and H&M Foundation work together in Viet Nam to ensure that more than 30,000 children in Dien Bien, Kon Tum ang Gia Lai have access to quality services for early childhood development (ECD) and to support the national programme for ECD.

“Baby talk may sound silly to us, but not to your child. It actually helps develop their brain. But as it turns out, dads don’t speak baby talk as much as mums do. We have developed these tools to support dads in becoming fluent in ‘baby talk’.” said Diana Amini, Global Manager, H&M Foundation.

Photos and video of the campaign can be downloaded here https://drive.google.com/open?id=1mxL-6Ogi6zHh0OwrM9bow528DRfolqSu 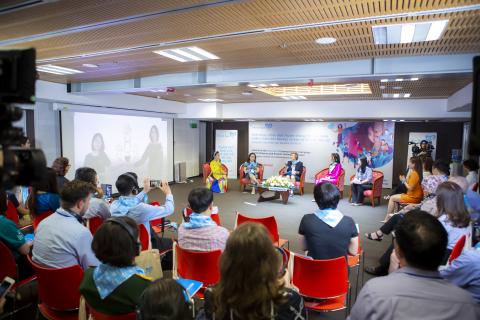 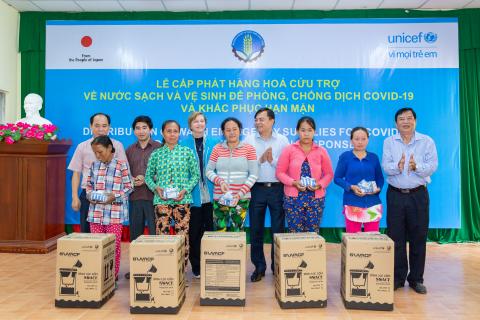 UNICEF starts distribution of life-saving supplies to more than 340,000 people in Viet Nam in response to COVID-19
Visit the page
Unicef default logo 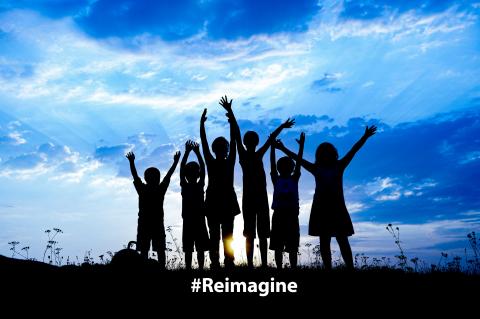