Children, the face of the refugee crisis in Uganda

60 per cent of all refugees in Uganda are children. Behind these numbers, are the individual faces and stories of children, who, in many cases, have experienced terrible, life-altering events.

Uganda is home to over 900,000 child refugees and asylum seekers who have fled conflict or persecution from South Sudan, the Democratic Republic of the Congo and Burundi. Of these, over 71 per cent are from South Sudan where years of fighting and economic collapse have relentlessly forced families to abandon their homes.

Most refugee children live with the trauma of having witnessed or suffered forced displacement, separation from loved ones, and physical and sexual violence. Even in refuge, many continue to be vulnerable to marginalization and violence, especially gender-based violence.

However, refugee children aren’t the only ones affected by the massive influx into Uganda. Children living in the districts, hosting refugees and asylum seekers – who represent 56 per cent of the total host community population – are also living with the impact of unprecedented demands on their already strained services.

Uganda’s progressive model for refugee protection and management is giving better prospects for refugee children in Uganda than in similar contexts globally. Refugee children in Uganda enjoy the same full existing legal, physical and social protection system as the host population and use the same social services as them, such as public health, universal primary and secondary education, child protection, and birth registration services, among others.

Furthermore, Uganda is unique in not following a policy of refugee encampment, with most refugees residing in rural settlements alongside Ugandan citizens.

60 per cent of all refugees and asylum seekers are children below the age of 18.

+190,000  refugee children from the Democratic Republic of Congo

Building on its ongoing emergency response to the refugee influx and its long term development support to refugee hosting districts, UNICEF is contributing to three of the five pillars of Uganda’s Comprehensive
Refugee Response Framework (CRRF) for refugees and host communities – Admission and Rights, Emergency Response and Ongoing Needs and Resilience and Self-Reliance.

Learn more from our emergency preparedness and response programme

See more of our work in emergencies 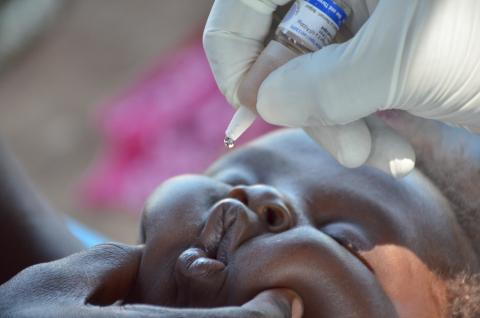 Vaccines need to be cool to be effective 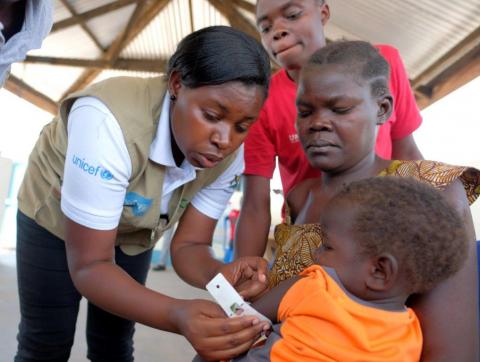 Striving to reach every child 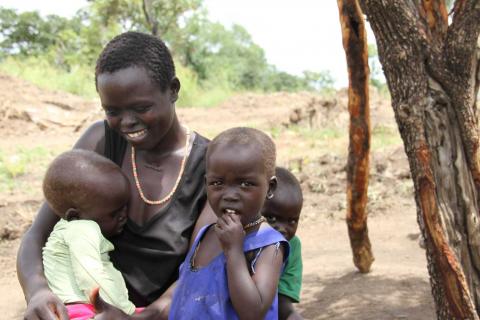 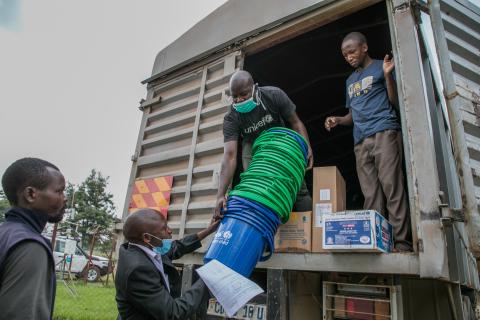