What you need to know

What is the Ebola?

Ebola is a serious and often deadly disease. Symptoms include high fever and bleeding through body openings.

Ebola is very infectious, kills in a short time BUT can be prevented through early treatment with trained health professionals.

What are the signs and symptoms of Ebola?

How does Ebola spread?

How can you protect yourself from Ebola?

Uganda remains at risk and on high alert for importation of Ebola cases from the Democratic Republic of Congo (DRC). In the districts bordering the DRC from Koboko District in the North-Western corner of Uganda to Kisoro District in the South-Western corner of Uganda there are formal and informal points of entry and there is frequent movement of populations due to trade, family ties, and persons fleeing violence in DRC. In July 2019 alone, approximately one million people were reported to have crossed the border for some of these routine movements.

On 17 July 2019, the DRC outbreak was declared a Public Health Event of International Concern (PHEIC), triggering significant efforts by the Government of Uganda (GoU) and its partners. In August 2018, UNICEF rapidly embarked on intensive public awareness, community engagement, surveillance, infection prevention and control measures – during the preparedness phase in the high-risk districts.

How is UNICEF helping to fight the spread of Ebola?

As such, UNICEF and partners are supporting priority high-risk districts to take the necessary precautions and adopt preventive and protection measures against Ebola through dissemination of critical information and messages especially in local languages using multiple platforms including radio, television, newspapers and social media.

“One of the best weapons for Ebola is a prepared and well-informed community with good health care seeking behaviours,”

Another intervention prioritized is the training and mentorship of health workers on chlorine mixing, preparation, and testing of various concentrations of chlorine, as well as operating chlorine generators provided by UNICEF during the preparedness phase of the Ebola emergency.

Infant and Young Child Feeding (IYCF) in the context of Ebola

During disease outbreaks like Ebola, children bear the brunt more than adults. UNICEF and partners supported the update of national guidelines and protocols in line with the latest evidence, development of implementation tools and building the capacity of frontline health workers and implementing partners at Ebola Treatment Units (ETUs) and high-risk districts to provide lifesaving nutrition services for infants and young children affected by Ebola.

Health workers were oriented on key recommendations on nutrition in Ebola at the Ebola Treatment Units in high risk districts. Participants were also provided with information on the availability of and access to ready-to-use infant formula (RUIF) for children under-6 months with an Ebola positive mother.

At the national level, UNICEF continues to support the Ministry of Health with adapting training modules on IYCF, nutrition assessment and management of children with severe acute malnutrition that may also be affected with Ebola. 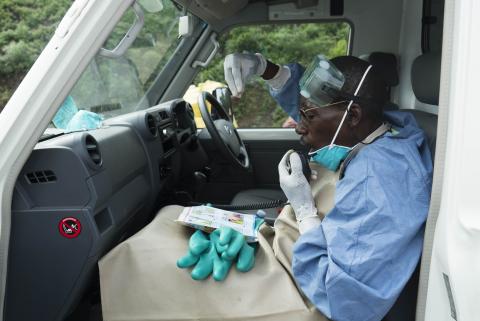 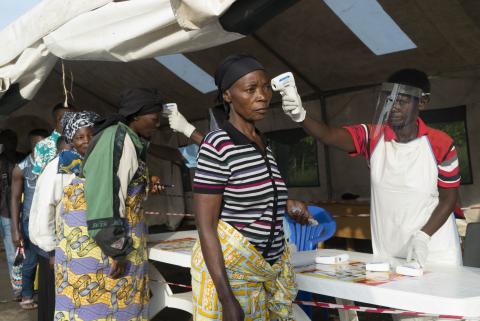 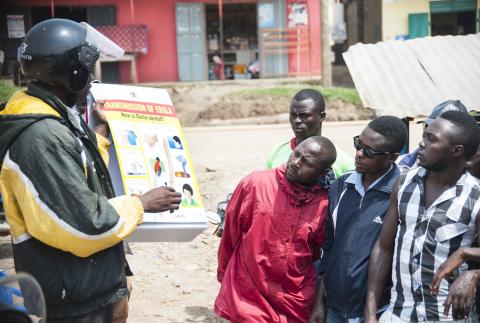 Meet Deo Barigye, the bodaboda man leads fight against Ebola
Ebola awareness amongst his peers is over 60 per cent
Read the story 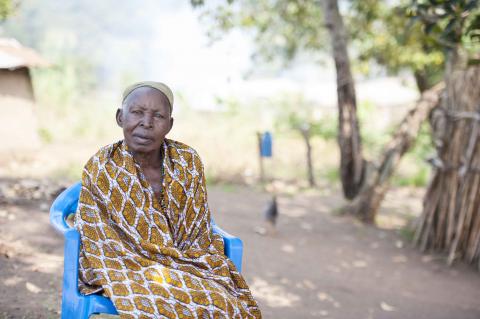