DENGE - Juvenile Probation Programme: An initiative to decrease the number of children deprived of liberty 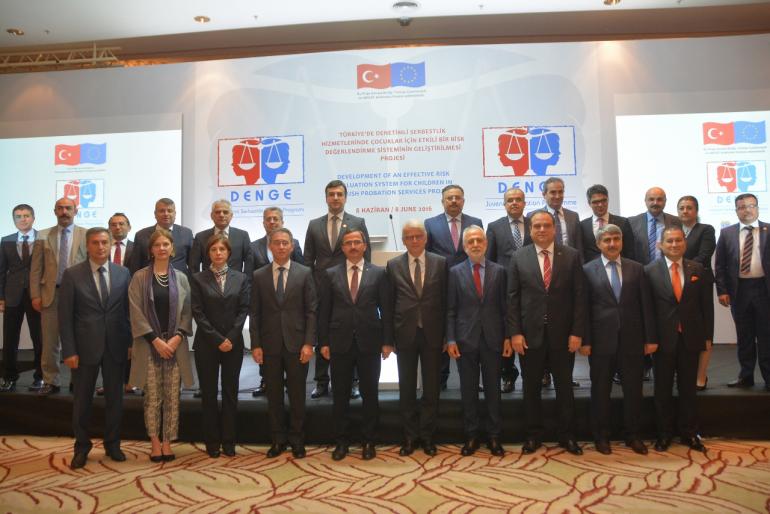 8 June 2016, ANKARA- An opening ceremony was held today for the launch of the Development of an Effective Risk Evaluation System for Children in Turkish Probation Services Project. It is shortly referred as DENGE - Juvenile Probation Programme.

The Project is being implemented by the Ministry of Justice (MoJ), General Directorate of Prisons and Detention Houses - Probation Department with the technical support of the United Nations Children’s Fund (UNICEF).  It is co-financed by the European Union, UNICEF and the Republic of Turkey. The Project will be implemented in 21 pilot provinces with a budget of € 2 million. The DENGE Juvenile Probation Programme aims to increase the effectiveness of probation services for children and young people.

Representatives from the Ministry of Justice, the European Union Delegation to Turkey, the Central Finance and Contracts Unit and UNICEF as well as NGO officials and academicians, representatives of national and international agencies and the media were among the participants to the ceremony.

"This new initiative highlights the fruitful cooperation between the Ministry of Justice of Turkey, UNICEF and the European Union in a crucial area: Making sure that children, the most vulnerable members of society, have access to a justice system that fully protects their rights and best interests, and does not damage their future development potential." said Mr. Hansjörg Haber, Head of Delegation of the EU to Turkey.

Mr. Philippe Duamelle, UNICEF Representative in Turkey, declared: “As the Juvenile Probation System is strengthened through this programme, children and young people in conflict with the law will be better protected and assisted.  As a result, the planned interventions will lead to a lower number of children in detention centers, a decrease in recidivism, and an increase of successful reintegration of children into society.”

“I would like to take this opportunity to wish good luck to all the parties of the project, which we are launching today, hoping that the fruitful outcomes of this project would strengthen the related experts and institutions further. Please be informed that our Unit, as the Contract Authority, would be more than happy to support and cooperate with you in terms of related issues, questions and challenges to arise with a solution oriented approach.” said Mrs. Emine Döğer, Acting CFCU Director.

Mr. Enis Yavuz Yıldırım, MoJ General Director of Prisons and Detention Houses declared “We believe that the Probation System, which has become an indispensable part of the penal justice system in our country and whose scope of application and coverage enlarge day by day, is a system that, as an alternative to imprisonment, enables the betterment of, and reintegration and reintroduction into society of convicts, and we think, as the General Directorate, that the actions taken under the system should be constantly renewed, enhanced, and strengthened.”

The best interest of the child should be the primary consideration of judicial authorities in all actions regarding children:  The principle of considering the best interest of the child has also been adopted by the Turkish legislation for all procedures concerning children in the justice system which includes proper assessment of the child’s ongoing risks and needs to identify better solutions. The DENGE Youth Probation Programme aims to enhance this aspect with revised risk and needs assessment tools.

Deprivation of liberty should be the last resort for children and young people:  The United Nations Convention on the Rights of the Child and the Child Protection Law emphasise that deprivation of liberty should be be used only as a measure of last resort and for the shortest appropriate period of timefor children and young people.Evidence shows that, community-based supportive intervention programmes are more effective in reducing recidivism than programmes conducted in detention centers and institutional settings. In this context, since the establishment of the Probation System in 2005, a total of 141,749 children have benefitted from probation services. As of April 2016, 11,483 children were currently under probation.

Children and young people should have access to services that are in accordance with their situations:  The programme will develop supportive intervention programmes for children that are effective, measurable and in line with European Union standards. It will also generate risk and needs assessment tool to lead the successful reintegration of children into society. In a spirit of a shared social responsibility, comprehensive work will be carried out with all the relevant agencies and institutions, NGOs and the media - and first and foremost with the professionals working in the field of child protection and juvenile justice system. 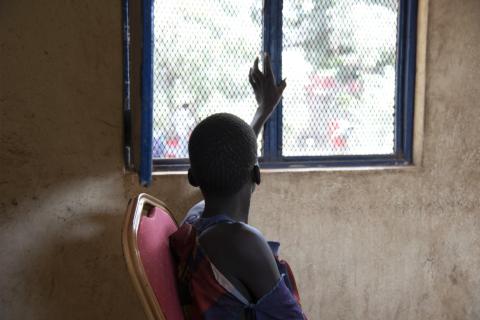 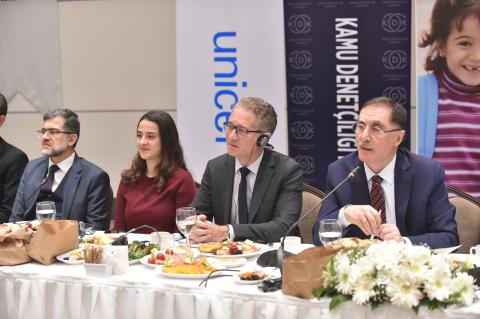 OI Office launched its Strategy on the Rights of the Child

OI Office launched its Strategy on the Rights of the Child