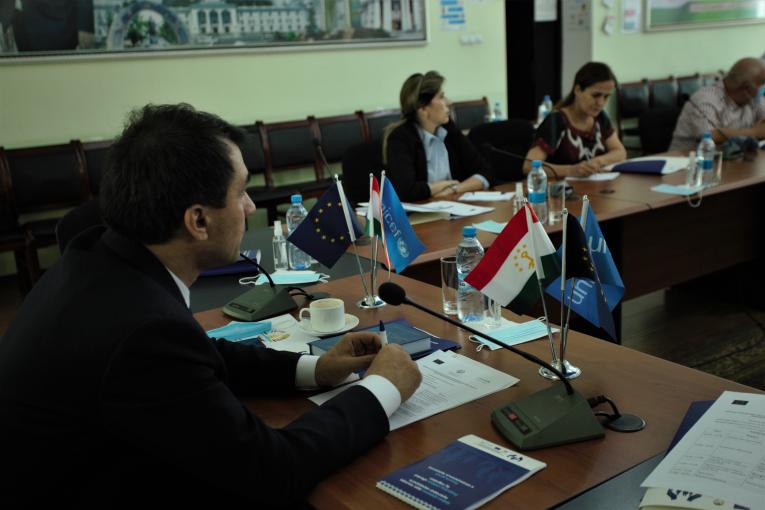 Dushanbe, 14 September 2020 – UNICEF, the European Union, and the Ministry of Labour, Migration and Employment of the Population held the fifth meeting of the Project Advisory Committee (PAC) to discuss progress and agree on a work plan to enhance policies and procedures that increase the protection of children affected by migration in 23 districts in Tajikistan.

Since its initiation, the EU and UNICEF co-funded project has made great strides in improving the lives of children (and their caregivers) affected by migration. With the legal support of the POs “Chashma” and “Right and Prosperity”, in 2020 alone 3,067 children (51% girls) have received birth certificates through the project, bringing the total number up to 5,868. This year the INGO “Terre des hommes” has supported 555 children by ensuring they receive services based on their individual needs, while forty eight families have accessed social benefits using programme support. Through the assistance it has provided to families, the project prevented the placement of five children into institutionalised care, referred 50 children in need to medical facilities, ensured the enrollment of 16 children in sports workshops, and lobbied for the admission of 12 children into preschool facilities.

Building on the capacity of community members including government officials, caregivers, and service providers is essential to ensuring continuity of the project’s interventions. In 2020, 414 individuals were trained on case management, while 219 were trained on psycho-social and emotional support (bringing the total to 341). Meanwhile, 26 caregivers of children affected by migration received vocational training, bringing the total number up to 139. Of the caregivers receiving vocational training, five now run their own business, and 13 have received sewing machines. Legal aid has also been provided to 3,934 individuals, while awareness raising activities have reached 8,881, bringing the total number of people to over 20,000.

The PAC participants, which comprises members from a wide range of ministries, international organizations, UN agencies, and local NGOs, also established a work plan for the period until December this year. Priorities are to ensure that children in targeted districts are able to access services, and to support 700 children to obtain their birth certificates/passports. Awareness raising will also be conducted in the form of information sessions, the dissemination of materials about children in migration, and a ceremony in Kulob dedicated to the elimination of childhood statelessness. A development strategy, meanwhile, will be produced to facilitate the capacity building of social workers.

Deputy Representative of UNICEF Tajikistan, Ms. Zainab Al-Azzawi said: “Migration exposes people to great risk. Children who have been left behind by migrating parents may find themselves in circumstances of inadequate care and protection, and those who have been ‘abandoned’ by migrating parents often find themselves living in appalling states of poverty, or in institutionalised care. The dire circumstances these children find themselves in have been aggravated as a result of the COVID-19 pandemic, leaving them without adequate care, food, or access to essential services. Although such support was not previously envisaged within the framework of this project, let all of us join efforts and reach out to those marginalised and excluded children who are affected by migration. We thank our partners from the Government of Tajikistan who are taking action to improve the situation of the children affected by migration, including those left behind, and thank the European Union for their commitment and support on this critical issue.”

Head of Operations of the Delegation of the European Union to Tajikistan Mr. Stefano Ellero raised concerns regarding stigmatisation towards children whose mothers have been ‘abandoned’ by their husbands, and highlighted the low level of  awareness among migrant families about existing support services. He also called for actions to strengthen institutional capacity at local level to positively respond to the impact of migration on children left behind.

The Protecting Children Affected by Migration project was launched in December of 2017 by the European Union and UNICEF and aims to protect children affected by migration in countries across Southeast, South, and Central Asia, including Tajikistan. It aims to reach at least 2,500 Tajik children, including those who are migrating and those who have been left behind by parents or caregivers.

The contribution from the European Union and UNICEF to Tajikistan will help to strengthen national child protection systems by training professionals and government authorities to identify, refer, and assist vulnerable children affected by migration and to apply child-friendly procedures at border points. This will help to ensure that children and families have access to social assistance, legal aid, psycho-social support, counselling, birth registration, and parenting support.

The European Union is made up of 28 Member States who link their knowledge, resources, and destinies to build a zone of stability, democracy, and sustainable development whilst maintaining cultural diversity, tolerance and individual freedom. The European Union is committed to sharing its achievements and its values with countries and peoples beyond its borders. It has been active in Tajikistan since 1992, and provides approximately €35 million annually in development assistance. 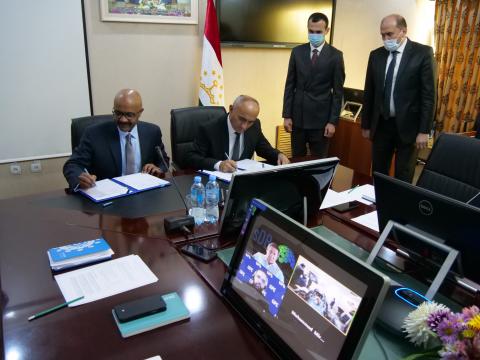 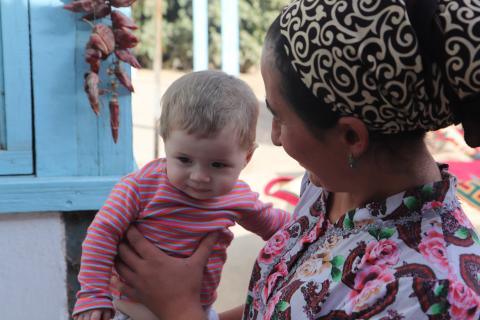 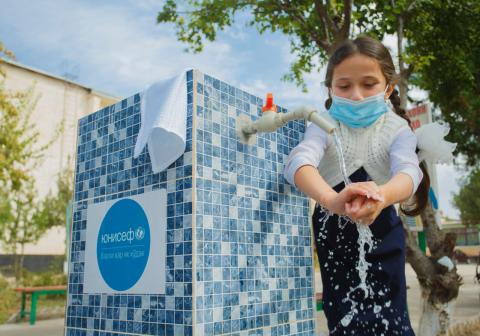 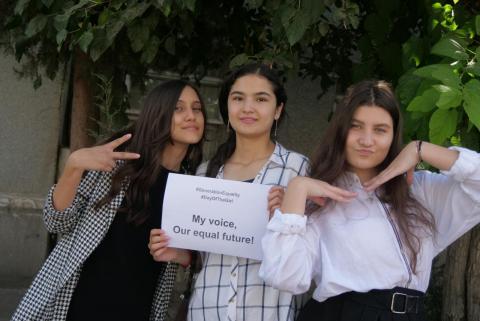