In Sierra Leone’s Kenema City, six-year-old Lahai Charles leans over a piece of paper, carefully drawing out the first three letters of the alphabet. The letters A and B are strong and clear, though the letter C could use some repositioning. Nevertheless, Lahai holds up his paper and smiles proudly – before proceeding to sing out the entire alphabet from start to finish, making not a single mistake.

“Lahai has only attended school for about one month now,” explains Defense for Children International (DCI) Program Manager, Satta Senesie, “so it’s really nice to see him making such progress.”

Satta is sitting beside Lahai and his mother, Hawa Charles, near their home. While the pair appears relaxed today, smiling and interacting easily with their neighbours in the area, Satta explains that this is a far cry from how things were when she first met them – now more than a year ago.

“We first met Lahai when someone brought him in to the DCI office,” Satta explains. “He had been found wandering in the streets near a busy market area in Kenema City, with no family or caregiver around.”

Through the assistance of a DCI social worker, however, it was soon discovered where Lahai came from – a small village, located about five miles away. Yet when the social worker returned with Lahai to the village, they were told that Lahai no longer had any family there, since he and his mother had recently left.

“It took about a week in total,” Satta remembers, “but eventually we were able to find Lahai’s mother, and piece together what had happened. As far as we could tell, Lahai and his mother had been living in the village, but were facing severe economic difficulties after being abandoned by Lahai’s father. Struggling to make ends meet, Hawa took Lahai to Kenema with her, in search of food or money to survive. But when she arrived in the city, Hawa suffered a form of mental break, likely caused by the severe stress she was under.”

Frantic and confused, Hawa left Lahai alone in the street. He was only five.

“We were so lucky that the man who found Lahai brought him to us. At that age, he could have been trafficked, or forced into child labour, or even lost his life.”

According to Satta, urban centres like Kenema remain a major trouble spot when it comes to child trafficking in Sierra Leone – as rural families will often send their children to stay with relatives or friends in cities, with the promise that they will be supported to attend school and build a better future. Yet often, when these children arrive in the city they are not well cared for, and are sometimes abused or forced into child labour.

According to the Multiple Indicator Cluster Surveys conducted in 2010 by Statistics Sierra Leone, nearly 24% of children in the country are without parental care – with many ending up living on the streets as a result. These children are at a greater risk of violence or exploitation, and most do not have access to food, accommodation or basic healthcare.

It is these types of vulnerable cases, Satta explains, that DCI works to identify and respond to. Operating with support from UNICEF Sierra Leone and funding from UNICEF Denmark, DCI identifies cases of vulnerable children in Kenema, and develops individual plans to re-unite them with family members, while fulfilling basic needs to help ensure the families can stay together.

In Lahai’s case, for example, Satta says DCI was first able to reunite him with an uncle living in Kenema City – and then later on, with his mother. By providing Lahai with an emergency kit containing used clothes, toiletries, and basic household utensils, they were also able to help alleviate the initial financial burden of the family in caring for Lahai.

“DCI has been very supportive of us,” explains Lahai’s mother, Hawa. “In addition to the items they also provided us counselling services, and mostly importantly encouragement for both me and Lahai. This has really helped us to improve our lives.”

Today, Hawa says she is happy to see Lahai doing so well. Especially since DCI agreed to cover his school fees for the coming year, and provide basic materials including a uniform, shoes, pencils and books to help him study.

“For me, I was not ever able to go to school,” says Hawa, “because my parents never sent me. So I see this as a real opportunity for Lahai.”

When asked how he feels about the upcoming school year, Lahai agrees that he is very excited.

“I will wear my new uniform and my school shoes and they will make me proud to go to school!” 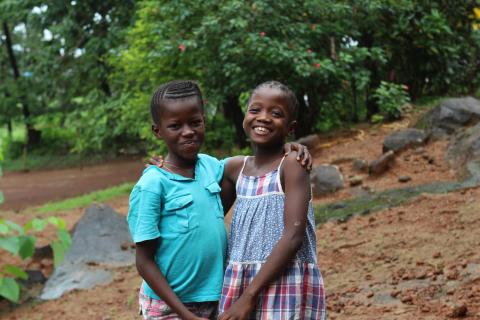 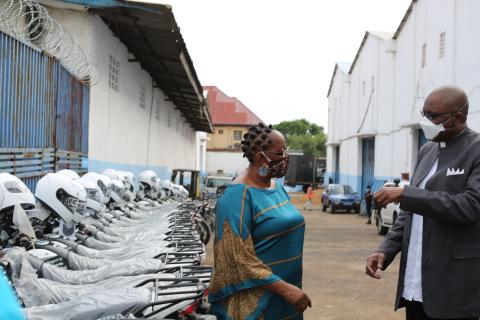 UNICEF hands over 32 motorbikes to Ministry of Social Welfare 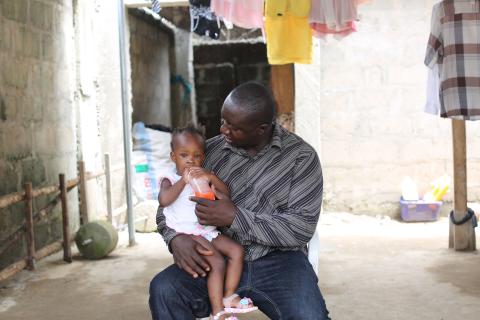 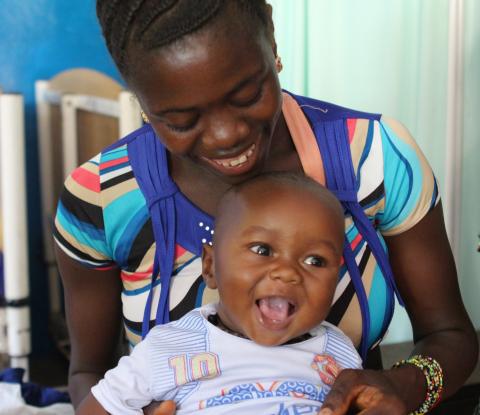 We work day in and day out, in 190 countries and territories, including Sierra Leone, to reach the children most at risk and most in need.