Smurfs and UNICEF: For a happier, more peaceful and equitable world 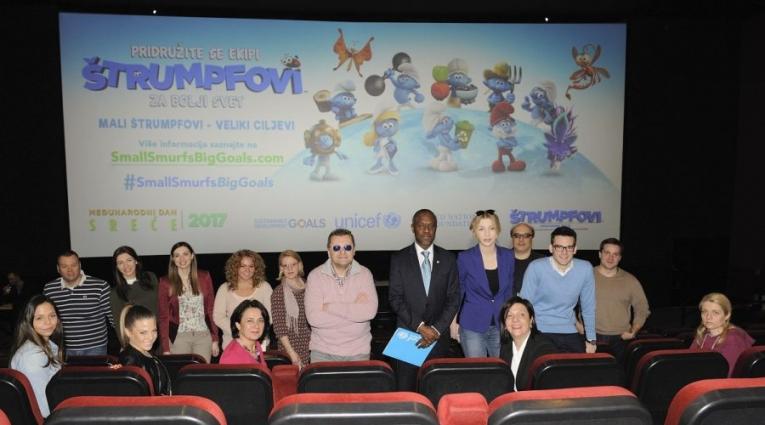 Belgrade, Serbia, 19 March 2017 – The premiere of the Smurfs: The Lost Village movie was held in Belgrade on 19 March, in the lead up to the International Day of Happiness.

The popular Smurfs characters have joined forces with UNICEF to encourage children, young people and adults to make the world happier, more peaceful, equitable and healthy.

The premiere was organised by UNICEF in Serbia, together with Con Film Serbia, the official Sony Pictures Entertainment distributor for Serbia, and Cineplexx Serbia.

The Smurfs characters are part of the “Small Smurfs Big Goals” campaign to support the Sustainable Development Goals (SDGs) that were agreed on by all 193 member countries of the United Nations.

At a press conference, organised earlier in the week to promote the movie, Michel Saint-Lot, UNICEF Representative in Serbia, gave a brief introduction about the campaign and UNICEF’s role.

“Achieving the SDGs is important as they give every child a fair chance in life. What we decide to do for children and how we engage them in building the future will ultimately determine whether we are successful in creating a more peaceful, prosperous and sustainable world. UNICEF is committed to that vision, joining with others to scale up what works, innovate for improved solutions and results, measure progress and share lessons learned,” said Michel Saint-Lot, UNICEF Representative in Serbia.

“It is a great privilege that Belgrade is one of 193 cities in which the movie premiere is being organised with UNICEF,” said Dragana Tesic, Executive Director of Con Film Serbia.

Dragan Vujovic Vujke, the dubbing director and the actor who voiced Gargamel, said that a large number of Serbian actors participated in the dubbing of the movie and that he was sure that the film will meet the high expectations of the audience. 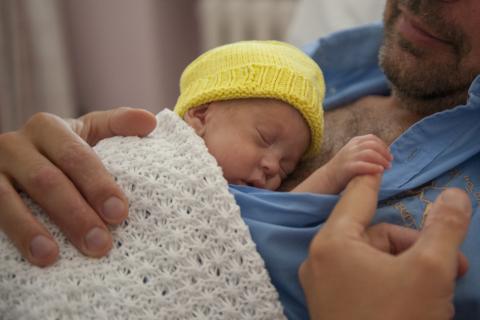 A Parent’s embrace: a powerful therapy for babies who “rush” into this world 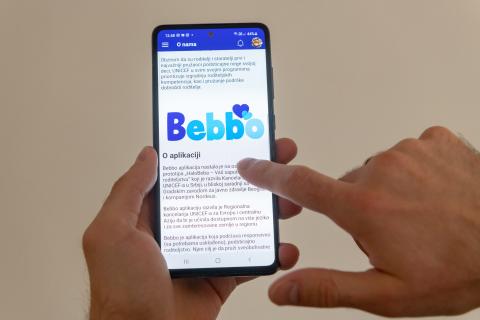 The Bebbo app is a parenting guide, available at a parent’s fingertips 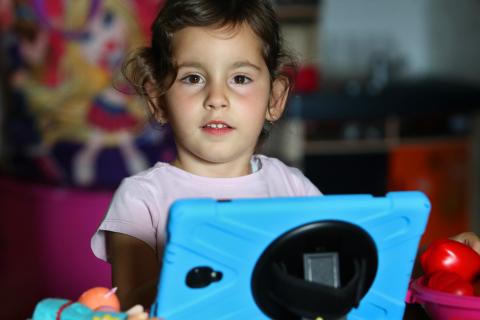 Citizens of Belgrade, UNICEF and JKP Infostan for children with disabilities and their families 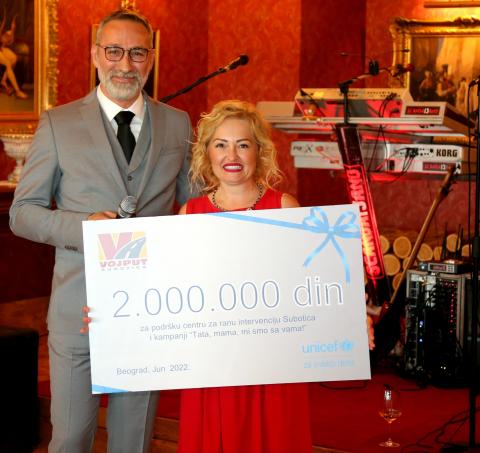