How to protect children?

Symptoms of a heatrstroke in children

What to do in the event of a heatstroke in children of all ages?

Heatstroke in children staying in a heated car

Human activity and the emission of the greenhouse gases into the atmosphere have already left a visible trace on our planet’s climate. The average temperature has risen by around  1.1 °C in the last 100 years, and each of the last four decades had been successively warmer than any decade preceding them, since 1850. Even though they occurred in the past, due to the global disturbance of the climate and the environment, heat waves (periods of extremely high temperature) have become longer, more frequent and intense.

Even though they are the least responsible for the disturbance of the environment on the planet, children carry the heaviest burden of the climate change and its impact. Children are the most susceptible to the consequences of the climate change – droughts, floods, fires and other drastic weather emergencies. A billion children today, all around the world, are exposed to the extreme effects of the climate change. It is envisaged for the situation to further deteriorate as the global average temperature would increase, and the weather patterns become more and more volatile.

It is expected that children would disproportionately suffer the impact of the climate change risks. Their bodies are still growing and developing, which makes them more susceptible to diseases, including those occurring as a consequence of the climate change. The risk of heat stress and heatstroke are likely to increase among children, as the temperatures would rise. Heat stress can also aggravate the existing health conditions in children. Children in Serbia understand the gravity of the situation well. Almost 90% of the young participants in the environment and climate change polls, realized by UNICEF via the U-Report platform, say that they expect for the climate change to be a serious problem in their lives, while one fourth of them believe that this is the greatest problem that humanity is facing. 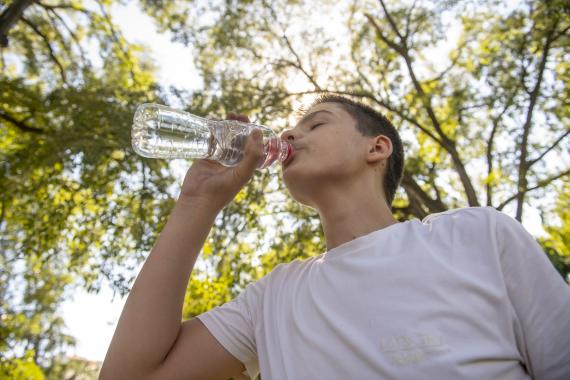 More than one third of all children in the world today (820 millions of children) are directly exposed to heat waves. It is envisaged for the situation to further deteriorate as the global average temperature would increase, and the weather patterns become more and more volatile.

Summer is the period of the greatest threat for children’s health due to high outdoor temperatures. Children are undergoing the processes of growth and development, and due to their physiology, their bodies are still incapable of regulating the temperature as fast as the bodies of adults. Especially newborns and infants (children from one month to one year) are exposed to the greatest risk of falling ill, and even dying, due to excessive heat.

Children’s health is a responsibility of us all, because:

- Children do not know how to listen to their own body

- Very young children are unable to say how they feel

- Heatstroke may occur suddenly and without any kind of announcement

- Heatstroke may be fatal for a child

- Heatstroke in children is often preventable

Even though a parent may feel comfortable at a certain temperature, this should not necessarily imply that the child feels the same way, since he/she is yet to have his/her thermoregulation stabilised. 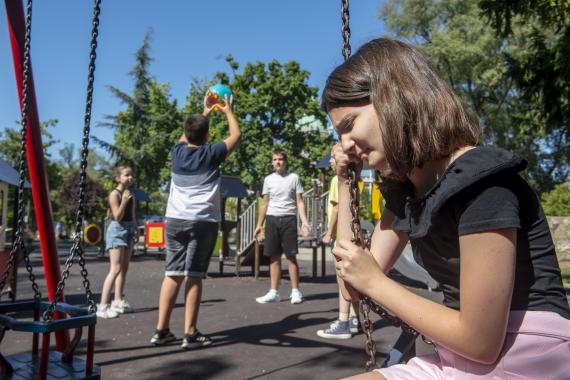 How To Protect Children?

Symptoms of a Heatstroke in Children

Heatstroke may be announced with the specific set of symptoms, resembling a virus infection. Before the symptoms of heatstroke are manifested, children often manifest milder signs of heat exhaustion, such as headache, nausea, dizziness and ear-buzzing. The main symptom of heatstroke is the increase in body temperature due to fast and excessive heating of the body, where in just half an hour, the temperature may rise to more than 40°C. The heatstroke symptoms may also be fatal.

Children up to five years of age:

- Intense anxiety and loud crying followed by fatigue and drowsiness
- The lack of perspiration in spite of excessive heat
- Refusing the intake of liquids
- Occurrence of convulsions – cramps of stomach and muscles
- Vomiting
- Hyperventilation
- Increased heart rate
- Very high bodily temperature
- Losing consciousness
- Retraction of the soft part of the newborn’s/infant’s head
- Skin on the arms and legs hot to touch and redness of the face
- After moving the newborn/infant to the shade, the arms and legs become suddenly cold and shivering ensues.

What to do in the event of a heatstroke in chidren of all ages? 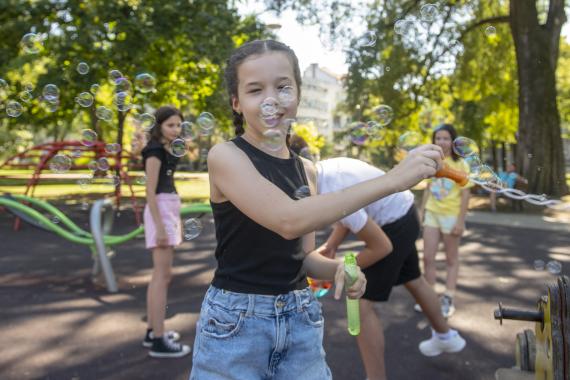 Report: The Climate Crisis is a Child Rights Crisis”, UNICEF 2021
Intergovernmental Panel on Climate Change – IPCC
Climate landscape analysis and its impacts on children in Serbia