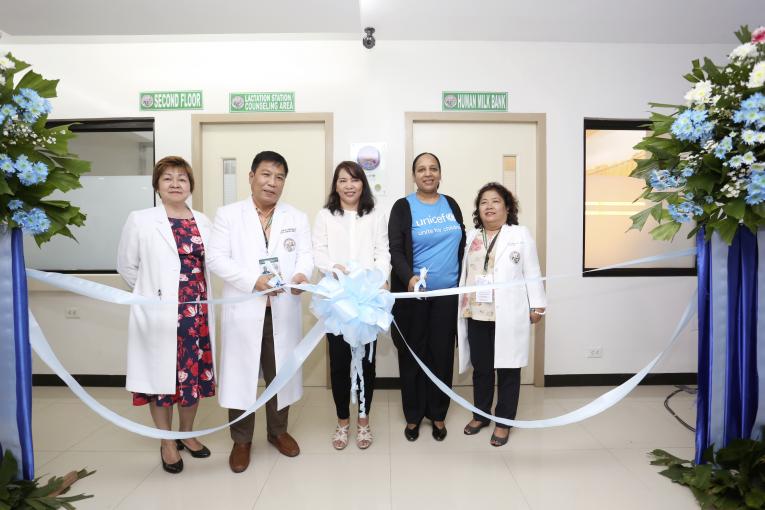 After Typhoon Yolanda (International name Haiyan) devastated the Philippines in November 2013, EVRMC, the only government tertiary training hospital in Region 8 was severely damaged. The typhoon and destruction of health facilities became problematic for a region that already had high levels of malnutrition even before the disaster.

UNICEF established an office in Tacloban City immediately after the typhoon for two years and included within its response long term recovery support and to build back better to promote sustainability. This included strengthening the cold chain to protect vaccines, establishing a Youth Hub, constructing the first disaster-resilient evacuation centre and training of teachers on Education in Emergencies, among others.

“UNICEF remains fully committed in supporting our partners who were affected by Yolanda. Five years after the typhoon, we are encouraged to see that Tacloban City and the rest of the region continues to rise, full of hope and promise,” UNICEF Philippines Representative Lotta Sylwander says.

EVRMC is the second Human Milk Bank UNICEF supported, the first one being Zamboanga City Hospital. EVRMC-HMB is unique because it is the hub of relief and rescue efforts in a typhoon prone region. The EVRMC Human Milk Bank has the potential to reach babies in need of breastmilk in six provinces, seven cities, 136 municipalities and 4,390 barangays. It was already able to provide 20 liters of breastmilk to help babies after a landslide in Biliran in 2017 caused by Tropical Storm Urduja.

UNICEF invested around Php 4 million to construct the Human Milk Bank and purchased essential equipment and supplies such as breast pumps, freezer, laminar flow hood, autoclave steam sterilizer and human milk pasteurizer. A human milk banking team composed of members from the Department of Pediatrics, Department of Obstetrics-Gynecology, and the Nursing Department was established and trained to serve as the leaders of each hospital unit involved in the human milk banking operations.

“While the hospital relies on patients who delivered their babies in EVRMC to supply their extra breast milk, we call on lactating mothers in and around Region 8 to donate breastmilk. We especially call on health workers, breastfeeding support groups and advocates to spread the word about the EVRMC Human Milk Bank and to donate breastmilk to ensure that children in the whole region get the best start in life,” Sylwander adds.

EVRMC and UNICEF also call on local officials to support the human milk banking operations, strengthen enabling policies and programs to support breastfeeding, and promoting linkages with other medical facilities and professionals within the region. 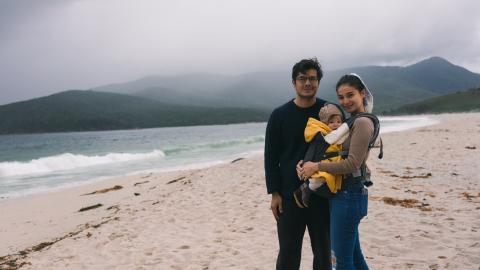 Actress Anne Curtis’ new role is her best, yet most challenging part yet – that of a first-time mother. 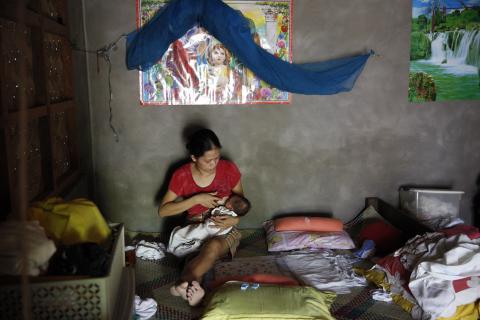 DOH, Korean Embassy and PARTNERS: BREASTFEEDING MUST CONTINUE AMIDST COVID-19 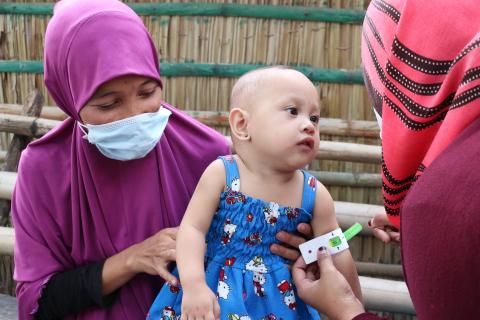 NNC, Embassy of the Republic of Korea through KOICA, UNICEF call on sectors to support children’s nutrition