Government of Gilgit Baltistan and UNICEF partnered to generate data supporting targeted, inclusive programmatic responses for the most vulnerable children 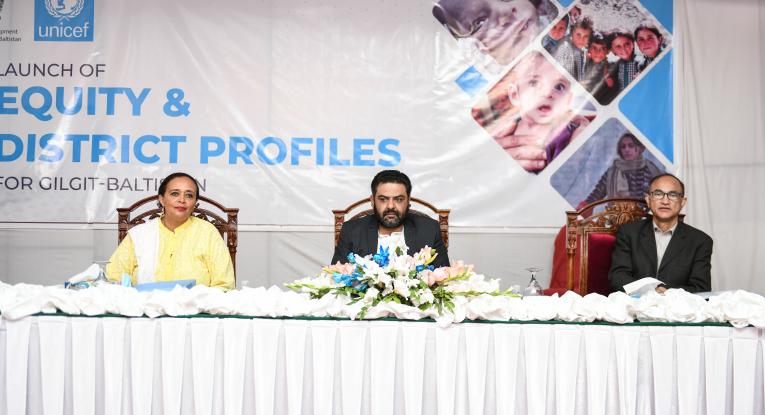 GILGIT, 28 October 2021 – Today the Government of Gilgit Baltistan (GB) launched four equity and ten district profiles developed with support from UNICEF in Gilgit. The data will help identify the most vulnerable children living in the territory and better plan for evidence-based, equitable programmatic interventions.

The analysis of Equity and District profiles in GB has already revealed an overall pattern of inequality between different groups and geographical areas. In particular, it found that children who belong to the lowest wealth quintile, have the least educated mothers and live in rural areas are more vulnerable to stunting, child marriage, early childbearing and school dropout. Moreover, the profiles highlighted differences between districts; for instance, Hunza has the highest rate of birth registration (84 per cent) while Diamer has the lowest (2 per cent).

The four Equity Profiles developed for Gilgit Baltistan in partnership with the Planning and Development Department help determine whether public resources are efficiently contributing to reducing socio-economic inequalities among children and to improving their lives; whether inequalities have increased or decreased; and progress against the Sustainable Development Goals (SDGs).

The 10 District Profiles provide the Government with reliable district-level indicators to better identify the most vulnerable families. This will help plan more efficient, integrated programmatic interventions that reach the most marginalized children and ensure equitable allocation of resources at district level. It will also help decision-makers evaluate the performance of each district against development indicators.

“When children do not have a fair chance in life, significant inequalities emerge between those who have the most and those who have the least. Those inequalities have significant economic, political and social consequences,” said Ms. Aida Girma, UNICEF Representative in Pakistan. ”UNICEF commends the Government of Gilgit Baltistan for developing Equity and District profiles that go beyond statistical averages which can hide wide disparities between districts and communities. These new tools will help the Government plan smart child-centered, targeted programmatic interventions and ensure that the most vulnerable children are the first to benefit from them. UNICEF will continue to support the Government to provide every girl and boy with equitable chances of fulfilling their potential.”

Since 2017, UNICEF Pakistan has supported all provincial Bureau of Statistics and Planning and Development Departments in Pakistan to include an Equity profile analysis in the Multiple Indicator Cluster Surveys (MICs). This helps ensure that resources are allocated strategically to reach the most marginalized populations first, in an equitable manner.

This is part of a 2015 initiative launched by UNICEF regional office in South Asia and the United Nations Economic and Social Commission for Asia and the Pacific (UNESCAP) to strengthen national statistical systems in the region. The goal is to improve reporting on the inequity and deprivations which children, women and other marginalized groups face. 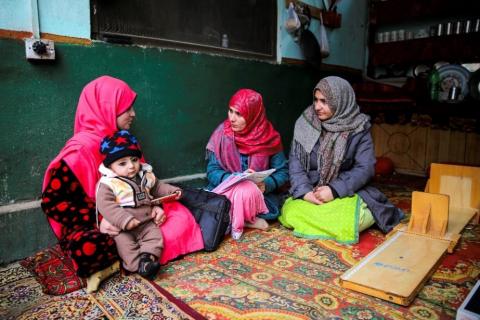 MICS – Taking evidence based development to the Himalayas

Conducting MICS in the Himalayas to promote evidence based development