PODGORICA, 31 March 2014 - 2014 has already brought a new addition to the Asovic family - in the shape of a three-and-a half month old baby girl whom they have fostered. Mira Asovic, her husband and three year old daughter have welcomed the baby into their Niksic home.

We could not ever let a month-old baby be placed in any kind of institution, and not into a family. When it comes to fostering, you open your heart more than you open your home. I know we did not make a mistake, and today we are really happy people.

This heart-warming human story is part of a broader human rights-based effort to reform and modernise the child protection sector in Montenegro, and replace large scale institutional care with family-based care for all children who cannot live within their biological families. In September 2013, the Government of Montenegro and UNICEF, with the support of the European Union, launched a nationwide campaign with the aim of promoting the basic human right of every child to family life.

According to UNICEF’s most recent knowledge, attitudes and practices survey of Montenegrin citizens towards children without parental care, which was conducted in February 2014, Montenegrins have become much more aware of the basic human right and need of every child to grow up in a family. Four out of five people in Montenegro think that it is better for a child without parental care to be placed in a foster family rather than in an institution.

As a result of the campaign, the number of children in non-kinship foster families has increased by 40 per cent compared to the period before the campaign.

There is now a global consensus from child psychology, paediatrics and neuroscience about the importance of one-on-one adult care in early childhood as a non-negotiable and basic requirement for normal childhood development. There is therefore no decision that any Government can make that has an impact on the human rights of an individual throughout their whole life cycle, more than a decision a Government makes about what to do with a child who is taken into its care.

The Prime Minister of Montenegro, Milo Djukanovic, emphasized that the Government will continue providing family support services in order to prevent child abandonment and keep biological families together.

We will continue, through a responsible approach and the work of the staff, not only of centres for social work but also of health centres, maternity wards and educational institutions, and in cooperation with our international partners, to promote an environment that will encourage and create opportunities for children to grow up in a family – through placing children in kinship and non-kinship foster families.

According to Andre Lys, head of operations of the European Union Delegation to Montenegro, the ongoing child welfare reform currently underway in Montenegro, is leading towards full achievement of international standards in the child protection system: “We have already seen in Montenegro important advancements in regulations and practices regarding inclusive education, the shift from institutional to family based care, as well as, expanding and improving quality of social and child protection services”.

To Mira and her family of three, the arrival of a foster baby has positively changed their lives. She is grateful for the chance she has been given and, to everyone thinking of becoming a foster parent, her message is: “It does not matter how old you are, or whether you have children of your own or not. It is important that you are not selfish, that you have got the space, energy, strength, will and the wish to offer love to someone else in your life”.

The awareness-raising campaign “Every child needs a family” is being conducted within the project „Social Welfare and Child Care System Reform – Enhancing Social Inclusion“, which is implemented by the Government of Montenegro with technical assistance from UNICEF and UNDP and with financial support from the European Union. 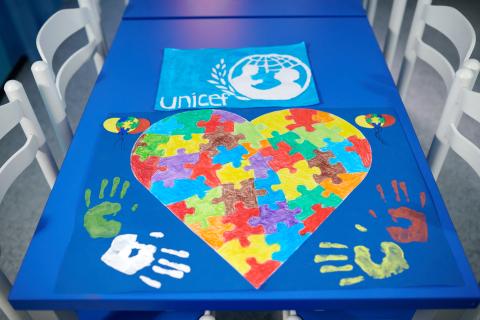 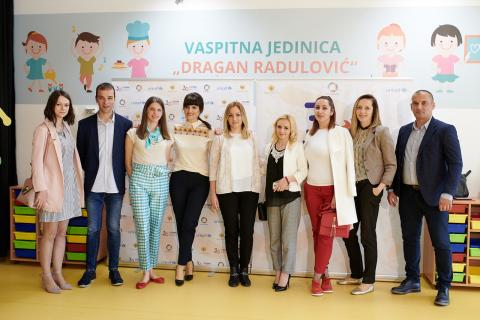 Parenting schools to be rolled out to all municipalities 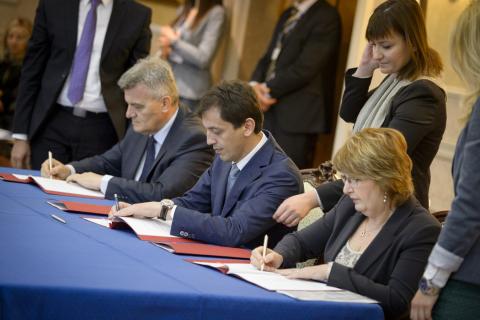 on prevention of child abandonment 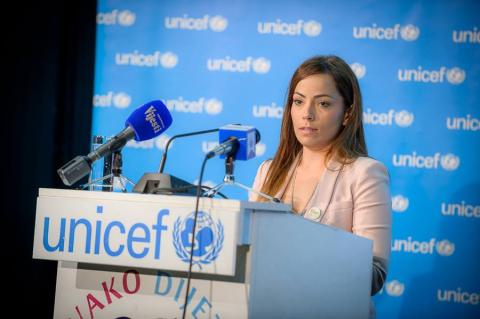 the “Every Child Needs a Family” campaign