LONDON, 9 February 2015 – David Beckham and UNICEF are today launching a groundbreaking initiative, 7: The David Beckham UNICEF Fund, to protect millions of children around the world from danger.

Marking Beckham’s 10th year as a UNICEF Goodwill Ambassador, ‘7’ is David’s personal commitment over the next decade to helping the world’s most vulnerable children. Through ‘7’, David will use his powerful global voice, influence and connections to raise vital funds and encourage world leaders to create lasting positive change for children.

“Today, the need to help children has never been greater and since retiring I have more time and I want to do so much more. That’s why I am setting up this new fund with UNICEF. 7 represents my ongoing commitment to helping children who need it most around the world. This is me stepping up my support – because I can, because I want to, because the outcome will help change the lives of millions of children. Everything I have done, my football career, my family, has led to this point – this is the moment for me to do what I can to help children in every corner of the world. This is something I want my own children to be proud of.”

“Over the coming years I am going to work with UNICEF to raise millions and speak out for children all over the world. I am planning numerous fundraising initiatives and I also hope to travel much more – meeting children, UNICEF staff and world leaders to help raise awareness and increase the pace of change. There are some very exciting plans ahead and I am so proud to be part of this.”

The launch of ‘7’, named in honour of Beckham’s lucky number on his famous England and Manchester United F.C. shirts, comes after one of the most devastating years for children on record.

More than 15 million children were exposed to extreme violence in major conflicts in 2014, while millions more were hit by natural disasters and thousands were left orphaned and out of school as a result of the devastating Ebola epidemic.  Beyond emergencies, children were also at serious risk – with 168 million children across the globe engaged in child labour and many others victims of sexual violence, trafficking and female genital mutilation.

‘7’ aims to harness the hope and potential of 2015 – a year in which international leaders will agree new global goals that will change children’s lives for years to come. Through 7, David Beckham will raise vital funds and advocate for change to ensure that UNICEF and its partners can deliver results for children – whether in education, water and sanitation, health care or social protection – and reach the children who need it most.

UNICEF has identified key places, across seven regions of the world, where urgent funding is required to help save and change children’s lives in the next three years. Some are programmes in towns and villages, some are nationwide programmes across a whole country and some across a whole region. All are places where children are living in danger right now - from violence, abuse or disease – places where, to date, the lack of funding has meant children remain vulnerable.

By funding these programmes over the next three years, ‘7’ could help UNICEF to:

Today when launching ‘7’, Beckham also asked the public and his fans to join him in taking action for children. He asked the public to back his call to world leaders to put children first and help end violence, preventable death and poverty for every child as they negotiate a fresh roadmap for global development – by adding their name to his international campaign.

“David Beckham has dedicated his 10 years as a UNICEF Goodwill Ambassador to speaking up for those who need it most – the world’s most vulnerable children,” said Paloma Escudero, from UNICEF’s Global Management Team.

“David has raised awareness of major dangers facing children – including malnutrition, Ebola and AIDS - and has travelled with UNICEF to Sierra Leone, South Africa, Thailand and most recently the Philippines, where he helped raise vital funds for children affected by Typhoon Haiyan. Through 7: The David Beckham UNICEF Fund, we can act together to drive positive change for children.”

Beckham’s long-term business partner and friend, Simon Fuller added, “David is so passionate about his work with UNICEF and the welfare and health of the world’s most vulnerable children. He has a unique connection to children, it is something quite extraordinary that I have witnessed for many years. Now that David is moving into the next phase of his professional life as a successful entrepreneur, he wants to be even more focused on making a difference. Since retiring from professional sports he has more time available to devote to his charitable work. He is serious about making a difference and I am very proud to see him with this much focus and positive intent for such an incredibly worthwhile cause.”

In 2015 the world will agree new global goals that could change children’s lives for years to come. Join David Beckham and UNICEF in calling on global leaders to #putchildrenfirst. Together, we can help end violence, preventable death and poverty for every child. Add your voice now at 7.org.

Photos and videos are available for download here: http://uni.cf/1zga7yw

Over the past 10 years, David Beckham has played a crucial role in UNICEF’s work to save and improve the lives of children. Key highlights include: 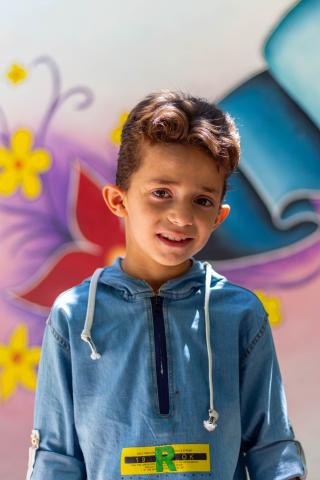 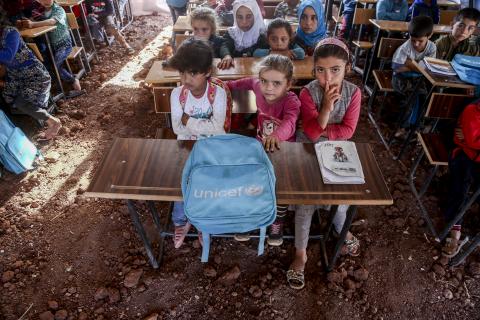 The Republic of Korea Contributes US$500,000 towards UNICEF’s Humanitarian Action for Children Appeal supporting education and protection interventions for the most vulnerable children in Syria 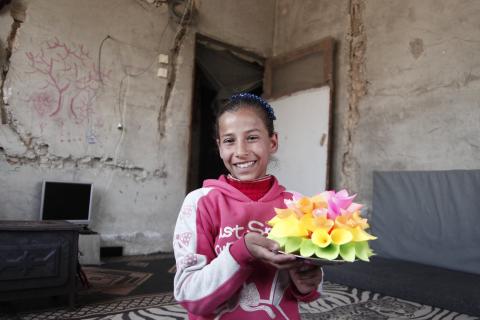 Farah’s powerful weapons in the face of hardship 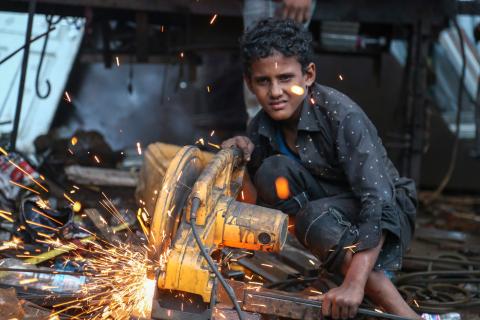 The number of children facing education disruption in Yemen could rise to 6 million, UNICEF warns