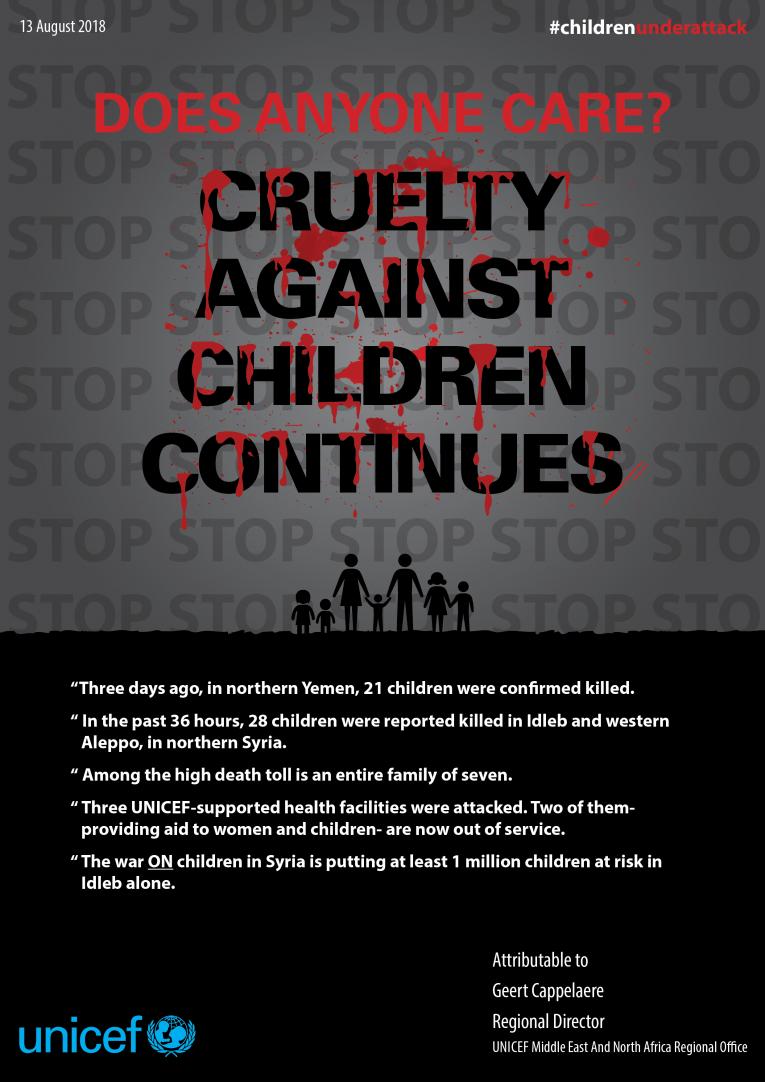 “Three days ago, in northern Yemen, 21 children were confirmed killed.

“In the past 36 hours, 28 children were reported killed in Idleb and western Aleppo, in northern Syria.

“Among the high death toll is an entire family of seven.

“Three UNICEF-supported health facilities were attacked. Two of them -providing aid to women and children- are now out of service.

“The war ON children in Syria is putting at least 1 million children at risk in Idleb alone."