Concern over child marriage among vulnerable girls in Jordan

AMMAN, Jordan, 16 July 2014 – Yasmine* is 16-years old and has been married for 9-months. “When I was younger I was dreaming about being a fashion designer but for now I can’t achieve that because of my situation,” she says. Her husband is 24-years old and they are expecting their first child.

“I’m five months pregnant now. Sometimes I feel angry, I think it’s because of the physical changes in my body that also affect my feelings,” she says.

Yasmine is a Syrian refugee living in Jordan. She has been in the country for two years. School is a distant memory and motherhood an imminent reality. While her story relates specifically to the conflict in Syria, a new study on early marriage in Jordan, launched today, shows that the practice of early marriage in Jordan shows no sign of abating.

Of all registered marriages in Jordan for 2013, 13 per cent  involved a girl less than 18 years of age – a figure that has remained relatively consistent for the past decade. This means more than 9,600 young girls married early and there has been little or no progress in reducing the number of cases.

Among Syrian refugees living in the country, the rate of child marriages has risen from 18 per cent  of total marriages in 2012 to 25 per cent  in 2013. Newly released figures now show that this rate has further increased to 32 per cent  in the first quarter of 2014. The pre-war figure inside Syria included an average of 13 per cent of marriages as involving an under 18-year old.

According to Yasmine’s mother, marrying young is not uncommon for Syrian girls but the increase is a result of many children dropping out of school earlier due to the crisis and once a teenage girl is at home they will receive marriage proposals.

UNICEF Jordan Representative, Robert Jenkins, highlights how child marriage can have immediate and life-long implications, “Girls that marry before 18 years of age are at increased risk of complications during pregnancy and of being victims of abuse. They also have more limited economic opportunities due to loss of schooling and can get trapped in a vicious cycle of poverty.”

The report highlights the common factors for child marriage in Jordan as; alleviating poverty or the burden of a large family with many daughters; providing protection for young girls; continuing traditions (cultural or family); and serving as an escape for girls living in an abusive home environment.

Jordanian law puts the legal minimum age of marriage for girls and boys at 18. However, those under 18 may get married under special conditions. UNICEF advocates to uphold, in line with international standards, the minimum legal age of marriage at 18 for both boys and girls.

UNICEF works with sister UN agencies, international NGOs, local partners, schools staff, parents and religious leaders to identify and prevent cases of child marriage, as well as to support those who have married early.

Promoting education, providing safe and protective spaces where girls can discuss their issues and talking with parents, community and religious leaders all play a role in addressing child marriage.

For those at risk of child marriage, UNICEF and its partners empower girls through providing vocational training, psychosocial support and life skills that can highlight options other than marrying early.

Child marriage is defined as a formal marriage or informal union before the age of 18. Girls are disproportionately the most affected. Evidence suggests that girls who have little or no education are up to six times more likely to marry as children compared with girls with secondary schooling. Completing just one more year of school can increase the ability to earn a better salary by 15 to 20 per cent.

Yasmine hasn’t given up on her dream of being a fashion designer. “I would like to enrol in a course in the future but we will see,” she says. But her childhood has been cut short – soon she will be a mother. 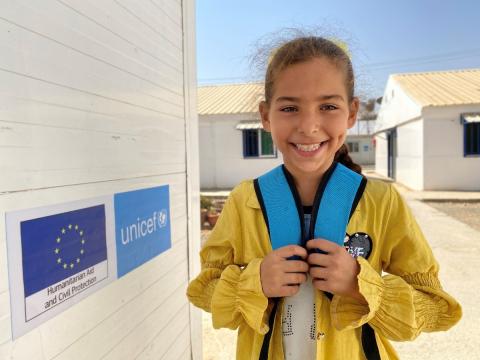 Guiding the next generation to enlightenment

Good education for a bright future 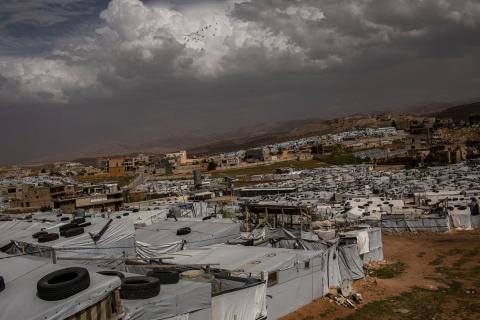 As Lebanon slips deeper within its multiple crises, desperate coping mechanisms are being employed within vulnerable families 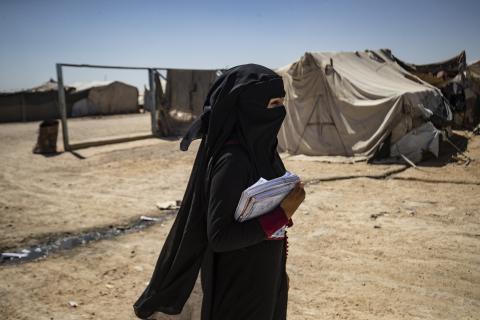 Too bold to stop dreaming 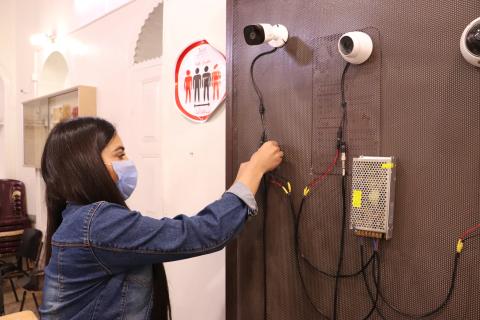 On International Girls in ICT day, UNICEF and partners empower Syrian youth to increase their employability through hands-on experience