There are other ways you can help

A day does not go by without UNICEF Malaysia receiving photos or videos on social media, via private message or wall posts featuring heinous acts of children being abused. Some of the photos are new to us but many have been shared numerous times before with often erroneous information attached.

These photos are sent by concerned people, imploring UNICEF to intervene or to investigate the current situation of the child. Whilst the sharing is well-intentioned and the result of seeing such terrible images of a suffering child, by and large, sharing such images publicly can do more harm than good to the child in question.

Here are five reasons why you shouldn’t share photos of abused children on social media.

1. Distress to the child immortalised online

The internet doesn’t forget and what is published and shared online is often impossible to retrieve especially if it has been shared by many people, on many different platforms. Seeing these photos/videos as they grow up or even when they are already adults, forces them to relive the trauma.

For most of the abuse videos and photos online, identification of the person in the images/video may not be easy thanks to low quality footage or censorship. What makes identification even harder is when the video is shared so often, in so many different countries as to make its origin almost impossible to pinpoint.

In this case, the well-meaning sharer has actually unwittingly aided the perpetrator to hide him/herself.

3. Stigmatisation of the child

Social stigma involves the strong social disapproval of differences that are perceived to be against social norms. Stigma takes many forms and is often based on irrational fears. When a child is revealed to have been a victim of an abusive household, experienced sexual abuse or may have had their health permanently affected by the ordeal (such as being infected by HIV), they may end up being ostracised in the community after this information has been so freely shared on social media.

4. It violates the child’s right to dignity

Article 16 of the Convention on the Rights of a Child provides that no child should be subjected to any interference with his/her privacy or attacks to his/her honour and reputation. Sharing photos of videos of a child in a demeaning situation, even with the best of intentions can cause embarrassment and distress to child. This is especially elevated when it is shared over and over again on social media that can easily come back to haunt the child involved throughout their lives. Even if the child isn’t readily identifiable, the child himself/herself and those close to him/her will know they are the subject of abuse in the videos. Imagine the horror of reliving the nightmare over and over again!

What you can do instead

We’re not saying ignore the photos, but if you really want to help the child in question, there are other, more effective steps you can take.

Of course, all the above takes time. It seems so much easier to simply share a photo on social media. The situation is compounded if you tried the initial steps and couldn’t find out where the abuse has taken place. In such a situation, if you feel you absolutely must share the photo, consider how you can protect the dignity of the child. Can you censor the photo/video in such a way as to hide the child but show the perpetrator?

Always consider the effects before sharing. Ensure that whatever you do safeguards the best interests of the child. Sharing of photos of children who have suffered abuse on social media well-intentioned as it may be, is not in line with this principle. 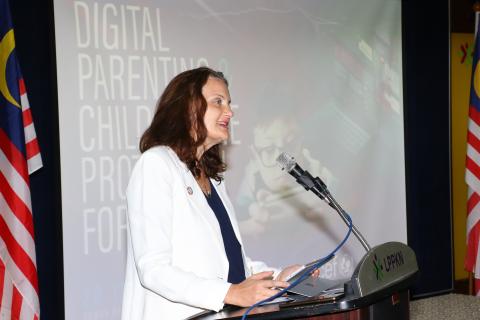 In response to news reports about pedophilia involving foreigners in Malaysia