A Safe Space for Children on Kota Kinabalu’s Streets

The Children’s Activity Centre in Kota Kinabalu aims to provide shelter and a nurturing environment for all children to learn, play and rest.

KOTA KINABALU: Like many teachers we know, Nurul Afiqah Abdul goes above and beyond when it comes to her dear students. Besides teaching, she also pays close attention to her students’ welfare to ensure they can focus on study and play.

Nurul Afiqah, 25, is fondly known as Cikgu Fiqah to her students at the Children’s Activity Centre or Pusat Aktiviti Kanak-Kanak Kota Kinabalu (PAKK). When the centre first opened its doors early this year, she noticed several students would arrive hungry, having not eaten breakfast or lunch.

Many of the students at the centre are undocumented. They live, work and play on the on the streets. Some sell small items such as toys or snacks, and this has now become a common sight at tourist spots around the bustling city of Kota Kinabalu. A few beg for a living.

Nurul Afiqah makes sure to prepare light food for any child who comes to the centre so that not one of her students goes hungry under her watch. It’s more work, but she does this with a smile on her face.

Undocumented children in Sabah include children of Filipino and Indonesian migrant descent or former refugees, some of whom may be born in Sabah but lack identity documentation. Some may be descendants of indigenous groups with disputed nationalities, or from the Bajau Laut or Pala’u community, who traditionally reside in houseboats off the coast of Sabah.

Those who are undocumented are unable to access formal education, and they are at higher risk of child labour and human trafficking. They may also be at risk of being arrested or detained by the authorities, especially if they are seen begging or loitering in public areas.

Being on the street puts children at a disadvantage. They are more vulnerable to neglect, violence, abuse and exploitation, and sometimes suffer from poor physical and mental health. Access to safe spaces to learn, play and interact with other children are also rare.

Determined to tackle this and give these children a better future, the European Union and UNICEF supported the Department of Social Welfare (Jabatan Kebajikan Masyarakat or JKM) Sabah in establishing a pilot children’s activity centre in the heart of Kota Kinabalu, close to the waterfront where children in street situations can often be found.

Open to all children (citizen and non-citizen alike) from ages 7 to 15, the Centre provides shelter, basic education classes (reading, writing, counting), snacks, showers and opportunity for play or rest. The centre is also an inclusive space for children with disabilities, fully equipped with ramps and accessible toilets.

Nurul Afiqah first joined the Centre in 2020, just as the pandemic began to unfold, and is now the supervisor. Although the centre was ready to open its doors to the public in 2020, it could not do so because the country went into lockdown to combat COVID-19. Today, however, she and her team of two teachers, supervise and facilitate the learning and recreational activities of 15 to 18 children.

Still, it has not been an easy journey. The implications of being a child on the street were evident when classes began, following the centre’s official opening in January 2022. “We do simple reading programmes, but most of them, including the teenagers, cannot write or read. They only know how to recite the alphabet,” she said in a recent interview with UNICEF, pointing to a new recruit, 16-year-old Sam (not his real name), who is illiterate.

Nurul Afiqah knows her students have the potential to learn and ace their studies but laments that they do not have access to formal education because of their lack of documentation. “I see that a few of them are really interested in studying and they can go further. But the thing is they don’t know where to reach out,” she said.

Thankfully, the centre is now in full operation and has the capacity to take in 30 children in total. They rely heavily on word-of-mouth to get new recruits. In fact, that is how Sam came on board. He heard about the centre from fellow undocumented friends of his who know about its operations.

Many children in street situations frequent a cafe where local NGOs sometimes conduct night classes. One of the NGO teachers knew an officer from the Sabah Community Development and People’s Well-being Ministry. He asked if there was a place where these children could go to learn. “So, the officer, who knew about our centre, gave him my number, and the students were referred here.”

Some are also approached in public by members of the public who know about the centre. Twelve-year-old Alisha, for instance, said she learned about the centre from a teacher she met at a grocery store. She was also excited about joining and making new friends.

But reaching out to more children has been challenging. When asked if she would tell her friends about the centre, Alisha said she would not. She said many of her friends, who are with proper documentation and part of the national school education system, should stay in their schools. She feels left out from her peers who can go to school.

Some students are also worried about being caught by the authorities, a concern that was heightened during the pandemic.

“It is hard to bring undocumented children here because they are afraid of being detained by immigration officers,” Nurul Afiqah shared. “We once brought two or three students that were really interested, but because they were scared of being caught, they did not come back.”

She hopes that things will get better for her students. While the job has its challenges, the yearning to continue caring for the children has kept her grounded. “They’re really interested in so many things, just like other children. Sometimes, it makes me want to cry when I hear their stories, knowing how difficult their situation is,” she said in a choked voice.

The next few months certainly seem bright for the students. Long-term plans include providing holistic services like counselling and establishing child protection mechanisms, such as risk identification, screening and referrals to other social services.

Nurul Afiqah knows well about the important role that the arts play in the lives of children and has plans for computer and music lessons too (provided she finds suitable volunteer instructors). The centre already has computers, guitars and a keyboard.

During our interview, Nurul Afiqah mentioned a field trip to a nearby zoo for the children that was in the pipeline. Most of the children, she said, had not seen many animals before and so they were really excited. However, because most of her students do not have documentation, they will be charged non-citizen rates, which are sometimes double or triple the price of the citizen rate. But in the same way that Nurul Afigah and her team approach the various issues they face at the centre, they are in constant discussions on how to resolve this and always hopeful that things will improve for their students.

The Children’s Activity Centre in Kota Kinabalu can be contacted at the following address and phone number:

UNICEF Malaysia supported this partnership with the Department of Social Welfare Sabah under the “Protecting Children affected by migration in Southeast, South and Central Asia” project co-funded by the European Union and UNICEF. 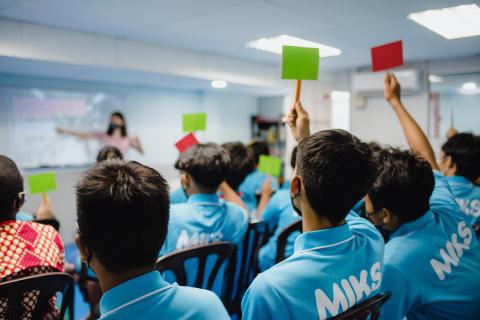 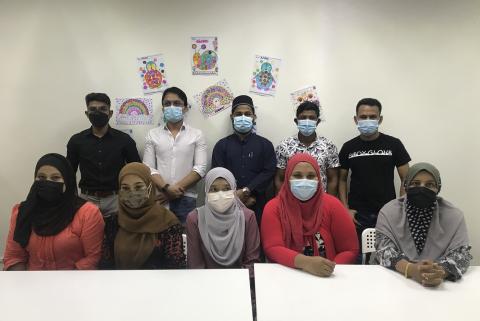 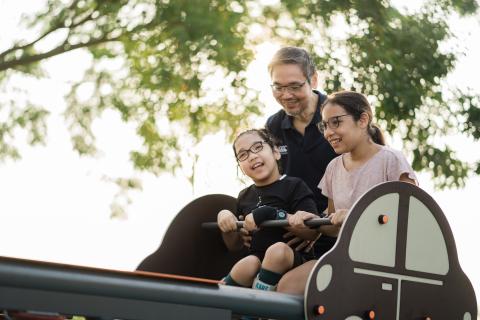 A driver for change on Zero Discrimination Day (and every other day!)

IDEAS and UNICEF: Refugee and asylum-seeking children’s rights to education and healthcare must be protected now