Increasing number of schools in Haiti targeted by gangs - UNICEF

At least seven schools in Port-au-Prince were forced to pay gangs in exchange for security in the past two months. 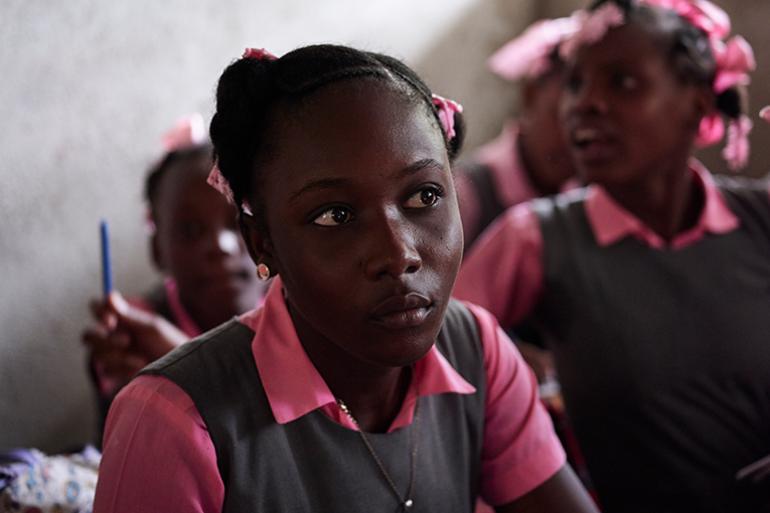 PORT-AU-PRINCE/PANAMA, 2 November 2021 – Amid a recrudescence of violence in Haiti, children in schools across urban areas are increasingly becoming targets for robbery or ransom, UNICEF warned today.

Events in the past week, which include the killing of a parent and injury of a girl in a school, and a gunpoint robbery of teacher salaries exemplify the severity of the situation in Port-au-Prince. Since the beginning of the school year in September, at least seven schools in and around the Haitian capital of Port-au-Prince were left with no choice but to pay armed gangs in return for security and more have been threatened.

“In areas controlled by the gangs, school directors and teachers are constantly under threat and, if they refuse to pay, their schools come under attack,” said Jean Gough, UNICEF Regional Director for Latin America and the Caribbean. “Across the capital city, more and more fear at school means less and less learning. Gangs are rapidly turning temples of knowledge into theatres of violence.”

In Haiti, more than half a million children are out of school because of a multitude of reasons, including high education costs, lack of support for the most vulnerable and poor educational services. Gang violence is fast becoming another reason for parents not to send their children to schools.

This year, increased gang criminality has further limited access to schools and prevented hundreds of children from starting or resuming their education. In the past few months, attacks on schools have been reported, mainly in major urban centres. Rising threats and acts of gun violence forced some school directors to relocate their schools to other areas out of control of the gangs.

Gang violence in and around Port-au-Prince has already forced over 19,000 people to flee their homes and thousands of children to interrupt their education. During the 2019-2020 school year, about 60 per cent of all Haitian schools were closed for 60 days during country lockdowns. UNICEF estimates that more than 230,000 children are at risk of dropping out of school in the Great Southern departments of Haiti affected by the 14 August earthquake.

“Before this new wave of criminality, far too many Haitian children were already out of school and far too many children are now at risk of dropping out due to the fact that schools are dangerous.  In Haiti today, every child who is left outside the classroom is more vulnerable to gang recruitment. The social impact of school dropouts for the future of the country cannot be overstated: Haiti needs more engineers to rebuild schools, more nurses to vaccinate newborns, more teachers to give classes. We need to find ways to bring children back to school and allow them to learn safely”, stressed Jean Gough.

During school holidays, UNICEF partnered with a Haitian university to organize remedial classes for displaced children and allow them to better prepare for the end-of-secondary school exams. UNICEF also partnered with a local civil society organization to provide non-formal education to 240 displaced youth on the outskirts of Port-au-Prince.

Thanks to the Global Partnership for Education (GPE), UNICEF and partners have distributed school kits to 70,000 children from the most vulnerable families affected by social unrest and the COVID-19 pandemic and provided support to about 1,971 teachers in 365 schools across the country. UNICEF and the Ministry of Education are building 900 temporary learning spaces while distributing 100,000 school kits in areas affected by the earthquake.

UNICEF urges all actors to respect education facilities and calls upon the Government of Haiti to ensure security in and around schools and take firm action to address gang violence against children.

For more information about UNICEF and its work for children, visit www.unicef.org/lac/en 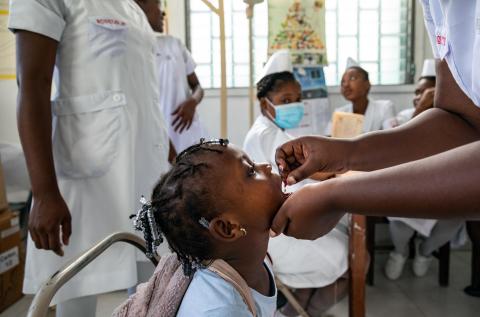 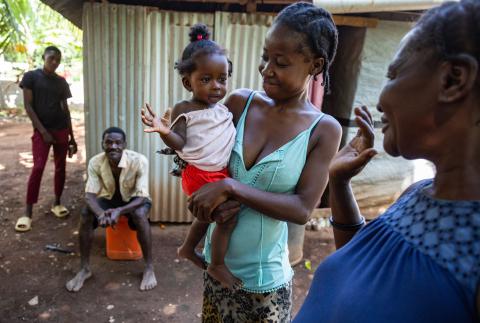 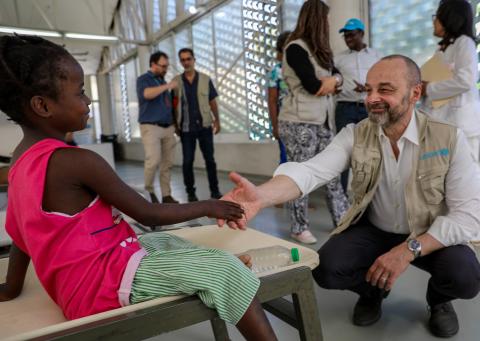 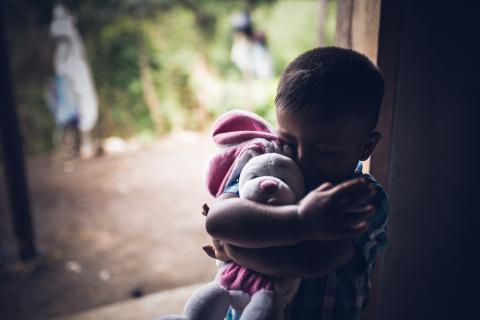