This article first appeared in The Standard on February 6, 2021.

Female genital mutilation, or FGM, is internationally recognized as a violation of human rights. Yet over 200 million girls worldwide are at risk of undergoing this harmful practice every year, many of them under the age of 15. Many factors contribute to the prevalence of FGM but in every society in which it occurs, it is a manifestation of entrenched gender inequality.

Here in Kenya around 4 million, or one in five, women and girls have been subjected to FGM. In some communities, this rises as high as 94 percent. Although overall these numbers have declined over recent years, they remain much too high. And we note that the gains can be precarious – when schools closed last year in response to COVID-19, we saw an increase in cases of FGM, child marriage and sexual violence. An estimated 574,000 additional Kenyan girls are at risk of undergoing FGM between now and 2030 unless urgent action is taken to prevent it. Thankfully, ending FGM is a national priority in Kenya, with an action plan to end the practice by 2022.

In cultures where female genital mutilation is entrenched in tradition and social norms, it takes real courage to speak up against it. And yet every day, survivors of FGM like 26-year-old Aisha Hussein are calling for an end to FGM. This is because Aisha knows first-hand, the long-term physical, psychological and social consequences of FGM, and the danger it poses to the current and future generation of girls and women. It is time to listen and act fast in addressing the structures, and harmful gender norms that perpetuate the practice. We have less than two years to do this if we are to realize Kenya’s goal. So what will it take?

Because female genital mutilation is rooted in gender inequality and power imbalances, fighting it requires changing the cultural and social norms that increase the risk of harm to women. This means addressing all other forms of violence and harmful practices such as child marriage, as well as physical, sexual and psychological violence occurring in the family, institutions and our communities.

Religious leaders, elders, and other cultural gatekeepers hold the key to the abandonment of FGM by entire communities. They can make public statements delinking female genital mutilation from religious teachings and ethnic culture. Decrees from the Borana Council of Elders,  Pokot elders, the Tana Delta elders, the Loita Maasai elders and others have outlawed the practice amongst their ethnic groups, paving way for alternative rites of passage that honour the rights and well-being of women and girls. In addition, religious and cultural leaders from across the country collectively signed a commitment to support government efforts in ending FGM , during a meeting held in State House Nairobi.

In 2019, President Kenyatta made the bold and important pledge to eliminate FGM in Kenya by 2022. The presence of a structured government response puts the country ahead of its neighbours in the fight against FGM. The collection of more reliable and accurate data and tight coordination among the various actors remains paramount. All of this will require sustainable domestic funding and prevention programmes, through national budget lines, county budget lines and contributions from the private sector and other local institutions.

At the county level, it takes county governments working hand in hand with grassroots organizations and communities to develop strategies for challenging the social norms and behaviours that drive female genital mutilation. Within the 22 counties with high prevalence of FGM in Kenya, worrying trends are emerging, such as the medicalization of FGM, girls cutting themselves, increased cross-border FGM, cutting of married women and the cutting of younger girls and infants. Establishing strong community surveillance mechanisms is crucial to ensuring the protection of at-risk girls and women, while collaboration between community leaders and law enforcement officers can help curb these emerging trends and prevent cross-border FGM.

Through the Joint Programme on Ending FGM, UNFPA and UNICEF are providing financial and technical support to the Ministry of Public Service and Gender to help implement the Presidential Costed Action Plan to End FGM in Kenya by 2022. We also help to provide girls and women with access to suitable care, while mobilizing communities to transform the social norms that uphold the practice. As we mark International Day of Zero Tolerance for Female Genital Mutilation, let us unite and act together to achieve the goal of an FGM-free Kenya. This is not just another cause – it is about a gross violation of human rights, and one which we can completely stop if we all have the will and determination. 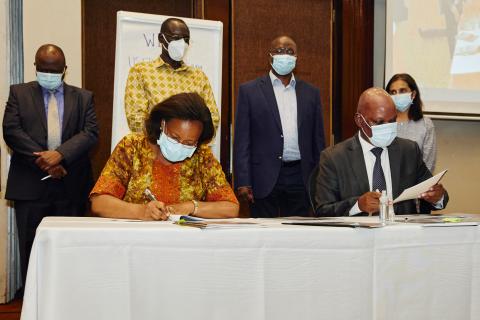 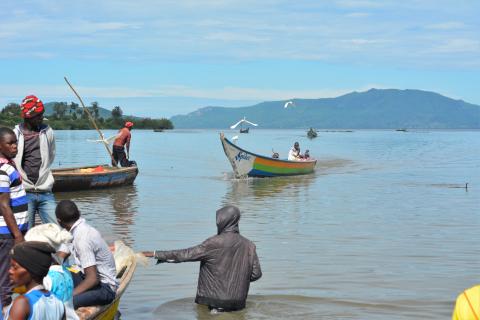 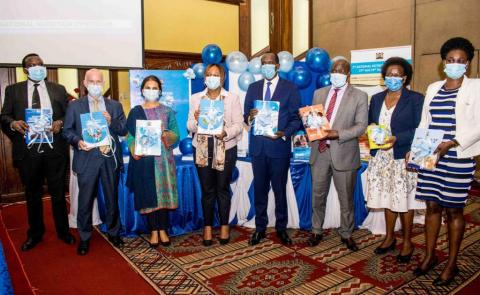 Milk Matters: Breaking the Cycle of Malnutrition in Kenya

Milk Matters: Breaking the Cycle of Malnutrition in Kenya