Open Source technology can save lives.

Consider the case of RapidPro, an Open Source software that enables health organisations - or any government or humanitarian group - to collect real-time data on vital metrics like infections, diseases, water safety, and children's malnutrition. RapidPro works via simple text messaging (or platforms like WhatsApp), so organisations can gather crucial data directly from individuals, even in hard-to-reach places. This data can then inform decisions on where to supplies, from food to vaccines, to direct aid.

This is why the United Nations Children’s Agency (UNICEF) developed RapidPro in 2014. The project quickly expanded, and is now used in 36 countries. In Pakistan, for example, RapidPro helped the families of 37 million children access the information they needed to maximize polio vaccinations.

How do you scale this kind of project? How do you save even more lives?

Since RapidPro is an Open Source software, other teams can piggyback on the tech, brainstorm new ideas, and then deploy the software in surprising ways.  Enter Ilhasoft, a startup funded by UNICEF’s Innovation Fund based in Brazil that took RapidPro as the starting point and then added a twist: using Artificial Intelligence, they built an Open Source chatbot, called HealthBuddy, that provides medical assistance and resources to people in developing countries. HealthBuddy, incubated by UNICEF and WHO, is actively used to educate people on COVID-19 and flag misinformation; to date, the app is available in 20 languages, has 300,000 users and has debunked over 17,000 pieces of misinformation.

At the UNICEF Innovation Fund, we invest in Open Source tech companies such as Ilhasoft (which has since changed its name to Weni). We believe in Open Source. The tech, at its core, is a collaborative means of development. That collaborative philosophy is in the UN’s bones; after all, it’s the United Nations. We aim to create solutions to social problems. And when we uncover impactful solutions, we want them to be replicated as swiftly as possible in as many places as possible. We want the solutions to ripple across the planet.

The open structure invites collaboration, sharing, and improvement. Another bonus? Everything can be easily traced and tracked. When you build a piece of Open Source software, you can clearly see how the repository grows its network of contributors. The progress of these humanitarian technologies can be measured and proven.

Specifically, there are 5 qualities of open source projects that make them especially suited for maximizing social impact:

Cboard is an app that helps children with speech and language impairments. It lets children communicate with symbols and text-to-speech technology. Cboard was launched in Argentina, but the developers knew it could help children all over the world. This is why they built it in the open.

“Open Source was the way it all came about'' says Martin Bedouret, Founder of Cboard. He shares a concrete example: in July of 2020, he received an email from a mother of a seven year-old non-verbal autistic boy, asking if Cboard can carry her local language called ‘Tetum’. This was in the country of Timor - Leste, a small island in the Pacific. “In order to support a new language, Cboard needs two things: symbol translation and an available synthetic voice. The good news is that both things are open source in Cboard.”

I simply can't imagine reaching so many languages and cultures without the Open Source community.

Open Source allows building upon existing solutions, which avoids the duplication of resources. This speeds up the process. Consider an example from Cambodia, where the literacy rate is 87.9%. This means that 12% of the population cannot read text messages. A project called Somleng built a low-cost, Open Source Interactive Voice Response (IVR) platform that provides local delivery of calls and SMS — letting people hear voice messages instead of reading texts. It’s up to 20X cheaper than traditional alternatives, which many users cannot afford. This can save lives during emergencies.

Somleng was used by the Cambodian government to deliver typhoon-related warnings to over 3,000 people in the Oddar Meanchay Province, giving them time to prepare for the crisis. Also, since the pandemic broke out in 2020, Somleng’s voice alerts have been crucial in the government's efforts, using the solution to disseminate safe guidelines like wearing face masks and practicing social distancing.

Then there’s the potential for reuse. Another Open Source project - none other than RapidPro - integrated the IVR component into its data collection solution. They could have built one from scratch, but that would have wasted valuable time and resources. So instead, they used Somleng’s Open Source code, giving them a voice component that paved the way for even greater social impact.

Oky is an Open Source project that launched in both Mongolia and Indonesia. It’s another project that UNICEF’s Innovation Fund invested in. Oky helps girls learn about menstruation and track their periods, as the subject is taboo in many parts of the world. It quickly proved useful and popular, gaining 70,000 users since it launched. It also educates girls and young women on topics like nutrition, pregnancy, mental health, human rights, and COVID safety.

UNICEF Mexico wanted to use Oky in Mexico, but realized that it would need some local customization. So another Open Source project, Pixframe (another UNICEF Innovation Fund portfolio company), conducted co-creation workshops with local girls and adolescents, which helped determine the best way to tailor the app for Mexico. They also used “ecosystem mapping” to understand the preferred websites, interests, and online habits of Mexican girls. Pixframe took the core of Oky and then adapted it for Mexico, where it will launch shortly. Thanks to this kind of inspired adaptation, Oky now has a planned roll-out in Kenya, India, Nepal, the Philippines, and Burundi.

When software code is open, other developers can swoop in and check for mistakes, inspect for bugs, and help ensure data security and functionality. This allows for quick troubleshooting and implementation. Take the case of Thinking Machines, a Philippines-based project that uses Artificial Intelligence to create detailed, granular, geo-based satellite images that help organisations pinpoint the exact locations of poverty and wealth. This helps direct resources to the right places. Thinking Machines has already expanded to Sri Lanka, Singapore, and Colombia — lightning-quick quality control has supported this scaling.

Quality control helps us ensure that our code is reproducible and accessible by any programmer who wants to use it. Aside from the bugs or missing steps that people point out, the community also nominates new features for enhancement. Even further, they can implement and test new features themselves and submit it for review.

Having people contribute helps accelerate the growth and improvement of the product.

Remember Cboard, the app that helps children with disabilities to communicate? Cboard recently merged with another Open Source project, OTTAA, also part of UNICEF’s Innovation Fund Portfolio. OTTAA is also a communication tool for children with speech disabilities. It’s an AI and picture-based platform that uses data, such as the time of the day, user age, gender, and location, to pre-select 4 pictograms from their database of 18,000 pictograms, helping users quickly use pictures to communicate in real-time. In other words, it uses predictive algorithms to help “guess” what the user might want to say. The algorithm gets more accurate the more it is used.

OTTAA and Cboard both realized they had the same end goal: ‘to return the voice to those who have lost it’. So they merged. The two projects now collaborate and share marketing resources, tech, platforms, and development tools. While OTTAA is based on predictions offered to the user, Cboard uses communication boards so they can jointly cover a wider range of users' necessities, allowing for a better-customized solution. Because both projects are Open Source, this collaboration could happen without legal bureaucracy, non-disclosure agreements, or discussions over Intellectual Property. It was simple.

Open Source collaborations don’t require a legal merger; they happen all the time. It’s easy for enthusiasts to jump in and help the project. OTTAA says that since they started, they have seen many parents, aunts, or relatives of people with disabilities contributing to the solution. Martin Bedouret says Open Source benefits both parties, and in the end creates a more inclusive solution for everyone.

There’s one final benefit of this model.

From the perspective of the projects themselves, there are compelling business reasons to use Open Source. Certainly, just like for humanitarian organizations, scaling into new markets and benefiting more people is attractive from a business perspective as well. But even more, there are financial incentives.

When you have developers around the globe who are pitching in to find and contribute to these Open Source solutions, this increases the pool of talent. There are now 56 million developers on Github, according to one estimate. This ocean of talent lets you tap into expertise and contexts from all around the world, plucking the best ideas for free. These contributors often add diversity and a range of ideas and voices, as maybe a talented dev from Indonesia looks at the code and says, "Actually, you can do this in a more efficient way." 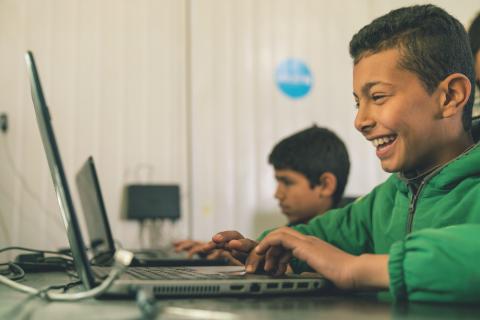 Why be open source? 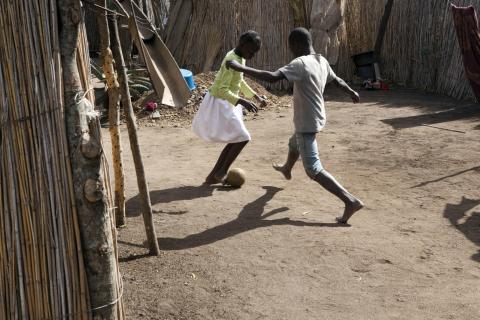 Step into a venture capitalist's shoes to invest in impactful solutions 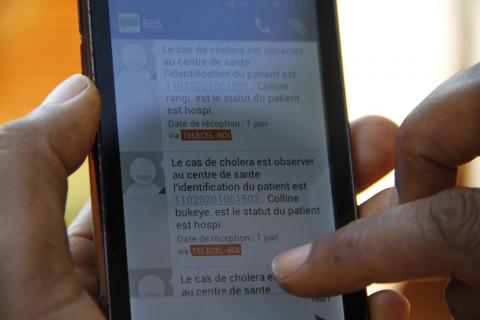