Giving every child a voice with AAC technology

UNICEF’s Regional office for Europe and Central Asia has been piloting a joint initiative to bring affordable Assistive Technology for Augmentative and Alternative Communication (AAC) in Croatia, Montenegro and Serbia.

An open source mobile app, “Cboard,” developed by UNICEF Innovation Fund Graduate “Cireha,” is being introduced by UNICEF and partners to support young children with complex communication needs who otherwise may be left out of early childhood education services.

The tool promotes interaction, helps overcome speech impairments, develops language and steers these children towards an education and active social life right from their early years. Overall, it is estimated that there are 12,000 children aged 0 - 6 years in Croatia, Montenegro, and Serbia in need of AAC solutions. In the region, approximately 840,000 children could potentially benefit.

An AAC tablet-based communicator – Cboard, which is available in over 30 languages, and accesses the Global symbols database of over 20,000 symbols – is being tested for effectiveness with children, professionals and parents. Cboard is an open-source, offline-compatible and freely available AAC application, designed for scalability and access to reach many more children in the future around the globe. In low-tech settings, the pictographic symbol sets can also be exported from Cboard and printed to support communication work with children using paper-based resources.

UNICEF’s Innovation Fund supported the development of Cboard to improve the availability of affordable AAC solutions that can be scaled up sustainably.

Over 70 professionals including pre-school teachers, speech and language therapists, psychologists, occupational therapists and special educators are being trained to identify and support young children with speech, language, and communication related difficulties who could benefit from assistive technology. A robust training package developed for this purpose and delivered as a combination of face to face and on-line learning is readily available to support professionals from other countries.

Cboard is being tested as a tool to train parents and professionals to apply it as a part of a routine-based intervention, where the communicator is integrated into the child’s environment predominately at home and in pre-school. Routine-based intervention aims to focus on improving the child’s ability to communicate in every-day situations, and preparing the child and parents for inclusion in society.

Parents and professionals reported a positive response in children with communication needs that have effectively integrated Cboard into their daily lives both at home and with the professionals, during the first phase of the pilot.

Challenges reported are centered around difficulties with adapting to new technology and a learning curve for parents unfamiliar with the AAC based communication style. For more than half the children and families, cboard is the first digital communicator they have used, previously replying on only low tech communication tools like gestures and PECS boards.

“Our son accepted it better than we thought,” said Nikolina Kuraica, mother of 6-year-old Nikola who has multiple communication impairments, from Dubrovnik, Croatia. “Now he has the way to ask us, and communicate. Before when he wanted something, he would grab our hands and point to the item he wanted.

A few days after he started using Cboard, he would say ‘Mama, daj [Mom, give me],’ and press on the image of sandwich on the tablet. His greatest motivation is food, so we started with food.”

Parents have also found ways to personalize Cboard to their home environment, by taking images of common items from their daily lives to photos of family members, and making it more familiar and easy to understand. Another parent, living in Split, Croatia, said that her daughter was making great progress and carrying the tablet everywhere, after the mother had created pictures of her meals and family members.”

Professionals working with the children in the pilot, reported that the children responded particularly well to the text-to-speech functionality whereby each pictogram pressed speaks the label out loud in the local language. This had led to reports of improved confidence and vocalization in children who are primarily non-verbal.

Ljerka Ljubas, a speech therapist practicing in Zagreb, Croatia, said that Cboard improved the confidence and vocabulary of Dora, age 6. “After many repetitions of certain symbols, Dora acquired new words which she pronounced quite intelligibly. Cboard gave Dora the opportunity to communicate in the imperative (I need/I want), but also to communicate in the declarative (this is/that is). She uses it to comment on situations, share her interests with others, make jokes, give compliments and so much more.”

Natasa Sreckovic Milenkovic, a speech therapist for Srna Ilic, age 3, in Belgrade, Serbia, observed that Cboard positively impacted the speech development of the child. “Srna was non-verbal and began to speak after we use app Cboard. We set icons for YES, BRAVO, MORE, and after using the Cboard, Srna began to spontaneously use those words in communication when she wanted something. Now, when she does something right, she taps herself and says "BRAVO" verbally. In communication, she has increased the number of words she utters, some as initial syllables, others as whole words, so she is now working on expanding her vocabulary on a tablet.”

The goal for Cboard is to improve the lives of children by making it easier for them to communicate. To measure the impact of this, the PIADS (Psychosocial Impact of Assistive Devices) scale is being used to measure progress in adaptability, competence and self-esteem. The initial results from the PIADS test points to a promising trend exhibiting progress across all three observable domains. Practically it means that, "frustrations are now less expressed and they are now a calmer and happier child. Cboard makes our lives easier and enables the child to communicate," as observed by a pre-school teacher at Kindergarten CVIT Mediterana, Split, Croatia.

The pilot is continuing during the COVID-19 crisis in 2020 as the Cboard communicator is being used at home where children are supported by parents. Face to face support of professionals to parents and children was replaced by digital means of communication and distance support through phone, Whatsapp and Viber. A new native version of the Cboard communicator is in development with new features requested by the community, to further enhance its robustness. 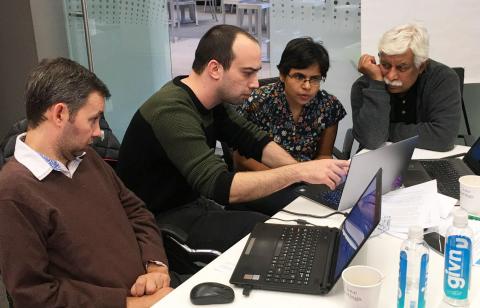 Key takeaways from the workshop 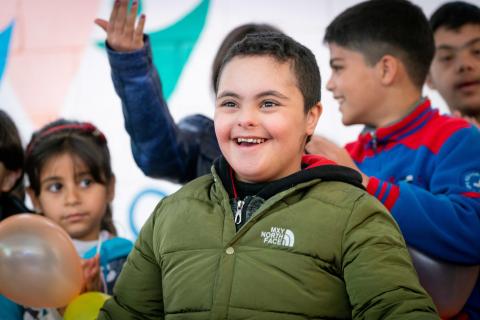 CIREHA: Aiding communication for children and adults with speech and language impairments 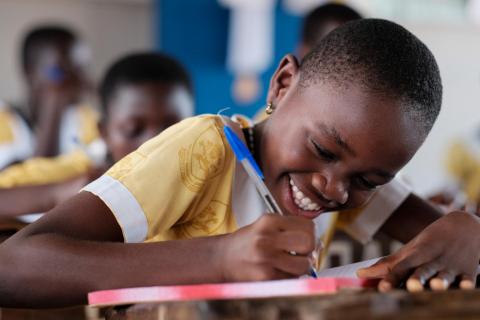 The demand is great, but how can we tell which existing and emerging edutech innovations are the wisest investments?