Finding Water in the Driest Places

The More Water More Life initiative is set to become the first affordable solution for water shortages in East and Southern Africa. Successful pilots in Ethiopia and Madagascar have defined a model that is ready for expansion across the region.

East Africa and Southern Africa are filled with dry, arid terrain. These areas are home to millions of people. These people are also some of the most vulnerable to water shortages. Accessing clean water—which is necessary to sustain Water, Sanitation, and Hygiene (WASH) standards—is particularly important for children. Without clean water, children get diseases and experience food insecurity. But how do you get clean water in the desert? The answer lies below our feet.

Groundwater is the most viable water source in areas with low rainfall. Drilling for water is necessary for these regions to survive and thrive, but complex geographical terrain has resulted in low drilling success rates. It’s very hard to accurately estimate where groundwater is hiding. In East and Southern Africa, drilling success rates are shockingly low—drilling success often falls under 50 percent. That means that more than half of the wells that are drilled come out dry. Drilling for water doesn’t actually solve water problems in these communities. Without accurate and effective underground drilling—and better understanding how groundwater is refilled, or “recharged" from rainwater—drought remains a critical threat to millions of children.

UNICEF’s More Water More Life - Groundwater Mapping Project Using Satellite Data provides a fresh take on drilling. It was designed to increase the drilling success rate for groundwater by mapping deep aquifers—bodies of permeable rock that can contain groundwater—with satellites and science. Since 2017, UNICEF has collaborated with the European Union Joint Research Centre (EU-JRC) to develop this new way of mapping groundwater using geospatial imagery and data. Together, EU-JRC and UNICEF found a way to use satellite images in conjunction with conventional exploration techniques to reduce the time and resources required for groundwater feasibility studies. More Water More Life’s data-driven approach helps find groundwater before drilling. This saves time and money. In fact, the initiative delivers clean water at around 50 cents per person. This is great value for money when compared to other technologies that cost thousands of dollars more, but find water less than half of the time. Perhaps most importantly, the groundwater is extracted in an environmentally sustainable way, meaning there aren’t long-term environmental or socioeconomic consequences like aquifer depletion.

The More Water More Life initiative has already been successfully piloted in Ethiopia and Madagascar. Because of this innovative new technology, drilling success rates almost doubled in Ethiopia, increasing from 50% to 92%. This directly improved water access for 1.2 million people, with 740,000 of them being children. The pilot also revealed two key findings. First, geospatial technology allowed UNICEF to access to far-flung areas that would otherwise be impossible to map using conventional survey methods. Second, remote sensing data allowed UNICEF to cover wide areas, including those traditionally known to be too remote and too fragile due to conflict. In spite of difficult terrain and conflict, More Water More Life proved effective. UNICEF successfully gave thousands of children in both countries access to water via the initiative. This provides a strong case for expanding More Water More Life in East and Southern Africa and beyond.

“We are already seeing from the pilot work in Ethiopia, drilling success rates increased from 50% to 92%. This directly improved water access for 1.2 million people with 740,000 of these being children. We have over 40 million children living in extreme water vulnerability who could benefit.”

Any arid country could benefit from More Water More Life’s innovative new approach to drilling. In addition to expanding the initiative to other areas of Ethiopia, children face an immediate need for clean water in Angola, Kenya, Somalia, and Madagascar. As More Water More Life is scaled, it is expected to reach more than 40 million children in these areas alone. In addition to saving lives, this should result in enormous ripple effects on the economies of these countries. On top of giving people access to clean water for WASH, water strengthens farming and livestock, creating a knock-on effect across the entire economy. Imagine if Kenyan herders and their children don’t need to move around, traversing hundreds of kilometers of land just to find reliable water sources for their livestock?

After a successful pilot in Ethiopia and Madagascar, More Water More Life is beginning to scale. By incorporating data and scientific methods into the drilling process, this ground-breaking innovation has more than doubled the success rate for underground drilling. We are faced with two facts: 1) worldwide, one in five children don’t have access to clean water, and 2) More Water More Life has been a remarkable success in Ethiopia and Madagascar. The need and solution are clear. This innovative approach to drilling must be scaled. The technology to find groundwater exists. Now it’s time to share it.

The More Water More Life initiative is part of the Global WASH Innovation Portfolio at UNICEF, and addresses the global WASH challenge: How can UNICEF and partners best tackle foreseen climate change impacts on delivery and access to WASH services?  The Global Innovation Portfolios align technical and financial resources to promising projects that can accelerate results for children in key focus areas, including Learning, Maternal and Child Health, Climate Change, Gender Equality, Youth, Mental Health and Psychosocial Support, and Immunization. By bringing these proven solutions to more countries, UNICEF’s Office of Innovation strives to strategically and efficiently address some of the biggest challenges facing children.

Continue exploring the Office of Innovation website to learn about the many innovative solutions and technologies the team is bringing to scale. 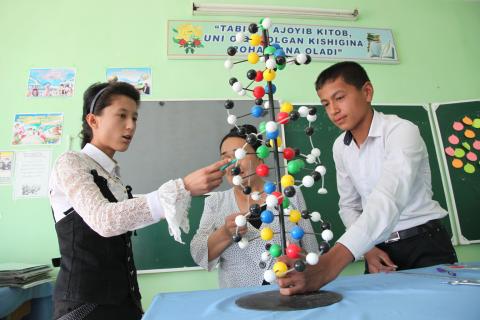 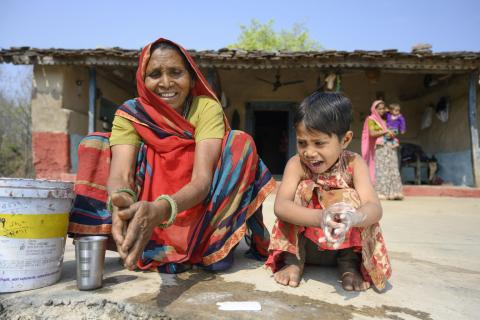 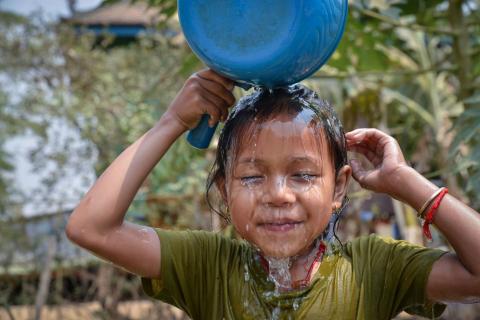 No child should have to drink dirty water 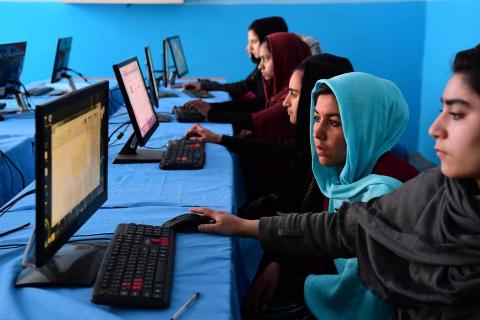