UNICEF and George Perris' work will focus on combating violence against children, one of the key priorities of the UNICEF Greece Country Office. 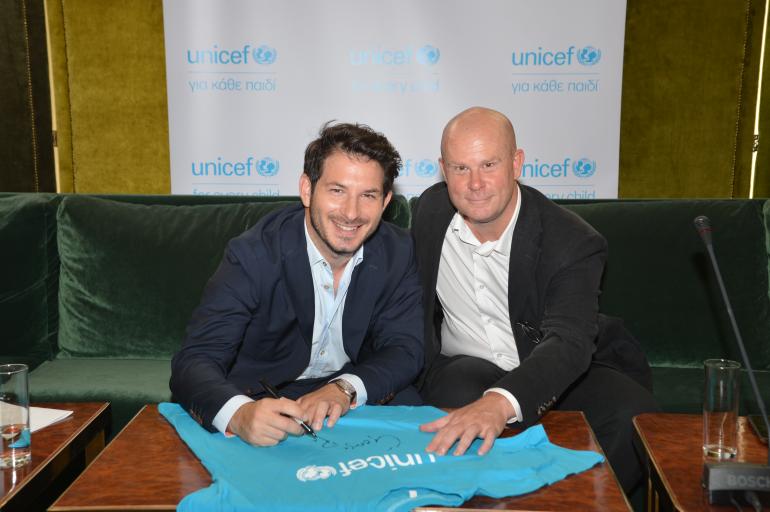 ATHENS, 28 June 2022 - The United Nations Children's Fund (UNICEF) has selected internationally renowned performer, George Perris, as its new Goodwill Ambassador for Greece. The announcement took place during an open press conference in the foyer of the historic Pallas Theatre on Monday 27 June.

UNICEF and George Perris’ work will focus on combating violence against children, one of the key priorities of UNICEF Greece Country Office and one of the most critical issues that threaten the safety, physical and mental health as well as the well-being of children and young people in Greece and around the world.

"It is a great honour and pleasure for us to announce that the talented and much loved by children and adults, George Perris, joins the team of Goodwill Ambassadors for Children and Youth in Greece” said UNICEF’s Representative in Greece Mr. Luciano Calestini who also added "despite the lack of official data, recent surveys reveal that at least 1 in 4 children in Greece have been affected by different forms of violence, psychological, physical or sexual. The United Nations Children's Fund in cooperation with the Greek state and relevant private and independent bodies aim to strengthen both the prevention and response to all different forms of violence."

"I am particularly excited today to take up my duties as UNICEF Goodwill Ambassador for Greece. The title is a great honour but it also carries a great responsibility. I have been a defenseless child myself and I don’t want to see any child weak or alone in the face of violence" said George Perris, adding "Unfortunately, every day we witness or we are recipients of many forms of violence; gender-based, sexual, domestic, violence in schools or online. When a child is witnessing or receiving any type of violence, then we should consider that our society has failed. We must all work hard for children to ensure their safety and well-being."

In a recorded message, Global Goodwill Ambassador, Ms. Nana Mouskouri, welcomed George Perris to the UNICEF family and also addressed an appeal to our fellow citizens to ensure that young people and children, especially the most vulnerable oness, are at the centre of the country's priorities.

The event was well attended by the Deputy Minister of Labour and Social Affairs, Domna Michaelidou, who congratulated Mr Perris and referred to the ongoing cooperation between UNICEF and the Greek state aiming to strengthen the child protection system, starting with the promotion of foster care and deinstitutionalisation.

UNICEF and George Perris committed to the immediate announcement of next steps, collaborations and initiatives aiming to raise awareness and inform the Greek public, including young people and children, in cooperation with state, private and independent bodies, so that every child in the country enjoys a carefree childhood.

George Perris joins a team of global and national Goodwill Ambassadors who along with UNICEF defend the rights of children in every corner around the world, such as Elena Paparizou who was announced as the first Goodwill Ambassador of the Organization in Greece in November 2021, as well as Audrey Hepburn, David Beckham, Pink, Katy Perry, Orlando Bloom and of course our very own Global Goodwill Ambassador Nana Mouskouri. UNICEF Ambassadors are important personalities who have contributed to the work of the Organization over the last 68 years through their reputation and prestige in their field to ensure the rights of children and young people. 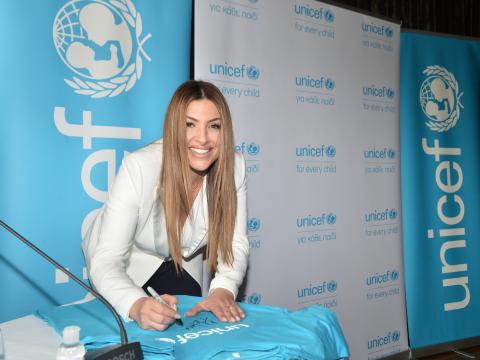