A new UNICEF-World Bank report finds that lost earnings due to the COVID-19 pandemic have left 1 in 4 households with children going a day or more without food. 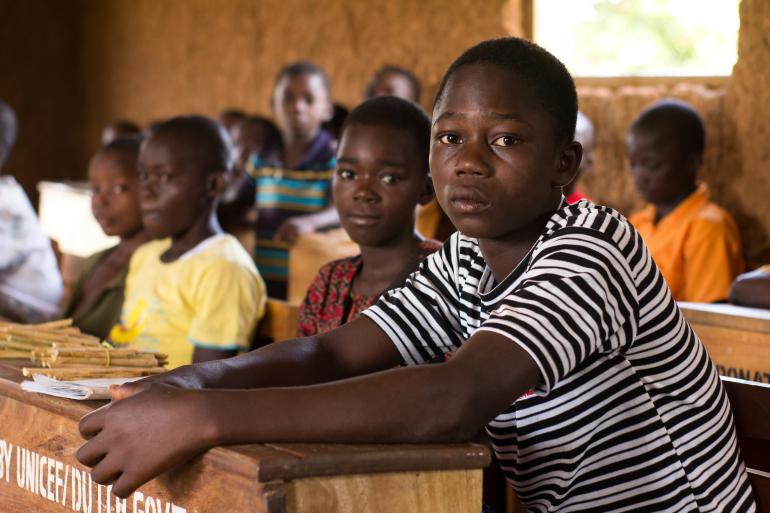 At least two thirds of households with children around the world have lost income since the COVID-19 pandemic hit two years ago, according to a new report published by UNICEF and the World Bank.

The report titled ‘Impact of COVID-19 on the welfare of households with children’ presents findings from data collected in 35 countries, including Ghana. It found that households with three or more children were most likely to have lost income, with more than three-quarters experiencing a reduction in earnings. This compares to 68 percent of households with one or two children.

Findings from Ghana show that about 22 million people, making up about two-thirds of the population, experienced a decrease in household income because of the pandemic.

Similarly, in Ghana 52.1% of households reduced food consumption as a coping mechanism in the face of the COVID-19 pandemic. In addition, because of increase in prices and lack of financial resources, 15.9% of households reported an inability to buy at least one staple food. An increase in prices is the most common shock experienced by households. In Ghana, 73.4% indicated that the prices of major food items consumed have increased.

“The modest progress made in reducing child poverty in recent years risks being reversed in all parts of the world. Families have experienced income loss at a staggering scale. While last year inflation reached its highest level in years, more than two thirds of households with children brought in less money. Families cannot afford food or essential health care services. They cannot afford housing. It is a dire picture, and the poorest households are being pushed even deeper in poverty,” said Sanjay Wijesekera, UNICEF Director of Programme Group.

The report finds that children in 40 percent of households did not engage in any form of educational activities while their schools were closed. In Ghana, 35 percent of children in Basic School and 28 percent of Senior High School students were not engaged in learning while they were at home from March to December 2020. The main challenge faced by children for home learning was access to basic tools such as computers or phones and internet. Given that data is compiled at the household level, the actual participation rate at individual level is likely even lower, especially for children who come from households with three or more children.

“The disruptions to education and health care for children, coupled with catastrophic out-of-pocket health expenses, which affect more than 1 billion people, could put the brakes on the development of human capital – the levels of education, health and well-being people need to become productive members of society,” said Carolina Sánchez-Páramo, Global Director of Poverty and Equity for the World Bank. “This could lock in increases in inequality for generations to come, making it less likely that children will do better than their parents or grandparents.”

While households with three or more children were the most likely to experience a loss of income, they were also most likely to receive government assistance, with 25 percent accessing this support, compared to 10 percent of households with no children. The report notes that this helped to mitigate the adverse impact of the crisis on households that received support.

The report notes that prior to COVID-19, one in six children worldwide – 356 million – experienced extreme poverty, where household members struggled to survive on less than $1.90 a day. More than 40 percent of children lived in moderate poverty. And nearly 1 billion children lived in multidimensional poverty in developing countries, a figure that has since increased by 10 percent because of the pandemic. In Ghana, almost one child out of every three lived in monetary poverty, while 73 percent of children experienced multidimensional poverty suffering from multiple and overlapping deprivations. This situation highlights the importance of strengthening and expanding the nation’s social protection systems to build resilience of the poor and vulnerable so they can cope in the event of shock.

UNICEF and the World Bank commend the Government of Ghana for its efforts to support social protection interventions and integrated social services. For example, the Ministry of Gender, Children and Social Protection has been implementing the Livelihood Empowerment Against Poverty (LEAP) programme, with strong linkages to Integrated Social Services, with support from UNICEF, World Bank and other partners. In response to the COVID-19 pandemic, the LEAP programme was temporarily expanded to reach persons who were not enrolled on the program and were greatly impacted by the pandemic. An estimated 125,000 beneficiaries were targeted to receive temporary cash transfers to cushion them against the pandemic’s economic shock. Beneficiaries of the Labor-intensive Public Works (LIPW) also benefitted from adjusted work schedules in response to protocols aimed at managing the spread of the pandemic while their earnings remained unaffected. This programme has been implemented by the Ministry of Local Government, Decentralization and Rural Development, with funding from the World Bank.

UNICEF and the World Bank invite governments to consider a rapid expansion of social protection interventions for children and their families. The scaling up of cash transfers, including child grants, first targeting the most vulnerable, is a critical investment that can help lift families out of economic distress and prepare for future shocks. Since the start of the pandemic, more than 200 countries or territories have introduced thousands of social protection measures. The World Bank has supported countries with approximately $12.5 billion to implement such measures, reaching nearly 1 billion individuals worldwide.

It is recommended to continue scaling-up the LEAP and Integrated Social Services programmes in a well-coordinated manner with the aid of robust systems, primarily focusing on the poorest children and vulnerable groups. As recent evaluations show, linkages between social protection and services across sectors are yielding positive results, including in strengthening access to the national health insurance scheme. In the current context of limited fiscal space, investment in social protection should be ringfenced and funds allocated to social protection in the government budget should also be released on time to enable the poorest who depend on these safety nets to meet their basic needs in a more predictable manner. In addition, it is important to strengthen the shock-responsiveness of Ghana's social protection system including a national Registry to provide the needed data for social protection targeting to ensure that intended beneficiaries are reached with the needed support.

Target 1.3 of the Sustainable Development Goal 1 (end poverty) the calls for the implementation of nationally appropriate social protection systems and measures for all, with substantial coverage of the poor and the vulnerable. To leave no one behind, and in line with the Ghana 2022-2025 Medium-Term National Development Policy Framework, it is indeed critical to continue investing in social sectors, including social protection. Addressing child poverty and socio-economic vulnerabilities will contribute to inclusive and sustainable growth.

We focus on the following harmonized key indicators of children’s welfare covering both their individual conditions as well as those of the household they live in: (i) Income loss and job loss; (ii) Food insecurity (households reporting an adult member didn’t eat for a whole day or skipped a meal due to lack of money/resources); (iii) Social protection programs (whether households have received any government assistance since the beginning of the pandemic); and (iv) Education (participation in any educational activities following closures due to COVID-19).

The World Bank Group provides financing, global knowledge, and long-term commitment to help low- and middle-income countries end poverty, achieve sustainable growth, and invest in opportunity for all. Since the start of the COVID-19 pandemic, the World Bank Group has deployed over $157 billion to fight the health, economic, and social impacts of the pandemic, the fastest and largest crisis response in its history. The financing is helping more than 100 countries strengthen pandemic preparedness, protect the poor and jobs, and jump start a climate-friendly recovery. The World Bank is also supporting over 50 low- and middle-income countries, more than half of which are in Africa, with the purchase and deployment of COVID-19 vaccines, and is making available $20 billion in financing for this purpose until the end of 2022. 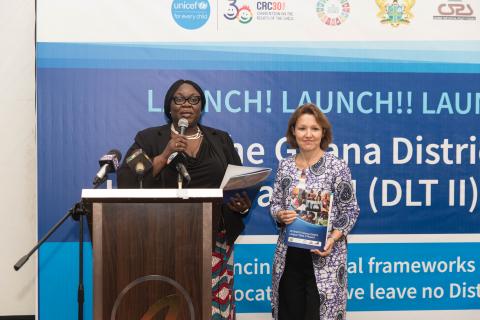