Around the world, the impact of the COVID-19 pandemic will be measured not only in the number of deaths or the scale of job losses but also in how it is affecting our mental and emotional wellbeing. By encouraging fear, anxiety and uncertainty, as well as prejudice and stigma, the virus’ toll will also be felt in its mental health consequences. In Ethiopia, where mental health and psychosocial support services (MHPSS) are already limited, these may be devastating - especially for children and young people.

According to government projections, hundreds of thousands of Ethiopians are at risk of contracting coronavirus, though the number of confirmed cases so far is still relatively low. Should the virus spread dramatically, Ethiopia’s relatively weak and under-resourced health and social welfare systems (including child protection) would be quickly overwhelmed, leading to possibly thousands of deaths. At the same time, the indirect impact of lockdown measures - on April 10th the federal government declared a five month state-of-emergency, prohibiting, among other things, public gatherings of more than four people - could result in at least one million job losses.

Mitigating the emotional and psychosocial damage that a shock of this magnitude might cause is a significant challenge. But it should be a priority. So far, only a tiny handful of confirmed cases have been girls and boys, and only several hundred have yet been placed in isolation centers. But schools and universities are closed, meaning that huge numbers of children and young people - even without a state of full lockdown - are stuck in cramped and overcrowded family homes with little to do. Churches and mosques have suspended services, a disorienting and disturbing development for children and adults alike in a deeply religious country like Ethiopia. And a sharp uptick in poverty will exert even more strain on already stretched households, increasing the risks of domestic violence, abuse and neglect.

Preliminary findings from a study conducted in Ethiopia by Ohio State University between 16-21 March this year showed that one third of respondents feared they would run out of food within a week and nearly half of those who were on medication said they would run out in less than a week. Although respondents understood that COVID-19 suspects needed to be isolated, two thirds said they did not have a separate room in which they could be isolated.

For many, this reality fuels anxiety, and so do rumours. Anecdotal reports from healthcare facilities in Addis Ababa, including some mental health clinics, suggest that people are staying at home rather than seeking treatment - for fear of being infected with the virus or being taken into isolation. In other parts of the world, people might be able to speak to healthcare providers by phone or online, but in Ethiopia the internet is out of reach for much of the population. The Black Lion Hospital in Addis Ababa, Ethiopia’s largest general public hospital, has set up a virtual consultation system via Skype - but not all patients are able to use it.

Myths, coupled with misinformation, not only risk fueling the spread but also increase stigma, especially of households which are already heavily stigmatized, such as those having children with disabilities. Such households tend to be excluded or marginalized from community support and assistance. Stigmatized children may be neglected or abandoned if they lose their caregivers to sickness or death during the pandemic.

It is therefore critical that Ethiopia puts mental health and psychosocial services at the heart of its response to COVID-19. One of the key lessons of the 2014 Ebola outbreak in West Africa is that these services are an essential part of any response to a public health emergency. So far, the Ethiopian government has shown commendable interest in doing this - but there are major gaps.

For a start, Ethiopia’s MHPSS infrastructure is already insufficient. Unofficial estimates by the Ministry of Health suggest only one quarter of government health facilities include an MHPSS service of any kind. Those which have some sort of service have almost no services at all specific to children - and the very few which do exist are almost all in Addis Ababa and some other major cities. The country has only one qualified Child and Adolescent Psychiatrist.

This limited infrastructure has been further stretched by the country’s ongoing crises. Due to repeated outbreaks since 2017 of largely ethnic-based strife, Ethiopia today has one of the world’s largest IDP populations, estimated to be 1.78 million, according to the 2020 UN Humanitarian Response Plan. Many IDPs are already affected by psychosocial distress, given the prolonged state of displacement and challenges in accessing services.

So are the thousands of young Ethiopian migrants who have been returned from Saudi Arabia and other countries in recent weeks. They are currently being held in often overcrowded transit centres and many are in need of serious psychosocial care. “We don’t care if we die” is a sentiment the deportees have repeatedly expressed to recent visitors.

A UNICEF mapping in 2019 of humanitarian and displacement sites found that less than one in ten were covered by an MHPSS intervention. Most of those which were covered had only very specific interventions (“safe spaces”, for example). None had a full spectrum of MHPSS services. And provision is almost entirely delivered through the public health system, with very little investment at all by humanitarian partners.

The Ethiopian Medical Association is working hard to pull together all the country’s MHPSS specialists to support the government’s COVID-19 response. There are plans to assign therapists, psychologists and social workers to the country’s isolation centres to provide counselling, as well as efforts to set up a special quarantine centre for those with mental health problems. The Ministry of Education is broadcasting educational programmes for children on its satellite TV channel, some of which incorporate MHPSS messaging.

As a UN agency working around the world to promote access to child protection services, we at UNICEF are working with partners to bolster and coordinate a range of MHPSS responses. We have signed a partnership with Save the Children to get MHPSS messages onto national TV and radio, and to key providers of health and social welfare services. We are also developing accurate, child-friendly information on COVID-19, including materials that address stigma and positive parenting.

More is needed. There should be plans in place for safe, family-based care and support for children separated from their caregivers or whose caregivers die. Another lesson from the Ebola outbreak in West Africa is that in the early stages, the response actually undermined children’s rights by separating children from their families without parental consent, closing children’s access to education and health care and failing to develop communication strategies that engaged directly with children and included them specifically in the messaging. The Ministry of Health has made steps in this direction by ensuring that plans to prevent or mitigate separation are part of Ethiopia’s COVID-19 response strategy. They should be adhered to closely.

The coronavirus threatens to cause a mental health crisis on top of an economic one. But grasped properly, it might be an opportunity to strengthen existing mental health and psychosocial services. Now is the time for Ethiopia to launch a national conversation about mental health and its impact on children as well as adults, and to start making such services a central pillar of the primary health care and education systems. 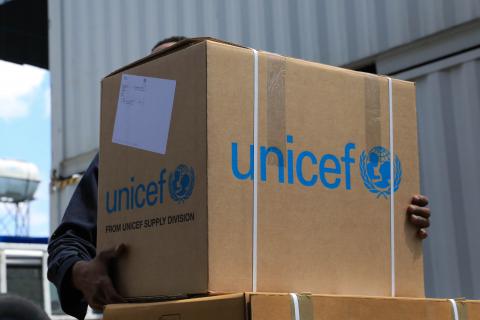 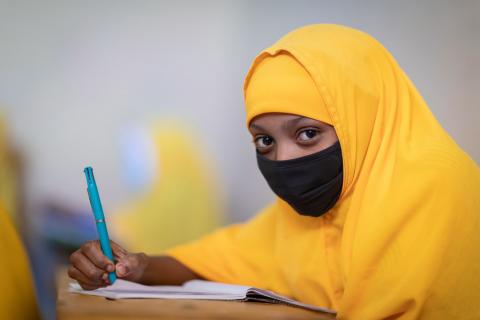 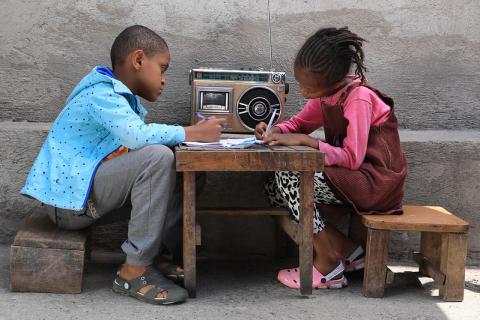