“I feel anxious when I think about having a baby,”

Shelle, SNNP Region, Ethiopia, 06 March 2021 - “I feel anxious when I think about having a baby,” says Meskerem Beyene, 17, who is four months pregnant. “It is my first time and I don’t know what will come along.”

Meskerem got married at age 16.

Four years ago, when Meskerem was in grade 5, one of her relatives took her to Shashemene, a larger town in the west Arsi zone of the Oromia region, with the promise of a better life.

“She gave her word that she would send me to a good school. But I ended up babysitting her child,” says Meskerem.

Meskerem kept asking her relative to take her to school. However, the language of instruction in Shashemene was different from what she had been taught in Shelle. After a short while, she quit school.

Away from her family and out of school, she spent the next three years babysitting after which she returned to Shelle town where her mother was running a small restaurant. It is at the restaurant that Meskerem met her husband. The couple lives in a single room rented house. While Meskerem stays at home, her husband struggles to eke living farming on land he rented from his father.

“Every morning I make breakfast and after my husband leaves for work, I clean the house and wash clothes,” says Meskerem. “When I feel lonely, I go to my mother’s house. I tell her how I feel.”

Meskerem is learning about motherhood. Two weeks ago, she visited the Shelle Health Centre for her first antenatal follow up. Her pregnancy is healthy, but she sometimes feels tired.

“Young mothers like her [Meskerem] are adolescents and their bodies are still developing,” says Woineshet, a midwife at the health centre. “When they are pregnant, they need iron and folic acid which are critical for the health of the mother and the development of the baby.”

The World Health Organization (WHO) estimates that more than 40 per cent of pregnant women worldwide are anaemic. At least half of the anaemia burden is assumed to be due to iron deficiency[1]. WHO also recommends daily oral iron and folic supplementation for pregnant women to prevent maternal anaemia, puerperal sepsis, low birth weight, and preterm births. Meskerem is lucky because she receives the iron-folic she needs from the health centre as well as adequate advice from trained professionals.

With funding from the Canadian government, UNICEF supports youth and adolescent-friendly services such as iron folic acid, antenatal care, and counselling on sexual and reproductive health by trained professionals. Shelle Health Centre is one of 633 health facilities in Ethiopia that have benefitted from the programme since its launch in 2019.

“Youths and adolescents have a unique set of needs that are usually ignored by the society and services providers,” says Sinksar Simeneh, a nutrition specialist at UNICEF. “We still have challenges in reaching out to young girls who are out of school. We often get reports of teen pregnancies from this group.”

“We provide services which are tailored to the unique needs of adolescents,” adds Baharu Belela, head of the health centre. “We have a separate adolescent-friendly space where they can freely receive counselling and other services without fear.”

Poverty, child marriage and dropping out of school deprive girls of a better future. Meskerem feels sad when she thinks about her lost education. Her friends are now in grade nine.

Her priority, for now, is to manage her pregnancy and have a safe delivery. Help is also readily available from the health centre which is a walking distance from her home. Meskerem says she is yet to know the gender of her baby, but she prefers a girl.

“She will be my child, my friend and my supporter,” she says.

[1] Daily iron and folic acid supplementation during pregnancy (WHO) https://www.who.int/elena/titles/daily_iron_pregnancy/en/ 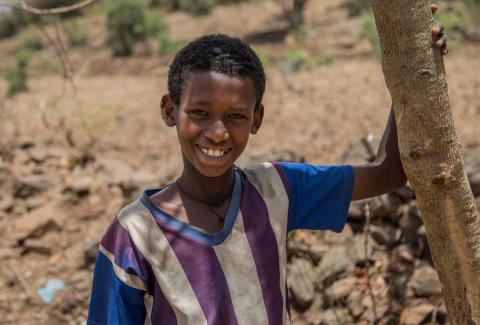 From Childhood, through Adolescence to Adulthood in Ethiopia

Studying the lives of young people over a 17-year period to understand the factors that shape childhood, adolescence, and youth. 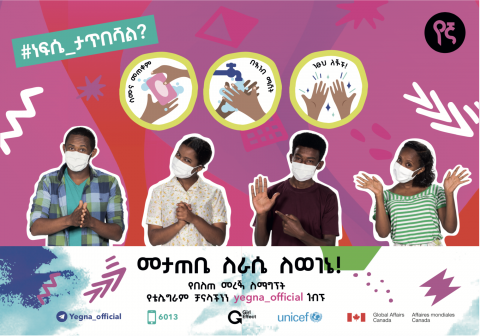 through Nationwide Campaign and TV series 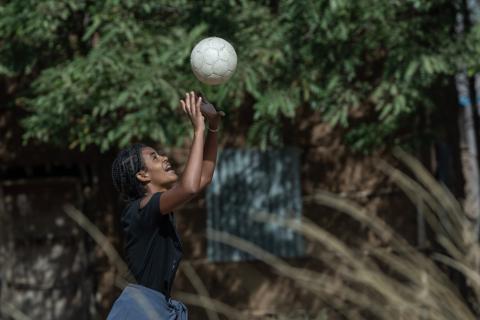 Why nutrition matters for adolescent girls