Ethiopia sensitizes stakeholders on its new food and nutrition policy

A sensitization workshop on the newly-launched Food and Nutrition Policy (FNP) was held last month in Adama, Oromia Region to sensitize relevant sectors and nutrition development partners and obtain their commitment to the policy at federal and regional levels. The event was attended by various government line ministers, nutrition development partners including UN agencies, academia, members of the media, and civil society.

The workshop comes against a backdrop of rapid improvements across several nutrition indicators in Ethiopia. The stunting rate declined from 58 per cent in 2000 to 38 per cent in 2016, nearly two-thirds (65 per cent) of households have access to an improved source of drinking water, and the largest African productive safety net program is found in Ethiopia.  Nevertheless, over six million children under five years are stunted and the stunting reduction was not accompanied by a narrowing of the gaps among different wealth groups. Between 2011 and 2016, for example, stunting among the poorest and richest Ethiopians declined by 4.8 and 3.9 percentage points respectively but remains high among the poorest with more than 44 per cent still stunted versus 26 per cent among the wealthiest group. These disparities are often attributed to an inability to obtain nutritious food, the high rates of infectious diseases, limited hygiene and sanitation practices, and unsuitable feeding practices during the 1,000-days window (from conception to age 2).

Evidence shows that early childhood malnutrition is negatively associated with lower cognitive performance of children in Ethiopia. Wasting and stunting are often presented as two separate forms of malnutrition requiring different interventions for prevention and/or treatment. These two forms of malnutrition, however, are closely related and often occur simultaneously in the same populations and often in the same children.  Evidence suggests that episodes of wasting negatively affect linear growth and, therefore, undermine child growth and development. Treating children is not sufficient and community and systems resilience needs to be built up for children and their families to withstand more frequent shocks, mostly driven by climatic changes.

The recognition of the importance of the multi-sectoral approach to reducing both chronic and acute malnutrition in the last two National Nutrition Programmes was an important milestone. The 2013 Lancet nutrition series estimated that scaling up ten proven, effective nutrition-specific (health sector-focused) interventions could reduce malnutrition only by 20 per cent worldwide and thus emphasized the need for nutrition-sensitive interventions. The Food and Nutrition Policy is expected to ensure nutrition-specific and nutrition-sensitive interventions are implemented through multi-sectoral coordination and integration.

In her opening remarks, the State Minister of Health Dr Liya Tadesse acknowledged the contributions of sectors and development agencies to the policy and requested them to maintain the momentum during implementation. She indicated that the policy would be launched after establishment of a national nutrition council to coordinate its implementation. 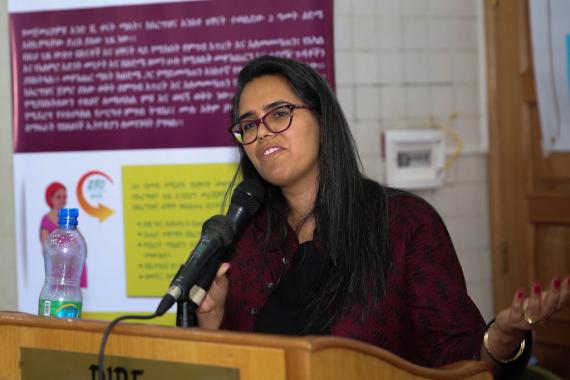 UNICEF Deputy Representative Ms. Shalini Bahuguna, speaking on behalf of UN agencies, highlighted the importance of the policy in achieving zero stunting by 2030. She highlighted three principles for attention: (i) the fundamental human right to food and nutrition security for all Ethiopians; (ii) accountability for results; and (iii) ensuring equal rights for men and women. She said the positive steps taken by the Government to balance gender representation in the country’s senior leadership needed to be emulated in the implementation of the Policy.

"The number of stunted children in Ethiopia – six million- is nearly equal to the population of Denmark. Therefore, all UN agencies will be committed to supporting the Government in implementing the Policy to improve the nutritional status of children and women through intersectoral collaboration, woreda transformation, equity, resilience of systems, and innovation and scale up.”

Representatives of Government line ministries and nutrition development sectors expressed their commitment to implementing the Policy. 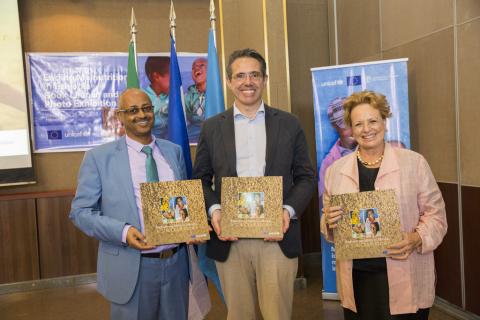 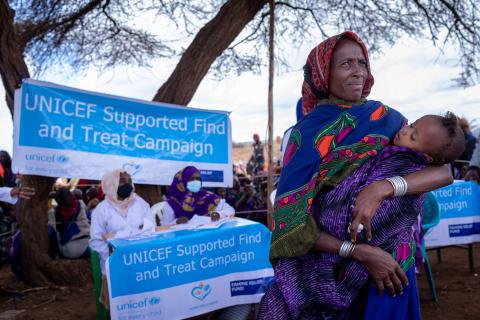 A campaign to save lives 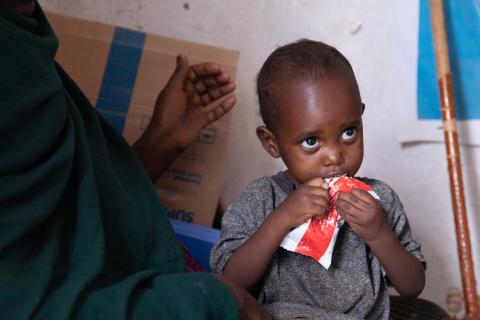