Drought and climate change pushing communities to the brink

Climate change and its resulting effect of enormous land degradation and significant depletion of pasture in Borena zone is pushing pastoralist communities to the brink. Erratic Gena (main season) rains coupled with failed Hagayya (short season) rains forced many to move far from the usual migration routes. Livestock deaths are reported in many woredas (districts) of the zone. The drought also exacerbated the already scarce water availability in the area. Children are missing out on their education while rates of malnutrition in pregnant and breastfeeding women and children under the age of five are also increasing. UNICEF, closely working with zonal and woreda administrations, is responding to the crisis. This photo essay is a snapshot of the situation and what UNICEF is doing to support the Borena communities.

After she lost 27 cows to the recent drought, Bekeri Huqqa is worried about the future. For pastoralists communities in Borena, herding livestock is a way of life. Loss of cattle means loss of livelihood. “Some people even have suicidal thoughts. But I left everything to God,” she says in despair. Bekeri hopes that the rains will come, and things will get better. But recovering and restocking the cattle will take a long time.

The small village of Lafto in Dubuluk woreda is almost deserted. The men took the cattle far away from the village, looking for pasture and water. Only a few women and young children, two elderly men, sick and weak cows are left behind. A little further from the village in the dry shrubs, cattle carcasses are scattered around. Bona (drought) strikes hard there.

In a place called Melbana where a motorized water scheme fills a cattle trough, the men gathered a large number of cattle. Many have to travel for days to get to the water source. But, the condition of the animals is deteriorating.

In Cherati village, Dima Boru (left) squeezes in to fill her water container at a UNICEF supported site even if it is a one hour walk for her. It would have been a much longer journey for her had there been no water trucking in the area. She left her village Bisika early so that she can take three 20 litters jerry cans back home, a task that took at least four hours. Since the drought started, she lost six cows. “This is a hard time for us here. Everybody is worried about the situation. The drought is really bad. When my cattle died, I cried like a lot,” says Dima.

Jilo Roba (right) in Galle village also says that the water distributed there is important for women and girls who otherwise have no choice but to walk for hours to the nearest woreda town which is very far away.

At Lafto health post, seven months old Harobo Guya, is getting treatment for Severe Acute Malnutrition (SAM). She is one of the many children affected by the recent drought in Borena Zone. The zone statistics show that the number of children with SAM jumps from 389 in September to 422 in October. Since the onset of the drought, UNICEF is supporting the zone to strengthen routine nutrition screening for children under the age of 5 years and pregnant and breastfeeding women. In the months between July and October, more than 1,600 children with SAM were treated with ready-to-use therapeutic food (RUFT) which were dispatched to all woredas.

The drought has also affected children’s education. 11-year-old Adi Kure for instance is responsible for fetching water, cooking and taking care of her mother who recently had a baby. Her father, like the other men in the village, is away with the cattle. “I help my mother at home. I fetch water with this [pointing to a 20 littler jerry can on her back] and carry it home. I also prepare the meal. I go to school in the afternoon, but I don’t have time for studying,” says Adi. According to Borena zone, nearly 14,000 children are out of school mainly because they move with their families and cattle. 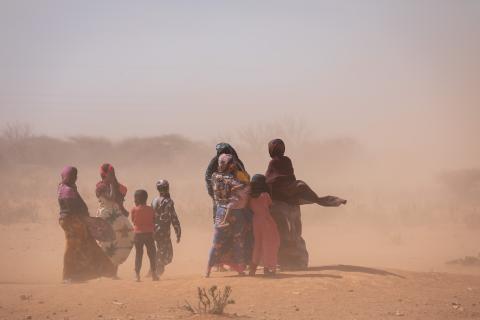 Prolonged drought pushing families in Ethiopia to the brink 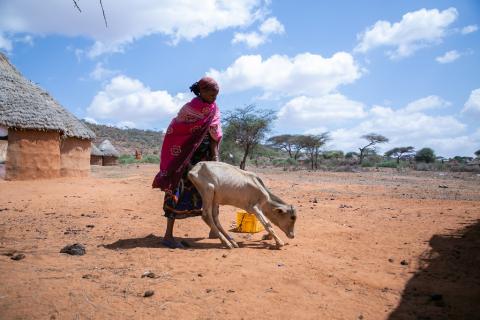